How Did COP27 Change the Sustainability Debate? A Media Analysis 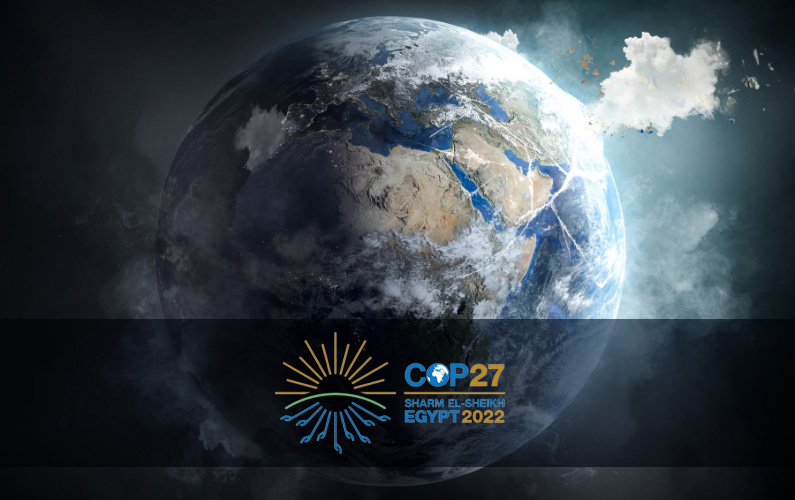 Even though the war in Ukraine engendered more immediate priorities such as energy, geopolitical insecurity and inflation, the public perception of the climate crisis and the challenge we face as humanity has been heightened by the exceptional summer just experienced in much of the northern hemisphere, which saw weather and climate records tumbling.

Against this backdrop, COP27 was closely watched by media outlets and social media users. To see how it influenced the wider sustainability debate, we analysed 850 English-language articles published in top-tier media outlets in the last two months. Here are our main takeaways:

PR and comms people working on sustainability campaigns should expect “loss and damage” to become the new buzzwords when it comes to dealing with climate change.

Many media outlets reported that the crucial climate talks ended with a “historic” deal: a global fund for loss and damage, providing financial assistance to poor nations stricken by climate disaster. It became the largest topic of the COP27 media debate by share of voice, getting more media attention than other trending topics such as Net zero and Sustainable energy:

The deal for the fund was framed as marking a diplomatic coup for small islands and other vulnerable nations in winning over the 27-nation European Union and the United States, which had long resisted the idea for fear that such a fund could open them to legal liability for historic emissions.

The news hit many headlines because It marked the first time countries and groups, including longtime holdouts like the United States and the EU, have agreed to establish a fund for nations vulnerable to climate disasters made worse by pollution disproportionately produced by wealthy, industrialised nations.

Negotiators and non-governmental organisations observing the talks praised the deal as a significant achievement, after developing nations and small island countries banded together to amplify pressure. The creation of the fund also became one of the key demands of activists attending the summit. Unlike in previous years, when huge protests and loud calls for action become part of the event, demonstrations were muted this year.

But while summit delegates affirmed the goal of keeping global warming to 1.5 degrees Celsius, climate experts expressed dismay about a lack of mention of fossil fuels, or the need to phase them down to keep global temperatures from rising.

We see that more and more in our PR measurement work – nation brands being harmed by accusations of washing their reputation by using international events to legitimise their political regimes. Take a look at Qatar being accused of sportswashing for hosting the World Cup.

The same thing happened with Egypt, the host of COP27, which was accused by human rights groups and activists of “greenwashing” — the act of claiming to be environmentally friendly to enhance its reputation. That’s why Egypt became the most often discussed country in the media, overshadowing climate-related news coming from other countries like the US or Norway:

Even Greenpeace was accused by human rights defenders of “greenwashing” the Egyptian government’s image and discouraging other activists from forcefully raising the country’s abysmal human rights record ahead of Cop27,

Criticism of the global conservation group came as human rights advocates have warned that environmentalists should not downplay concerns about Egypt’s human rights record out of fear that it could curtail their access to the global summit or that it might take attention away from achieving climate objectives. Advocates argued that meaningful climate action can only be achieved if scientists, activists and journalists are free to pressure governments to transition away from fossil fuels.

That’s why human rights organisations like Human Rights Watch and Amnesty International became some of the most influential NGOs in the debate, alongside climate organisations.

Even Swedish superstar climate activist Greta Thunberg said she will skip the talks, criticising the global summit as a forum for “greenwashing” and tweeting to express solidarity with “prisoners of conscience” being held in Egypt.

3. The fossil fuel industry has finally come out of the shadows

Another key takeaway from COP27 was the presence and power of fossil fuel – be they delegates or countries. Numerous media publications noted that attendees connected to the oil and gas industry were everywhere – some journalists even remarked that the crammed pavilions felt at times like a fossil fuel trade fair. New data showed that there were more than 600 fossil fuel lobbyists at the climate conference, a rise of more than 25% from last year and outnumbering any one frontline community affected by the climate crisis.

While many environmental groups hoping to encourage the transition away from fossil fuels said it can be beneficial to bring private interests to the negotiating table, these benefits risked being outweighed by the sheer size of the delegations and suspicions that lobbyists attend the talks to slow progress rather than discuss limiting their own industries.

We found that two oil and gas executives – Saudi Aramco’s Amin Nasser and BP’s Bernard Looney – became the most influential corporate spokespeople in the debate, behind the usual pack of politicians and officials:

Saudi Aramco hosted a “green initiative” event at COP, which featured its CEO Amin Nasser touting tree planting, carbon capture technology, hydrogen fuel derived from gas, and a “circular carbon economy”, or recycling, as climate solutions instead of making any commitment to stop drilling oil and gas out of the ground.

Nasser was widely cited as saying the world needs more investment in oil and gas, not less, a message at odds with the sentiment among many country delegations and climate experts and activists attending COP27. “I’m concerned because of lack of investment in the oil and gas in particular,” said Nasser, touching on a frequent theme. Saudi Arabia has resisted calls to urgently phase out fossil fuels, warning that a premature switch has led to price spikes and shortages.

Meanwhile, BP chief executive Bernard Looney was registered as a poor country delegate for COP27. Looney was on the official UN list as a delegate from Mauritania, a west African nation where BP has major investments.

Many journalists asked how the chief executive of one of the world’s leading oil companies came to be part of the team of one of the world’s poorest nations. There has already been controversy over the pressure from some African countries who want to exploit their reserves of oil and gas at a time of high demand in Europe and elsewhere.

4. Brands can face backlash if they don’t get their sponsorship comms strategy right

A sponsorship deal between this year’s climate conference and Coca-Cola, which has been described as the “world’s top polluter” by environmental groups, became a major point of conversation, making Coca-Cola the most influential company in the COP27 debate:

Naturally, environmental campaigners described the partnership as greenwashing. Other companies like IBM, Microsoft, Boston Consulting Group and Vodafone, which also have signed up as sponsors or partners, drew much less flak for their participation than Coca-Cola.

Responding to the criticism, Coca-Cola said it shares “the goal of eliminating waste from the ocean and appreciates efforts to raise awareness about this challenge,” pointing to its “ambitious goals” that start with “helping to collect and recycle a bottle or can for every one we sell – regardless of where it comes from – by 2030.”

The Coca-Cola Company has indeed recently raised €500 million ($494 million) for sustainability projects. However, alongside PepsiCo, it has been named the top plastic polluter for four years running.

Greenwashing is certainly an issue for brands these days, particularly when consumers and NGOs are monitoring every move, ready to call out any company that seems hypocritical in its pursuit of sustainability. While Coca-Cola may have taken a calculated risk with this sponsorship, it may have underestimated the level of negative backlash that it would receive and that the world is currently witnessing. Importantly, and arguably more relevant, is the reputational impact on COP and its mission to drive the most important climate discussions of the year.

This underlines the dangers brands are facing when they don’t design a more sophisticated PR campaign around their sponsorships. Companies can be accused of greenwashing simply out of flawed communication. This sponsorship may make more sense if it were coinciding with the announcement that Coca-Cola was making some massive, game-changing new tech or materials, like hemp bottles, or collecting ocean plastic to make all its 2023 bottles from. But tinkering around the edges of sustainability when it does so much harm is not really enough to make this partnership seem like anything other than greenwashing.

5. The level of scepticism on social media rises as every shortcoming is framed as hypocrisy

Analysing the Twitter debate around COP27 in the last 30 days, we found that the conference was perceived with a strong negative sentiment.

We found that the top keywords used by Twitter users to describe the conference included “hypocrisy”, “gigantic ego fest” and “virtue signalling jamboree”:

Many of the hypocrisy accusations came from posts and reports including various estimates for the number of private planes bringing delegates to the gathering in the beach resort of Sharm el-Sheikh. A number of users shared estimations by BBC, which said that if each of these private jets carried 15 people, each person would account for about three tonnes of CO2 equivalent on their journey. In comparison, if each of these delegates travelled in premium class, they would only be responsible for half a tonne CO2 equivalent each.

In addition, a petition calling for an end to corporate sponsorship of the COP talks, starting with the removal of Cola-Cola, quickly became viral on Twitter. Some users reminded their followers that Coca-Cola was sued by environmental organisation Earth Island Institute in June 2021 for falsely advertising that it is sustainable and eco-friendly.

There were a few who argued that major brands have a responsibility to participate in efforts to address climate change—regardless of where they currently stand in their efforts to reduce climate impact—and their sponsorship dollars should be welcomed as a way to hold them accountable for the promises they make.

But the level of social media backlash goes to show that social media users are quick as ever to describe as hypocritical any sustainability effort that seems inauthentic. Now that everyone has a platform, brands can no longer get away with spin and deception to boost their image with customers, investors or employees. Companies should understand that they’re losing their grip on the public relations hit of announcing sustainability sponsorship campaigns without explaining exactly why their products have a reduced impact or how much CO2 they avoid.