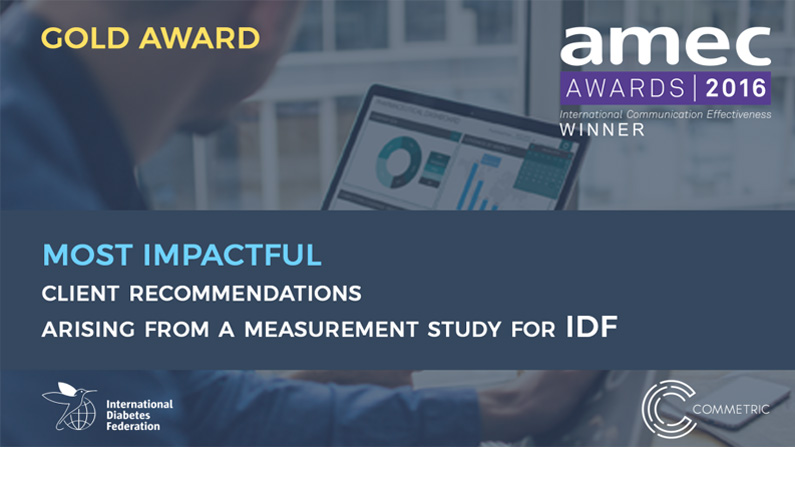 Last night Commetric won gold at the annual AMEC Awards ceremony in the highly competitive “Most impactful client recommendations arising from a measurement study” category. Among the contestants were Gorkana, Isentia, Prime Research and Kantar Media.

This year Commetric was nominated in four categories and proudly won the gold award for its work on identifying advocacy influencers to enhance stakeholder outreach for The International Diabetes Federation.

Chris Shaw, CEO, said: “AMEC has grown considerably over the last five years; it now has 145 members from 42 countries so the competition for these awards is fierce.   The fact that we were nominated for 4 awards is impressive and to come away with a gold is simply fantastic. This is strong proof that Commetric delivers cutting edge analytics for our clients,  and a great testament to the dedication and expertise of our team.”

This follows Commetric’s success last year where we received recognition from the SABREs, the AMEC Awards, and the Golden World Awards.