Surviving in the Wild of Crypto Regulations: A Guide for Investor Relations 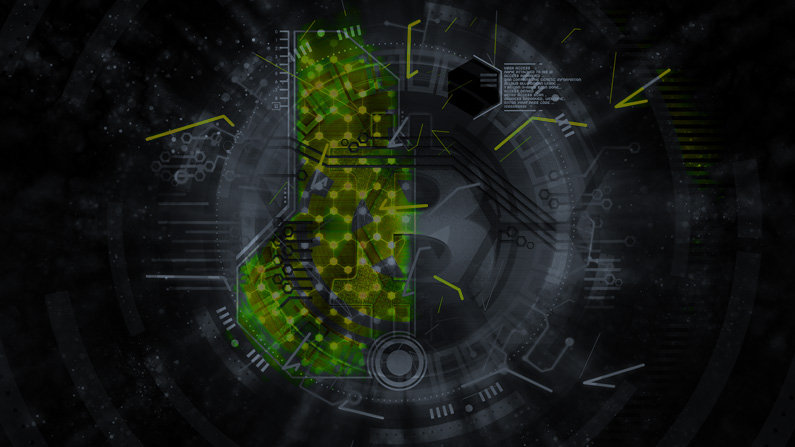 One of the main challenges for investor relations professionals working in fintech is to always be up-to-date with the regulatory climate in their respective industry. This is especially true for the so-called digital economy, a sector growing seven times faster than the rest of the global industries, where regulations are just beginning to take shape.

One particularly problematic aspect is the recent cryptocurrency craze. The market cap of all virtual currencies (around 1600) grew from $21 billion in March last year to over $800 billion, and it is expected to hit $1 trillion in spite of some downward trends from the beginning of this year.

Meanwhile, the currencies are not regulated by centralised authorities, Initial Coin Offerings (ICOs) are not subject to rules similar to the ones governing public offerings, and every little regulatory whiff from individual countries affects their values.

As a whole, regulators still do not have the relevant laws to keep up with the constant flux of the market, and investors and participants in ICOs are barely safeguarded against cyberattacks. Around $400 million from $3.7 billion in funding between 2015 and 2017 were stolen or lost, as pointed out by a research on ICOs by EY. In the meantime, Bitcoin, Ethereum, Ripple, Litecoin and other currencies are continuing to gather momentum.

There is not even a unified regulatory opinion on the Blockchain ecosystem – some countries embrace it, while others ban it. At a summit in Buenos Aires two months ago, the G20 discussed the potential misuse of cryprocurrencies for tax evasion, money laundering and financing terrorism. Specific actions at a global scale have not been taken yet, partly because of the differences between policymakers’ approaches and the fact that they still do not think there is a substantial danger to financial markets – the combined value of the cryprocurrencies is still less than 1% of the global economy.

The biggest crypto market is Japan, the first country to implement regulations for cryptocurrency trading. The Japanese Financial Services Agency acted without fear or favour in March, when it penalised several exchanges and closed others following a $530 million theft of digital currency from exchange Coincheck.

The state of play is quite different in the rest of Asia – China, for instance, has made ICOs illegal, deeming virtual currencies a danger for the financial order. Vietnam has forbidden crypto transactions and India decided that cryptocurrencies are not a legal tender. South Korea’s Financial Services Commission (FSC), Financial Supervisory Service (FSS) and Financial Intelligence Unit (KoFIU) take an alternative route by trying to move cryptocurrency investments and transactions away from anonymised systems and include them in regular financial frameworks.

The most crypto-welcoming watchdogs are in Switzerland, where four of the 10 biggest ICOs are based, and whose Financial Market Supervisory Authority is one of the few bodies to draft comprehensive guidelines for ICOs. The tiny town of Zug is dubbed Crypto Valley, while Economics Minister Johann Schneider-Ammann has expressed his desire for the country to become a cryptonation.

The European Commission is due to decide how to approach the market later this year or in the beginning of 2019, and in February, the European Securities and Markets Authority (ESMA) prioritised cryptocurrency for the first time when developing its agenda.

Last month, Europe’s top markets watchdog, UK’s Financial Conduct Authority (FCA) announced that companies with operations involving cryptocurrency derivatives must fulfill all of its conditions or face penalties. Although the watchdog does not yet regulate cryptocurrencies, it will authorise transactions and services relating to cryptocurrency futures, cryptocurrency contracts for differences (CFDs) and cryptocurrency options. The UK and the EU seem to be unanimous in their approach towards virtual currencies despite the forthcoming Brexit.

In the USA, where policymakers still need to consider how to approach the currencies on a federal level, the Securities and Exchange Commission (SEC) launched a probe, scrutinising ICOs, companies and advisors which may violate securities laws. Meanwhile, Arizona’s House of Representatives will debate a bill, in favour of which the state’s senate already voted, permitting residents to use Bitcoin to pay their taxes. The US Commodity Futures Trading Commission (CFTC) granted virtual currencies the status of commodities and started overseeing Bitcoin futures.

As a result of all the differences among watchdogs, investors need to take extra care in the wilderness of this booming market. Headlines about regulatory changes usually lead to sharp value fluctuations because everybody tries to buy or sell cryptocurrencies as soon as they hear the news.

For example, traders using the Japanese yen took up half the market when Japan announced its regulatory optimism and made Bitcoin a legal payment method last year – and the currency’s price went up. But when South Korea implemented its new crypto trading policies, the value of Bitcoin fell by 15%. If Arizona implements the new tax payment method, this will have positive consequences for the legitimacy and hence the price of cryptocurrencies. Investors should keep in mind that the most important factors in the business have nothing to do with the coin’s technical worth or any specific economic indicators, but with political twists and turns.

The juxtaposition between the prices of Bitcoin after Japan’s and South Korea’s announcements correlates to the mood swings in the news and social media. The polarity of sentiments in headlines and posts plays on the emotions of investors, which are the most important factors in the crypto market. This was confirmed by a new study called Cryptocurrencies as an Asset Class: An Empirical Assessment, in which Daniele Bianchi of Warwick Business School found that there is no correlation between the values of cryptocurrencies and economic indicators – instead, pricing is influenced by current hypes.

The crypto-market is often called “The Wild West”, and that is just the first reason why managing the expectations of investors is of the utmost importance. It does not matter if they have thrived in other markets – all the well-designed strategies they have implemented up to now will be of little help in the wilderness, where there is no sheriff to turn to if they get robbed or fall prey to scammers, cunning exchangers or deceitful information.

The lack of laws means that often even the laws of logic do not apply. Ari Paul, chief investment officer of cryptocurrency investment company BlockTower Capital, famously suggested that at some point in 2018, Bitcoin will trade at both $4,000 and $30,000. Prospects have to be examined more carefully than in other sectors, where there are at least some basic guidelines – for instance, the price of noble metals can’t fall below the cost of mining them.

But the most important reason for managing the moods in this sphere is namely that the whole market depends on them. As we already saw, the value patterns of cryptocurrencies are influenced solely by the emotional swings of investors and not by any economic factors. Bianchi compared the process to investing in an equity from a high-tech company, and suggested that it might resemble the dot.com bubble at the end of the 1990s. Eventually, only a few currencies might survive, “so for investors it is like choosing who will be today’s Amazon”.

Navigating through these lawless territories is a tricky business, and keeping a mindful eye on the political as well as the media scene could be a good way to provide some rudimentary forecasts for all the headwinds and tailwinds. Understanding the whimsical regulatory climate and its implications would be a robust investment in the moods which shape the market’s face.