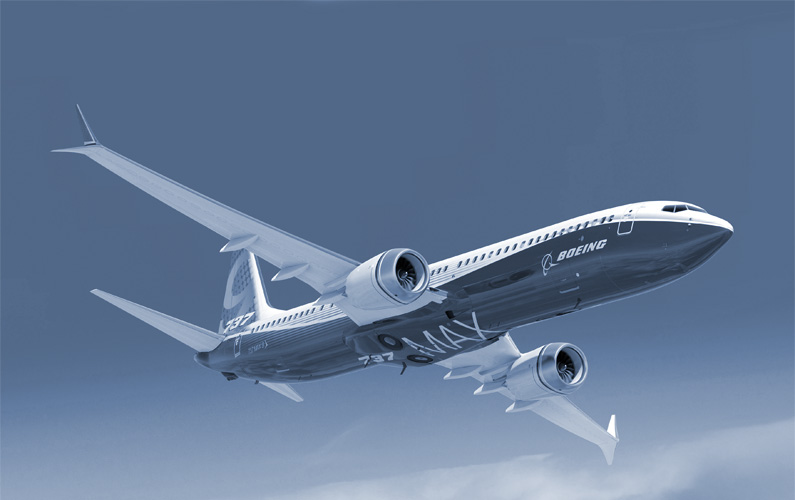 Boeing, the world’s largest commercial aircraft manufacturer, is in the midst of a swelling PR crisis after the Lion Air crash in October 2018 and the Ethiopian Airlines crash in March 2019. The fatal accidents involved the same jet model, the Boeing’s best-selling 737 MAX, which has been a central business driver since the company introduced it in 2017 as “a reliable fuel- and cost-efficient solution to air travel in the 21st century”.

After the news of the second crash broke, national regulators and airlines around the world were quick to ground the 737 MAX. Their decision wasn’t based on hard technical evidence, as the investigation into the incidents is still ongoing, but rather on a loss of trust in the brand – something which Boeing has to restore now. And while the short-term cost of fixing the jet would probably be manageable for the aerospace giant, fixing the company’s image could take much more resources and time.

The reputational damage has quickly made investors knock more than 13% off Boeing’s share price, equal to about $32 billion of market value. Moreover, the passenger backlash may eventually lead to losses of some corporate customers, benefiting its European rival Airbus, which offers a similar fuel-efficient jet.

A research by the Business Insider, conducted a week after the Ethiopian Airlines crash, concluded that 53% of Americans would not want to fly on a Boeing 737 Max even after the Federal Aviation Administration (FAA) clears the aircraft for service. In our own analysis, we found out that Boeing ended up with such a damaged reputation after a series of crisis communications errors.

To evaluate the impact of Boeing’s crisis management, we analysed the Ethiopian Airlines crash media coverage during the three days following the accident in the top-tier US publications, such as New York Times, CNN, Bloomberg, CNBC and so on.

We found that Boeing’s reaction to the crash was the topic of 35% of the articles in our sample.

The company’s initial message was that its jet is safe – a narrative which CEO Dennis Muilenburg started after the first crash, insisting that “the 737 MAX is a very safe airplane”. After the second crash, this message was conveyed by Boeing’s decision not to ground the airplane and to maintain the initial position of the US regulator, the FAA, which said that its “review shows no systematic performance issues and provides no basis to order grounding the aircraft.”

By the second day after the crash, the regulators in the European Union and in countries such as Singapore, India, Indonesia, China, Australia and Turkey, banned the jet. This is why ‘state/institutional reaction’ was the main topic of the media discussion: there was an abundance of reports on the actions taken by countries around the world, in contrast to the company’s rather passive attitude.

On the third day after the crash, President Trump dramatically announced that he is ordering a ban as well, reversing FAA’s decision. Only then Boeing expressed support of the idea to ground the plane, saying it was complying “out of an abundance of caution.”

From a crisis management standpoint, procrastinating a product recall leads to quite unpleasant reputational repercussions – the timespan between issuing a recall and the start of a crisis is negatively related to post-recall brand attitudes. On the other hand, immediate action without signs of hesitation is usually perceived as responsible behaviour, as empirical research has shown.

Boeing could have mitigated the negative effects of its product-harm crisis by swiftly executing a voluntary recall – something which communicates corporate responsibility and concern for consumer well-being (Jolly and Mowen, 1985; De Matos and Vargas Rossi, 2007). Numerous studies (Shrivastava and Siomkos 1989; Siomkos 1999) have demonstrated that voluntary recalls are positively correlated to a company’s post-crisis brand image because they convey corporate values such as honesty and accountability.

In accord, Rupert Younger, director of the Oxford University Centre for Corporate Reputation, told the Financial Times that Boeing was way too slow: “Irrespective of whether it’s their fault, in cases like this it’s almost always the case that organisations that immediately show humanity and empathy and put safety first perform better than those that don’t.”

But Boeing wasn’t only slow and passive – its crisis management was additionally undermined by the insistence that its product was safe, which was hardly a well-formulated message at a time when the media was preoccupied with analysing the two crashes and the similarities between them. From a strategic point of view, such defensive behaviour is negatively linked to the post-recall brand image (Magno et al., 2010) because it often communicates a lack of corporate responsibility and sincerity.

These issues are illustrated by some of the best practice case studies on product recalls in other industries. One of the best-known examples in the crisis management literature is Johnson & Johnson’s successful recall of its pain relief product Tylenol in 1982 after some fatal incidents. The pharma giant implemented a decisive response strategy which included a forthright media campaign, new tamper-resistant packaging designs and a hotline for customers. It didn’t wait for regulators to act first, unlike Boeing.

Johnson & Johnson was praised by consumers, regulators and the media for acting quickly and openly, and for communicating the measures it took. The brand’s image was even boosted by the manner in which it managed the crisis because the company showed that it prioritised consumer well-being even though the recall cost millions.

In a more recent case study, Toyota recalled certain vehicles in 2009 after consumer complaints and some fatal incidents. The company immediately sought to ensure that its spokespeople dominated the news cycle around the event, while its PR teams blogged and utilised various social media channels.

In contrast, Boeing’s presence in our media sample was limited to a few statements and two tweets by the CEO. This lack of communication efforts could perhaps be attributed to the fact that the aerospace giant is a business-to-business organisation and is not used to addressing directly end-customers such as passengers.

Another explanation could be that the aerospace manufacturing market is not especially competitive (unlike the pharma and automobile markets, from where the aforementioned case studies come) and the need for a sophisticated communication strategy has not been that pressing – up to now.

In addition to making it seem passive and damaging the brand’s credibility, Boeing’s lack of pro-active communication strategy created an information void which was filled by the criticisms of other stakeholders, as our analysis found:

In this way, Boeing didn’t take a central place in the media discussion around the incident but rather outsourced the media narrative about its product to critics from across the stakeholder groups. As a result, the media narrative quickly switched from the jet to speculations about Boeing’s passiveness against the backdrop of regulatory activities.

This happened in spite of the fact that Boeing’s CEO Muilenburg was the most often mentioned individual in our media sample:

Apart from quoting his statements, the media also reported that he personally insisted to the president the aircraft was safe, which was widely criticised as a move putting the company’s profitability before consumers’ safety. For instance, Senator Richard Blumenthal suggested on Twitter that an upcoming hearing on the crash would focus on that conversation between the CEO and Trump, and that “Chief Exec’s personal plea to Trump leaves more questions than answers”.

Gene Grabowski, a partner at the public relations firm kglobal, told Vox: “Whether he said that because he didn’t have the facts or was ignorant of the facts, or whether he was trying to veil the fact that he knew [something was wrong].” Boeing’s CEO made a “big mistake” by calling Trump: “Either he was being disingenuous or he was speaking to the president without the facts.”

Right after the crash, high-profile politicians, including Senators Mitt Romney, Elizabeth Warren and John Thuneas, joined the Association of Flight Attendants in calling for the FAA to ban the jet. Meanwhile, Ethiopian Airlines CEO Tewolde Gebremariam said it would be difficult for Boeing to restore his trust in its products, echoing spokesperson Asrat Begashaw‘s assertion that the airline decided to ground its remaining 737 Max 8 planes even though the cause of the crash was still unknown.

Brands in the air

Apart from Ethiopian Airline and Lion Air, the crisis put a number of brands in the media spotlight:

Southwest Airlines and American Airlines, which continued to fly their 737 MAX planes after the crash, had a similar to Boeing’s messaging, saying that they were confident in the safety of the aircraft. They initially planned to continue using the 737 MAX, as they operated 59 planes of this model between their two fleets, with 304 on order.

Southwest was the most often mentioned airline because it had the largest 737 MAX fleet, as a result of which its shares fell 0.4%. Fiji Airways and SilkAir, a Singapore Airlines subsidiary, also said they would keep flying their 737 MAX 8s.

Boeing’s European rival Airbus, whose share went up 0.5%, was discussed for its opportunity to gain a larger market share, especially in China, the world’s fastest-growing aviation market, where the aviation regulator grounded Boeing’s plane in the first day after the crash.

Cayman Airways, Aeromexico, South African Comair and India’s Jet Airways were mentioned for their decisions to ground their MAX 8 planes even though the cause of the Ethiopian crash was still unclear.

They expressed similar concerns: for example, Cayman Airways CEO Fabian Whorms said he was making this move because of its “commitment to putting the safety of our passengers and crew first”, while Aeromexico said it wanted to ensure “the safety of its operations and the peace of mind of its customers.”

Such messages exemplified the extent to which Boeing left judgments about its products to be conveyed by others. The company can’t afford to operate solely on a business-to-business model anymore – it needs to start communicating directly to passengers and airline crew and to ensure it has a grip on the media discussion around its own brand. It should also remember that every crisis often turns into an opportunity to showcase corporate values to a broader public.