Shareholder Activism in the Media: Insights for Corporate Communications 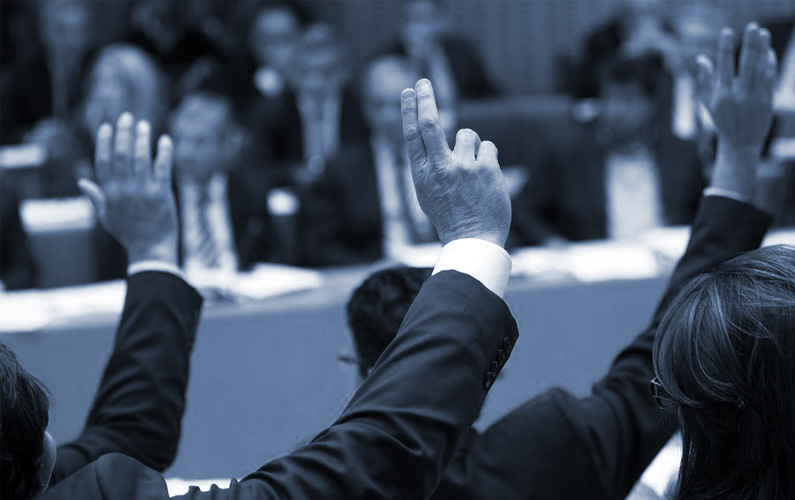 Although a pervasive phenomenon in the corporate landscape, shareholder activism has been on the rise over the last ten years as many companies continue to face new, and sometimes more sophisticated, activist situations. Recent activism-related trends indicate that the environment is continually shifting, leaving many corporations unprepared to deal with activism with potential implications for their corporate reputation.

Shareholder activism is defined as “the use of ownership position to actively influence company policy and practice” (Sjöström, 2008). Although shareholder activism can be exerted through various means such as letter writing, dialogue with corporate management or the board, asking questions at open sessions in general meetings, and through the filing of formal shareholder proposals, our analysis takes a PR view of the topic and looks into the media resonance around shareholder activism, i.e. the amount of media coverage that makes reference to various activist issues. In this regard, we believe that the media can have a disproportionate impact on a company’s reputation due to the fact that in many industries it is the primary shaper of public knowledge and opinions about companies and many activist shareholder situations develop and are resolved through the media.

Our analysis into the motivations behind shareholder activism corroborates previous research on the topic, which has found that activist shareholders are generally driven by two types of motives. The first motive is financially driven, which we refer to as ‘financial activism’, i.e. where shareholders, disappointed by what they perceive to be mismanagement by the firm, pressure the managers and/or the board of directors to do such things as change the business strategy, spin off a losing portion of the business, reduce executive remuneration, or pay out more dividend  to the owners. In contrast, there are other activists who are driven by socially motivated reasons, which we refer to as ‘social activism.’ The typical example for these cases involves shareholder concerns for the natural environment, human rights, and/or employee welfare.

The most prominent trend in financial activism is the increase in M&A activism, with activists challenging deals not being in the best interest of shareholders, or using potential M&A transactions as a rationale for their involvement in the company. As per data by leading financial advisory firm Lazard, approximately 46% of all activist campaigns in the first half of 2019 had an M&A angle.

The rise in financial activism does not present any unforeseen challenges to PR and corporate communications professionals, as financial and M&A communications are now an established practice among practitioners drawing on an ever-increasing number of M&A deals in many industries. What constitutes a bigger challenge is the upsurge in social activism stemming from the rising popularity of ESG (Environmental, Social and Governance) investing and the higher expectations from companies to better demonstrate and deliver on their purpose to society.  While there is no firm estimate, our research suggests that socially-driven activism accounts for nearly 40% of all shareholder activism reported in the media.

For more on this topic, read our analysis “Sustainable Finance: The Rise of the Value-Driven Investor.”

The range of motives pursued by ESG activists can be extracted by analysing the so-called “no-action letters,” issued by the SEC to agree that it will take no civil or criminal action against a company in relation to a specific complaint brought up by activist shareholders. The results from such an analysis, carried out by law firm Shearman & Sterling in their 2019 Corporate Governance & Executive Compensation Survey, are presented below:

As we are interested in the media impact of shareholder activism, we used our proprietary reputation analytics platform ComVix to identify references to shareholder activism in over 50,000 English-language business news publications over a period of 3 years- from 2016 to 2019. While other media analytics platforms categorise entities or topics, ComVix is capable of disambiguating sentence structure to classify the business events that drive corporate reputation by using a hybrid technology between rule-based NLP and machine-learning. The analysis that follows is based on 19,473 articles and focuses on US large-cap public companies.

It is interesting to note that the industry ranking in terms of which industries are most impacted by shareholder activism differs depending on whether we look at media resonance, i.e. the amount of media coverage referencing shareholder activism, or incidence, i.e. the number of companies subject to activist action reported by the media. Thus, in spite of the high media resonance, the Household & Personal Goods and the Retail industries have considerably lower incidence compared to the other industries at the top of the list. The high media resonance of the Household & Personal Goods industry is due to the 10-month long Procter & Gamble vs Nelson Peltz proxy battle, considered as the most expensive shareholder war in history, whereas the increased media coverage around the Retail industry is due to three companies: Bed Bath & Beyond, Barnes & Noble,  and eBay.

Apart from these exceptions, the industries at the forefront of activist action, both in terms of media resonance and incidence, are Technology, Health, Financial Services, and Energy. This is hardly surprising as these are the industries facing the biggest corporate reputation challenges recently, which often gives rise to social activism. At the same time, these industries are also facing the biggest disruption, which causes increased M&A activity, digital transformation and disruptive innovation, and hence motivates financially driven investors to engage in activism.

For more on the topic of disruption in pharma, read our analysis “Biosimilars in the Media: Pharma’s New Market Disruptors?”

For more on the topic of M&A in pharma, read our analysis: “Pharma M&A: The Importance of Good Comms Strategies.”

For more on the topic of social activism in the energy industry, read our analysis: “Big Oil and Sustainable Energy: Sowing the Seeds of Green Reputation.”

The top twenty companies impacted by shareholder activism in the three-year period from 2016 till 2019 are presented below:

The high media resonance around Procter & Gamble is due to the prolonged proxy fight with activist investor Nelson Peltz, which ran almost throughout the whole of 2017 and culminated in December 2017 with the appointment of Peltz to P&G’s board despite the investor losing the battle.

The P&G vs Peltz case is an excellent example of how important it is to have a well-laid out communications strategy to deal with shareholder activism, especially for companies which are constantly in the media spotlight.

Although in the end P&G narrowly won the fight with Peltz, the company made some classic PR and communications mistakes, which discredited its motives and efforts not to give Peltz a board seat. P&G’s communications strategy against Peltz can be best described as a ‘kitchen sink’ approach, as they used the media to push forward all kinds of arguments in the hope that something will stick:

P&G’s attempts to change the conversation through different messaging and attacks on Peltz did not necessarily resonate with investors and proxy advisors. At the same time, Peltz consistently propounded one simple argument: P&G is not performing well, and he wants to help turn the company around, denying many of the allegations made against him.

The shareholder activism around Facebook in the period under review fits in with the company’s reputation challenges over the past two years. Starting with the Cambridge Analytica data scandal, Facebook has seen substantial reputational loss as reflected by authoritative reputation rankings such as Reputation Institute’s RepTrak and the Harris Poll Reputation Quotient.

A survey conducted by Harris Poll found that 69% of Americans consider data privacy a number one priority, while only 15% thought that Facebook does a good job at protecting sensitive information. In addition, only 22% of Americans said that they trust Facebook with their personal information, significantly less than Amazon (49%), Google (41%), Microsoft (40%) and Apple (39%).

Thus, a great deal of activist action with regards to Facebook in the review period fell into the social activism category: concerns over data privacy, calls for establishing ideological diversity among board members, etc., with new challenges and accusations continuously added to the list. Our research into Facebook’s reputation as reflected by the ComVix Reputation Index (CRI) is in line with the above-mentioned indices, attributing its negative reputation score to the Illegality, Litigation and CEO dimensions of CRI.

For more on this topic, read our analysis “From Media Data to Reputation Analytics: A Case Study of Facebook.”

Unlike Facebook, whose reputation continues to decline, Apple’s reputation has started to rebound after a drop in its RepTrak score in 2018, the year in which the company was subject to increased shareholder activism.

In January 2018, Apple faced activist pressure over children’s iPhone use when two Apple investors voiced their concerns over kids’ smartphone addiction and its mental health effects. In response, Apple was quick to come up with a statement promising to make its devices safer for children by introducing new features and tools.

Do not consider activism a fading force. Shareholder activism is not going away anytime soon, and the strategies to deal with it need to evolve in response to the current environment and recent trends. Understanding how the landscape has changed in recent years will help ensure that companies are well-prepared in the event of activist action.

Understand activism trends in your industry and region. Activism is constantly evolving, and past patterns of targeting may well underestimate a company’s present vulnerability. For example, as per Lazard’s 2019 Annual Review of Shareholder Activism, over the recent years there has been a decline in US targets and an uptick in activity in Japan and Europe. An effective tool for monitoring activism trends is media analytics due to the central role of the media in mediating and resolving activist situations.

Perform a vulnerability assessment. Staying ahead of activists looking for potential targets requires continuous scrutiny of operating performance, business strategy, and corporate governance. A vulnerability assessment also includes an analysis of shareholders and potential activists, as well as possible motives for engaging in activism. An example of such an analysis is presented below:

Develop and articulate a solid communications strategy with an impactful ESG message. Listening to shareholders is important, but it is just as important to ensure that they fully understand the firm’s strategic direction. Frequent communication around performance metrics, management’s goals, and the drivers of the business can further this understanding, ultimately making it more difficult for an activist to second-guess. In the context of rising social activism, a solid communications strategy should also include developing a clear ESG message that will resonate with the company’s stakeholders.

Staying on message and keeping the high road are vital. Consistent and easy-to-understand messaging is key for shareholders looking to bring about change. This is especially true when the shareholder base has a large retail component and the targeted company has a complex business with problems that may be difficult for the layman to understand.  In the case of Procter & Gamble, Peltz boiled down his value creation strategy to a few key points: reverse the loss of market share, simplify the matrix organizational structure, and add critical consumer packaged goods expertise on the board. Then he had the discipline to stay on message for the full 10-month campaign and not try to go blow by blow.