TikTok in US Media: Can TikTok Come on Top of a Political Crisis? 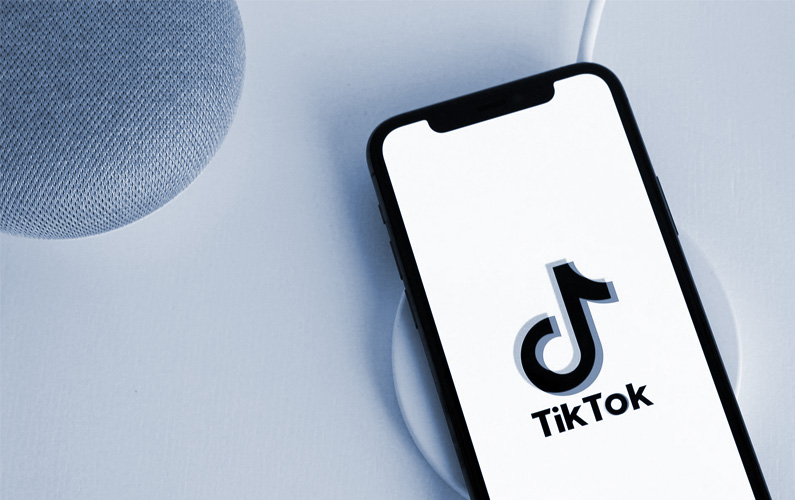 It all started in July when U.S. Secretary of State Mike Pompeo announced that the government was considering banning TikTok from the United States as American authorities have raised concerns the service could be a tool for Chinese intelligence. Since then, the Chinese video-sharing social networking service has been embroiled in one of the most severe political crises any company has ever seen.

The media discussion around that crisis has been far from one-sided. While politicians have been eager to address their cybersecurity concerns, many experts pointed out that there is no evidence that TikTok user data was being used or collected by the Government of China. In fact, some noted that the amount of data collected by TikTok was similar to that collected by was even less than that collected by Facebook.

Nevertheless, Trump ordered China’s ByteDance to divest ownership of the app and threatened to shut down its U.S. operations through executive action. For many commentators, all this talk of national security was simply being used to ban a platform populated by predominantly young people who dislike Trump and have used TikTok to criticise and mock him.

After ByteDance agreed to divest TikTok outright to prevent a ban in the United States, media outlets like The Wall Street Journal and Bloomberg broke the news that Trump was set to order the sale of TikTok’s US operations and that Microsoft was in talks to acquire the app – a deal which could be valued in the tens of billions of dollars.

Part of the media conversation looked at TikTok’s odyssey through the lens of the US-China trade war. As the two largest national economies embroil in a trade showdown, it is individual companies which are in the centre of extensive reportages and economic commentary: the dispute is not just between the two countries, but also between corporations and policy makers, as the former are usually opposed to protectionist approaches.

For more on this topic, read our analysis: “US-China Trade War: Corporate Communications in the Battlefields”.

In order to examine the dynamic media conversation around the TikTok crisis, we analysed 608 articles published in top-tier US outlets between 01-08 August 2020. We conducted a qualitative analysis in order to find the most prominent topics, coverage drivers, spokespeople and commentators in the media conversation around TikTok during that period.

We found that the media conversation could be broken down into five main topics:

‘Cybersecurity/political concerns’ was the largest topic as most articles gave details on the worries TikTok could pass data to Chinese state agencies and pondered whether these worries were justified. Many analysts saw the ban as the latest attempt by Trump to curb China’s influence, reflecting the broader anti-China stance within the Republican Party ahead of the November elections.

The ‘Tech firms reaction’ topic traced mainly Microsoft‘s talks to buy TikTok’s US operations. Microsoft acknowledged the cybersecurity concerns around the deal in its blog post confirming the acquisition negotiations, pointing out that “Microsoft would ensure that all private data of TikTok’s American users is transferred to and remains in the United States.”

Microsoft‘s announcements were perceived as rather unusual since the company doesn’t typically confirm it’s in acquisition talks before deals are closed. Because the tech giant specifically thanks President Trump for his personal involvement, some journalists noted that the blog post may have been prompted specifically by allies of the president pressuring the company to acknowledge the deal publicly.

Others thought that the acquisition seems a little unusual given Microsoft’s buttoned-up business demographic and TikTok’s focus on dancing teenagers. But for many experts, TikTok might be the deal which could make Microsoft cool again by giving it a long-awaited fountain of youth.

The ‘TikTok/ByteDance reaction’ topic came third, which goes to show that TikTok’s response to the crisis wasn’t particularly well-covered in the US media. TikTok said it’s “here for the long run”, with U.S. General Manager Vanessa Pappas saying in a video: “We’re not planning on going anywhere. We appreciate the support, we’re here for the long run and continue to share your voice here and let’s stand up for TikTok.” On the question of security, she said: “When it comes to safety and security we’re building the safest app because we know it’s the right thing to do.”

But Pappas wasn’t that widely cited in the media conversation. In fact, just 20% of the articles in our sample featured TikTok spokespeople such as CEO Kevin Mayer, Vanessa Pappas, its US general manager, and Zhang Yiming, the founder of ByteDance.

The most central TikTok spokesperson was Zhang Yiming, chief executive of ByteDance, who said that he wished to expand as a global company but that TikTok faced an “intense international political environment, the collision and conflict of different cultures, and the plagiarism and smear of competitor Facebook.” He also noted that a forced sale of TikTok to a U.S. company was part of a legal process which the company will abide by if needed, but he alleged that the sale was “not their goal…Their real objective is to achieve a comprehensive ban.”

On the other hand, 50% of the articles featured third-party commentators, the most often quoted of whom were politicians such as US Secretary of State Mike Pompeo and Trump’s trade adviser Peter Navarro, who naturally discussed TikTok with a negative sentiment.

US Secretary of State Mike Pompeo was the most central politician, citing “national security risks that are presented by software connected to the Chinese Communist Party” and hinting that the administration was looking at other Chinese software companies that he said fed data to China’s government.

Pompeo expanded a program dubbed “Clean Network” to prevent various Chinese apps and telecoms firms from accessing sensitive information on U.S. citizens and businesses. Meanwhile, the second most central politician, White House trade adviser Peter Navarro, suggested that Microsoft could be required to “divest its Chinese holdings” in order to be allowed to buy TikTok.

But other commentators including corporate representatives like Microsoft CEO Satya Nadella, market analysts and TikTok influencers spoke in a generally positive tone, making the media discussion a sharply polarised debate with a clear demarcation line between politicians and the rest of the commentariat.

In fact, Satya Nadella was the most central figure in the media debate, as he was referenced by the largest number of media outlets. Most journalists reported that he had a conversation with President Trump regarding the purchase of TikTok. Microsoft’s assurance that it would ensure that all private data of TikTok’s American users is transferred to and remains in the United States was also widely covered. Some publications called Nadella “the architect of Microsoft’s transformation from PC operating systems to cloud computing”, who has already overseen some big deals, including the acquisitions of Minecraft and LinkedIn.

Some articles featured commentary by prominent TikTok influencers from the US, all of whom naturally defended the company. For instance, Zach King, one of America’s most famous internet personalities, who has over 45 million followers and is the third most-followed individual on the platform, said the ban will be a shame: “It’s a unique culture that a lot of people don’t understand. Labelling it a “lip-sync/ dance app” is totally missing the point. This is one of the first apps we’ve seen to be able to amplify a new generation of storytellers, and creators, at such a massive scale.”

Nearly 90% of the articles mentioned other tech brands, most notably Microsoft:

A particularly prominent company in the discussion was Facebook, which introduced its own version of TikTok by rolling out a new short-form video service called Reels as a feature within Instagram. The new service, which came days after Microsoft said it was in talks to acquire TikTok, escalated the rivalry between Facebook and TikTok, and many commentators saw Reels as an apparent attempt to steal TikTok’s teenage users.

Like TikTok, Reels allows users to record short mobile-friendly videos, then add special effects and soundtracks. Because of those similarities, TikTok CEO Kevin Mayer called Reels a “copycat product” that could coast on Instagram’s enormous existing user base after “their other copycat Lasso failed quickly.” TikTok also said ByteDance has faced “difficulties” because of Facebook’s “plagiarism and smears.”

This allegation came days after Facebook faced similar charges at a congressional hearing in which Mark Zuckerberg was questioned alongside Apple’s Tim Cook, Amazon’s Jeff Bezos and Google’s Sundar Pichai over the alleged abuse of market power. With Facebook, lawmakers suggested the company has copied rivals like Snapchat for anti-competitive reasons.

For more on Big Tech’s recent troubles, take a look at our infographic: “Does Big Tech Have a PR Problem?”

Actually, Snapchat itself launched a service to lure TikTokers by partnering with music companies like Warner Music Group, Warner Chappell, Universal Music Publishing Group, allowing users to select songs from a catalogue of music to add to their posts. The music can be added either before or after the video is shot, and those viewing the post can swipe up to view information about the song.

In the meantime, Twitter has had preliminary talks about a potential combination with TikTok, while Google parent Alphabet considered participating in a group bid. Tencent, one of China’s largest companies, featured in the conversation as Trump banned financial transactions with it because of its messaging service WeChat, which allegedly posed the same risks.

Some analysts thought that TikTok’s situation is similar to the public relations frenzy over video-conferencing company Zoom which thrived under lockdown but faced a wave of scrutiny over its security and privacy practices, including its use of Chinese servers. To manage the crisis, CEO Eric Yuan organised webinars, gave numerous interviews and strived to educate the public about the Zoom side of the story. As a result, the company didn’t lose customers and even attracted more.

In fact, TikTok has the opportunity to draw from a rich crisis management playbook, as nearly all major social media platforms have faced allegations of mishandling privacy and cybersecurity. The most notable example has been Facebook, which tried to make a transition of emphasis from the News Feed to a “privacy-focused communications platform” to bring the company’s messaging products to the fore and unify them around six principles: private interactions, encryption, reduced permanence, safety, secure data storage and interoperability.

In contrast, TikTok’s responses have been low-key, relying primarily on statements. This is evident by the limited media resonance of their response and the dominance of the “TikTok is risky” narrative.

In the tech industry, corporate governance (honesty, transparency and ethical behaviour) has come at the wheel of corporate reputation management: companies’ performance in this area relates to their ability to earn a license-to-operate by stakeholders such as regulators and policy makers. For CEOs, this means that a clear focus on responsibility and accountability is the way towards reputational gains. For communications executives, there is a growing need to reframe corporate narratives and reconsider the way companies can earn stakeholders’ trust.

TikTok has some advantages over other social media companies – it hasn’t been vilified by consumers like Facebook, its CEO hasn’t been portrayed as a hardcore business Goliath like Amazon’s and it has a massive influencer base ready to defend it in the media, as our analysis shows. Capitalising on these benefits might be just the corporate governance TikTok needs right now.

For more insights, download our 14-page report “TikTok in US media”.