What’s Beyond Purpose? How to Use ESG to Stand Out From Your Competitors 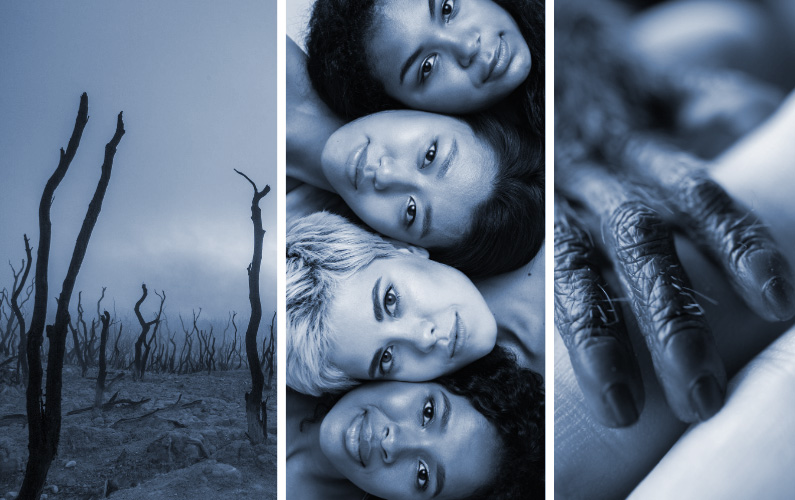 What’s the purpose of “Purpose”?

No comms practitioner can have missed the dominance of “Purpose”. Once upon a time it was such a simple little word:

“the intention, aim or function of something; the thing that something is supposed to achieve”

Simple and powerful. But the term has become overused, diluted and vague – trapping us in a dilemma. Every day you’re told you must deliver “purpose-driven” campaigns. But for so many practitioners that’s terrifying – If you don’t work for a brand which aspires to save the world, how can you deliver purpose?

It’s a risk. If you get it wrong the reputational price is high. More than ever, the notion of corporate reputation has come to imply putting purpose before profit and delivering value to all stakeholders, instead of merely focusing on the interests of shareholders. Companies are scrutinized daily for their approaches towards the social issues of the day and this creates risk as well as opportunity.

We looked at who’s driving the debate, and critically – where can you build your presence? Our findings help shed light on how to turn buzzwords into practical action that creates measurable impact for business.

Focus on ESG instead

Our analysis shows that comms professionals should move beyond purpose and focus their efforts on ESG – a much more specific and tangible concept with better defined KPIs which is yet to gain full momentum.

Environmental, social and corporate governance (ESG) is a way of handling a company’s operations which takes into account not only the potential financial returns of an investment but its social impact as well.

ESG has been big news in the City for a while – ESG integration into listed equity investments has made it the most widespread responsible investment practice in the market today. But it hasn’t reached its potential. More than half (53%) of the respondents in a survey by financial corporate communications firm Citigate Dewe Rogersonsaid their companies do nothing to publicise their ESG activities.

It’s starting to change in the communications world too – evidenced by recently created ESG divisions at various consultancy groups, such as Edelman’s recent hire of former MP Chuka Umunna as executive director and head of its ESG consultancy arm.

ESG in the media

The media conversation around ESG has reached new peaks during the pandemic. We analysed more than 600 thousand English-language posts on both traditional and social media around the subject of ESG from October 2019 to September 2020.

Our research shows that, in the early days of the pandemic, many commentators were worried that COVID would preoccupy the corporate world and companies wouldn’t be able to sustain any ESG commitments.

However, the pandemic did exactly the opposite and magnified the impact of ESG on strategy and risk. In fact, well managed crises can present companies with opportunities to gain trust and respect by developing relevant ESG efforts. In the context of the pandemic, many companies are expected to play a greater role in helping not only employees, but whole communities by manufacturing personal protective equipment (PPE), ventilators, hand sanitizers and masks.

But this trend is in traditional media more than social – ESG has been a focus for news outlets more than it was for social media users.

ESG is a topic yet to be developed on social media channels. This provides a major white space for comms professionals.

Furthermore, the top influencers tweeting about ESG are quite narrow and predominantly business professionals:

They’ve mostly been tweeting news and opinions on the latest ESG developments in the corporate and financial world. The tweets that received the highest engagement concerned issues like BlackRock advising the EU on environmental rules for banks, Goldman Sachs refusing to take companies public without ‘at least one diverse board candidate,’ and ethical investments outperforming traditional funds. Having started his new role at Edelman, Chuka Umunna has regularly shared his thoughts on how the private sector should play a more active role in transforming society.

However, the most influential Twitter user around ESG was not from the business community but unexpectedly Nancy Levine, author of the bestselling four-book series starting with The Tao of Pug. She reacted to a news segment posted by President Trump alleging that a 75 year -old man assaulted by Buffalo police officers was an Antifa operative, and asked why YouTube and Google allow such instances of disinformation to circulate. She then suggested that investors should utilise ESG to pressure companies to ban propaganda. The virality of her posts is a good example of how influencers outside the investment profession could navigate the discussion around ESG and raise awareness of the various problems it addresses.

Our qualitative analysis of 617 English language articles in top tier media outlets discovered that the publications which reported on ESG developments were primarily financial – the top outlets in our analysis were CNBC, Bloomberg, Financial Times and Reuters. The Financial Times has been especially active with its Moral Money series which explores the world of socially responsible business, sustainable finance, impact investing, ESG trends, and the UN’s Sustainable Development Goals.

But we still identified many white spaces to explore.

Climate change is one of the highest-priority risks for investors today, due to the global instability man-made climate change would create. Many companies are therefore focusing their ESG efforts on their assessment and response to climate change risk, either as one of several top risks or as a singular entry point into the ESG domain.

The diversity and inclusion topic gained particular prominence after George Floyd’s death and the growth of the Black Lives Matter movement. Consumers want the corporate world to step up and play a central role in addressing systemic racism – 60% of respondents in an Edelman survey said that brands must take a stand to publicly speak out against racial injustice and that they need to use their marketing dollars to advocate for racial equality and to educate the public on the issue. That same 60% also said that they will buy or boycott a brand based on how it responds to the current protests.

However, ESG issues such as human rights, animal welfare and employee relations are underdeveloped in terms of media attention, leaving an opportunity for brands to stand out and position themselves as the leaders in these fields. In addition, other ESG issues such as management structure and executive compensation are almost completely missing from the media discussion.

Our analysis indicates that the ESG space still hasn’t been populated with a great variety of sectors and companies. For now, three industries dominate the conversation: financial services, tech, and oil and gas. These companies are clearly positioned in an industry-specific manner, as shown in this graph illustrating the proximity of each company to the others in the media discussion.

Because ESG is still largely a financial topic, financial institutions dominate the discussion, with BlackRock being the most influential. BlackRock has worked towards positioning itself as a global leader in sustainable investing, with a range of ETFs in the US and Europe that incorporate ESG criteria. The company has nearly 25% of the market segment with $7 billion of assets and its research indicates that its ESG ETF assets will grow to $250 billion by 2028. In fact, BlackRock has been the trend-setter for the whole ESG domain

Tech companies are also striving to set the trend for ESG investing: for instance, Amazon pledged $10 billion to fund climate change solutions and Microsoft was considered the biggest winner from stock market investment into ESG funds. Commentators noted that hard-core ESG investors would avoid Facebook because of the many privacy scandals.

And in a move that has been dubbed a “public relation’s hit”, Google parent Alphabet announced the issuance of a USD $5.75 billion ESG bond – the largest ever in the corporate sustainable or green bond market. The company wants to support investments in causes like racial equality, small and medium businesses impacted by COVID-19, as well as affordable housing, clean energy projects and green buildings.

Oil and gas companies are also a dominant presence in due to the focus on climate and sustainability, as green energy seems to be winning in the court of public opinion. Even in the US, the hotbed of climate change denial, the majority of citizens across the political spectrum are in favour of expanding renewable energy sources, as the Pew Research Center has found. In the UK, the government’s Public Attitudes Tracker has indicated that support for renewable energy has climbed to 85%.

Unlike purpose, ESG provides a concrete framework we can use to build reputation.

But rather than accepting ESG standards as another kind of regulation, companies should recognise that embracing them is very much in their own interests. They should be communicating their achievements to key stakeholders and use it as part of their crisis communications strategies,

In conclusion, here are three takeaways for comms practitioners to consider: