Femtech: Will the Latest Digital Health Trend Hit the Mainstream? 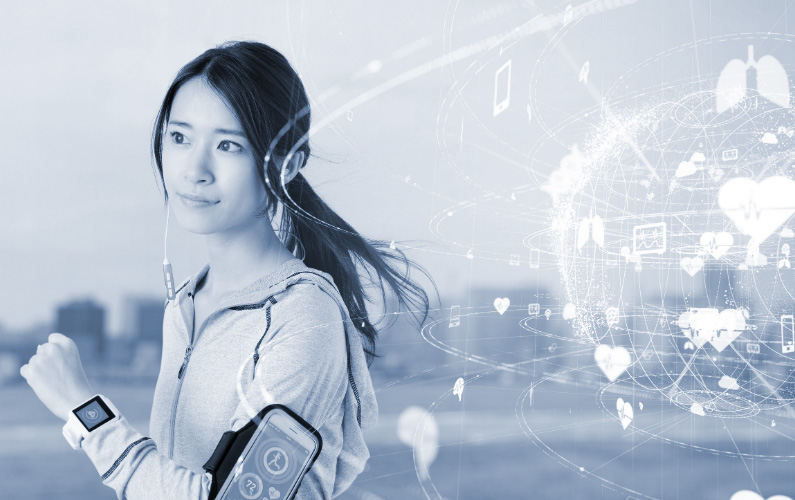 The word “Femtech” (denoting medical devices utilised for women’s health) was coined by Ida Tin, founder of the fertility tracker Clue, in 2016. Since then, it gained much popularity within the digital health space, as women’s wellbeing is being transformed into a key growth market for global brands, prompted by cultural shifts like the #MeToo movement and a growing interest in diversity and inclusion.

When reporting on the latest femtech developments, commentators often note that women have been historically vastly underserved as customers: only 4% of global healthcare R&D funding has been allocated to female health, while women are 51% of the world’s population and make 80% of healthcare decisions in the US.

Communication professionals have addressed the educational gap about women’s health by trying to introduce more female-friendly branding or to remove taboos from the subject of feminine sexuality. Prominent examples include the #GetOnTop campaign, created by sexual wellness brand Sustain Natural to encourage women to take control of their sexual health, and Durex’s “Ladies let’s lube” campaign which tackles female sexual discomfort.

Although still operating on start-up budgets, femtechs have also sought to scrap the stigma around women’s health issues and raise awareness of female-specific needs. However, some critics have remarked that the term “femtech” makes women’s health feel niche and therefore easy to ignore by venture investors who are predominantly male – a new report by PitchBook found that the industry is still struggling to catch the attention of venture capitalists.

To examine the media conversation around femtech, we analysed 971 English-language articles published in the last 12 months. We found that there was not a great variety of topics – most articles talked about investing and the latest market trends in the femtech sphere.

Willow, a start-up making an in-bra wearable breast pump, was mentioned most often in the media conversation:

Willow was in the news for securing $55 million in fresh funding and hiring Laura Chambers, former eBay and Airbnb manager, as Chief Executive Officer, as it expects to be bringing new products beyond the breast pump in 2021.

Elidah, which produces a home-use treatment for incontinence, was mentioned as the only US company to win a global start-up competition in Singapore this month. Gloria Kolb, co-founder and CEO of Elidah, said that “women’s health should not be a taboo subject, and I hope that investors realise it presents a large market, ripe for innovation.”

Maternal health telemedicine and benefits platform Maven announced a record $45 million Series C funding and backed by celebrity investors like Mindy Kaling and Reese Witherspoon, who are among the of the most famous public advocates of the gender equality movement.

Sifted.eu and eu-startups.com, websites featuring news and analysis on European startups and their founders, attracted engagement with lists of the top femtech startups in Europe today or analyses of why most healthtech products default to ‘mentech’. One of the most popular articles across social platforms, Wired‘s “We need to talk about investors’ problem with vaginas“, tackled an aversion amongst male venture capitalists to talk about vaginas is belittling a whole generation of female entrepreneurs.

Technology-focused outlets like TechCrunch and MobiHealthNews, as well as more specialised websites such as womenofwearables.com and femtechinsider.com, talked about the latest femtech innovations, again with an emphasis on investing.

In addition, the majority of the top influencers in the Twitter discussion came from the business world. They’ve mostly been tweeting news and opinions on the latest femtech developments in the corporate and financial world.

The most influential Twitter users were two female CEOs: Sophia Ononye-Onyia of biotech marketing consultancy The Sophia Consulting Firm, and Marija Butkovic of Women of Wearables, a global organisation aiming to support women in emerging technologies.

Not all influencers were female – for example, start-up advisor Ravi Kikan, author of How To Validate Your Startup Business Idea, who tweets about emerging tech and venture capital, came third in our list.

He was followed by Cindy Gallop, brand and business innovator, and Estrella Jaramillo, women’s advocate and Inclusion & Wellbeing Strategist at BetterUp, a platform for professional coaching. Investors like Sophia Bendz and Bérénice Magistretti were also particularly prominent.

Another femtech CEO was Jill Angelo of Gennev, a company that specialises in telehealth for menopause. “I hope that, collectively, this focus on menotech will start to normalize menopause so that it’s not this thing that’s brushed under the rug,” Angelo recently told Wunderman Thompson, which identified ‘menotech’ as one of the top trends in its 2020 Future 100 report.

We think that comms professionals within the femtech sphere should go beyond financial and tech publications, and promote their brands by offering regular commentary on women’s health issues to mainstream media outlets.

Comms specialists working for femtech firms could tap into three trends on traditional and social media: