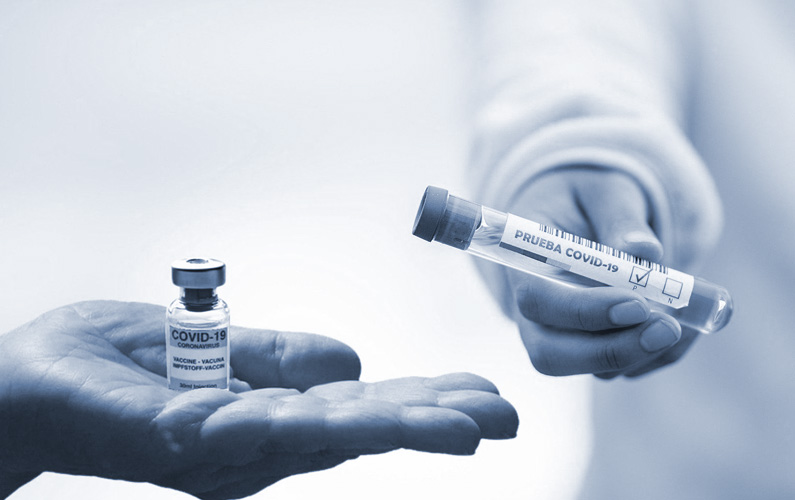 In the past few years, the pharmaceutical industry has been experiencing unprecedented reputational declines, mainly because of some companies’ association with the opioid crisis and high drug prices.

As the media conversation around the ongoing US opioid epidemic became more intense, the companies involved have been under ongoing pressure of litigation and public shaming. As a result, much of the recent media coverage demonised pharma companies and told stories of wasted lives. This conversation hasn’t stopped even during the pandemic: last month, for instance, Purdue Pharma pleaded guilty to criminal charges over sales of its painkiller OxyContin.

Meanwhile, drug price levels have been one of the hottest topics discussed in the US media in the last 30 years, as a recent communications study found. The debate has been intensified by the launch of a number of breakthrough high-cost specialty medicines, whose prices (often above $100,000 per treatment course) stirred up growing discontent.

Many commentators have accused brand name drug companies of gaming the Food and Drug Administration (FDA) system that limits the distribution of some medicines so that they can avoid giving samples to generic drug manufacturers, which as a result cannot prove their products are as safe and effective as the more expensive brand name predecessors.

The allegations of exploiting the FDA system in the context of generics are similar to the suggestions that Big Pharma has a tendency to play the patent game to ward off competitors in the context of biosimilars and to prolong the commercial dominance of brand-name medicines.

And while the allegations of price-rigging and patent exploitation have contributed to the common public perception that pharma companies manipulate the system to keep drugs expensive, the allegations for causing the opioid crisis have contributed to the perception that pharmaceutical corporations are ready to risk patients’ lives for better financial performance.

In 2019, the media conversation around the opioid crisis in the US has immensely strengthened the already popular narrative portraying Big Pharma as an industry which prioritises profit over consumer well-being. According to a 2019 Gallup poll, pharma was the most poorly regarded industry in the US, unseating the federal government. In fact, the net ratings for the pharma industry have never been lower since Gallup started its industry surveys in 2001.

For more on this topic, read our analysis “Opioid Crisis: The Hardest Blow to Pharma’s Reputation?”

However, new studies have shown that pharma is experiencing a reputational boost as the coronavirus pandemic highlights its role in developing medications and vaccines. The latest Harris Poll survey shows pharma’s reputation is holding strong these days: 40% of Americans have a more positive view of the pharma industry than they did before the pandemic began.

Seventy percent told the market researcher that the industry’s overall response to the pandemic is the main reason for their more positive feelings. Efforts to develop a vaccine (58%), develop or find treatments (56%), create diagnostic tests (56%) and protect medical professionals by providing masks and protective gear (46%) also rated as key reasons perceptions have changed.

The media has been a key factor: overall, 81% of those surveyed said they had seen, read or watched some kind of news about the pharma industry’s efforts in relation to COVID-19.

Moreover, data-intelligence company Morning Consult found that the pharmaceutical industry’s net favorability increased this year to 17% from 13% (net favourability is defined as the share of people with a favorable impression minus those with an unfavorable impression). Among consumers who have a bachelor’s degree and earn more than $100,000 a year, net favorability of the pharmaceutical industry increased to 28% from 17% during the same period.

Likewise, Edelman‘s 2020 Trust Barometer Special Report on healthcare showed that trust levels in health and its subsectors have increased substantially. Pharma had the highest rise across all subsectors, a record-breaking high of 73% of those surveyed globally expressing trust in the industry.

In a recent LinkedIn post, Kirsty Graham, CEO of Edelman Public Affairs and Chair of Edelman’s Health team, said that the public is relying on pharma companies: “Quite simply we won’t be able to manage Covid-19 without the pharmaceutical industry, and it appears the public is viewing the size, experience and global footprint of these companies as a source of hope and expectation that they will lead the way on new developments and discoveries.”

A narrative shift in the media

To analyse how this shift in corporate reputation has been reflected in the media, we used our proprietary reputation analytics framework ComVix, which uses advanced AI to track almost 500 news-reported business events categorised into 18 overall reputation drivers, which represents the most granular taxonomy of reputation drivers developed to date.

We base our quantitative measure of corporate reputation on Net Promoter Score (NPS), calculated as the difference between positive mentions and negative mentions per driver, to arrive at ComVix Reputation Index (CRI). Just like NPS, CRI ranges between -100 and 100, with positive results generally deemed good, and CRI of +50 deemed excellent.

We found that the overall reputation index of these companies has jumped from 4.55 in 2019 to 13.89 in 2020, suggesting that the media has indeed started to report more favourably of pharma’s work.

However, not all pharma companies in our sample reaped reputational benefits. The ones that benefited the most were Abbvie, AstraZeneca, Gilead, Pfizer, Merck, and J&J:

Interestingly, not all companies registering an improvement in their media reputation are developing COVID-19 vaccines.

But the real question is: could pharma sustain these reputational gains even after the pandemic? Will there be a return to the default position “Big Pharma is bad” after the dust settles?

According to some commentators, the communications challenges facing Big Pharma are far more complex than bringing a miracle drug to market, and those challenges help explain why many vaccine makers have bolstered their PR support in recent months.

Others have stated that it’s hard to envision a post-pandemic pharmaceutical industry that’s much different from the one we have now: currently Big Pharma is acting differently because any hint of profiteering would be a PR disaster, but as advocacy group Patients for Affordable Drugs pointed out, companies have still raised the price of 245 drugs since the pandemic began.

Having said that, one of the main reputational risks is that pharma’s profit-before-purpose narrative could easily return after the pandemic. Another reputational risk lies in the eventual emergence of evidence that rich nations are being favoured over poorer ones to receive consignments of one of the vaccines.

Corporate spokespeople from pharma companies have usually tried to justify high prices with innovation. Indeed, the media coverage of medical breakthroughs (such as orphan medicines) has been increasing since the 2000s. The Food and Drug Administration has also tried to facilitate the access to novel medicines by introducing regulations such as priority review, accelerated approval, fast track review and breakthrough designations.

But the innovation argument has done little to sway public opinion – common criticisms include that costs have gone up not because of innovation efforts but because companies are raising the price of drugs that are already on the market, with commentators saying that a lack of competition and the US regulatory landscape allow for price increases much higher than in other countries. The pandemic is a chance to explain better why it’s in everyone’s interests that pharma continues to pursue innovation profitably.

Furthermore, although global trust in the pharma industry is at an all time high – 73% of the global informed public say they trust the pharmaceutical industry, according to data by healthcare marcomms company Pegasus – the public don’t look to the industry for healthcare information. For instance, 7% of the UK public say they use pharmaceutical company websites as a source for healthcare information. Major reasons for that are because they think other sources of information are less biased, and because they think the industry’s information sources would try to sell them medicine they don’t need.

To stay relevant after the pandemic, pharma should work towards improving consumers’ knowledge of the industry and must do better at explaining its complexity to its audiences. The public’s interest in the process by which pharma companies develop and discover new drugs, treatments, and medications has increased since the start of the pandemic, but companies need to make sure that this interest will be sustained even after the current crisis.

Our analysis indicates that the coronavirus crisis could present an opportunity for pharma’s redemption in the eyes of the public as companies have the chance to return to the industry’s core value – saving human lives.

Pharma players have traditionally followed the ‘house of brands’ strategy, focusing resources almost exclusively on building awareness and trust in product brands, often at the expense of their corporate brands, which have taken the hit from negative media coverage around pricing and opioids. Framing the vaccine story as part of corporate branding strategies could instil trust and loyalty – extremely important qualities in the pharmaceutical sector.