ASCO 2022: What Are the PR Takeaways from Oncology’s Biggest Event? 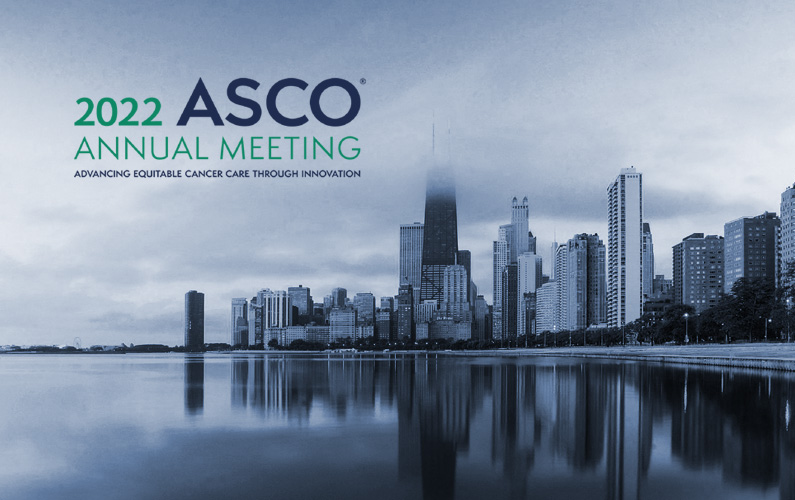 In June, the American Society of Clinical Oncology (ASCO) hosted its annual meeting for the first time since 2019 due to the COVID-19 pandemic, drawing over 40,000 attendees from around the globe.

Traditionally, the conference is one of the major events in the healthcare industry and showcases the newest clinical readouts from top biotechnology and pharmaceutical companies.

The meeting was covered widely by specialised pharma media outlets like Fierce Pharma, PharmaTimes and Medscape, as well as some business publications like Reuters and Seeking Alpha. To see what stood out this year, we analysed 439 English-language articles published in June. Here are our key takeaways:

Many publications focused on the new treatments announced for breast cancer, the most common form of cancer in women aside from skin cancer, making it the most widely discussed disease at the event:

One particular announcement grabbed headlines: the data from the phase 3 Destiny-Breast study of AstraZeneca and Daiichi Sankyo’s Enhertu, used to treat adults with unresectable or metastatic HER2-positive breast cancer. The data showed that the companies’ Enhertu drug reduced the risk of disease progression or death by a whopping 50% and the risk of death by 36% in a group of patients with previously treated HER2-low metastatic breast cancer.

A number of reporters described the news as a landmark clinical trial win which could soon open up a brand-new breast cancer category and give rise to a new era of breast cancer treatment. Others called the results “unprecedented,” “practice-changing” and an “important moment in the history of this disease.”

Apart from AstraZeneca and Daiichi Sankyo’s success, another company to gain exposure within breast cancer was Gilead. The biotechnology firm presented late-stage trial data that showed its drug Trodelvy extended by 1.5 months, or 34%, the length of time women with advanced stages of the most common type of breast cancer lived without their disease worsening.

2. Drug combos can generate nearly as much media interest as new treatments

We found that it wasn’t just new treatments that grabbed the headlines in the ASCO debate – some companies managed to gain media attention by reporting results from combining existing drugs.

For example, Novartis followed AstraZeneca in terms of media impact with a drug combination showing promise in treating a subgroup of patients suffering from a common childhood brain cancer.

Some media outlets suggested that Novartis‘ result, which showed that 47% of the patients that were given the two drugs Tafinlar and Mekinist saw their tumours shrink, was an important growth driver for the company as it considers the sale of its Sandoz business with off-patent generic drugs.

Another combination therapy in the debate was Merck’s Keytruda plus Eli Lilly’s Cyramza, which benefitted certain patients with immunotherapy-resistant advanced non-small cell lung cancer, according to randomized phase 2 study results presented at the ASCO Annual Meeting.

Two studies exploring shorter, gentler cancer care got so much media interest that their authors were actually the most influential spokespeople in the debate:

Professor Timothy Whelan from McMaster University in Canada presented the first study, which found that women over the age of 55 who have a certain type of cancer which is caught early can instead have surgery and hormone therapy. Whelan said the finding is “exciting” and shows that some women can safely avoid the associated side effects linked to radiotherapy.

Dr. Deborah Axelrod of NYU Langone Health, who was not involved in the research, was quoted as saying that the study is a “feel-good” message for patients with low-risk tumours and will help doctors understand which of their patients they “can comfortably, with confidence” omit radiation.

The second study found that many colon cancer patients are given chemotherapy after surgery, even though they may be cured. Dr. Jeanne Tie of the Peter MacCallum Cancer Centre in Melbourne, Australia, who led the research, became the second most influential person by saying that in patients where cancer DNA is not detected after surgery, the chance of cancer relapse is very low, suggesting that chemotherapy is very unlikely to benefit these patients.

As precision medicine continues to solidify its position as a crucial approach to cancer treatments both now and in the future, it’s no surprise that targeted treatment approaches remained front and centre at ASCO as a promising avenue to improve outcomes for many different cancer types.

Many publications reported on various targeted treatments and advances in precision medicine, from circulating tumour DNA testing around minimal residual disease to detecting predictive biomarkers that could impact treatment response.

The conference saw the first lung cancer precision medicine trial supported by the National Cancer Institute, which found that a combination of the drugs ramucirumab and pembrolizumab reduced the risk of death by 31% compared with the standard of care in patients with advanced non-small-cell lung cancer that had progressed on prior immunotherapy.

Bayer was a company that focused its messaging on targeted therapies, saying that precision oncology is a key priority since cancer is defined by genomic makeup.

A major theme of this year’s ASCO meeting was addressing health disparities in oncology and advancing equitable cancer care through innovation. In light of the practice-changing results for breast cancer noted above, there was talk of how wide access to new treatments will reach.

ASCO also unveiled an Equity, Diversity, and Inclusion Action Plan that aims to address all of the important differences that can impact access to cancer care and outcomes, including age, gender, sexual orientation, and geography.

Several news stories from ASCO 2022 highlighted the disparities in cancer care between different patient populations. For example, it was unearthed that 40% of Black patients with metastatic breast cancer are not informed about clinical trials, on top of this many cancer patients throughout the world do not have access to even surgery or radiotherapy, let alone innovative drugs.

Many publications noted that clinicians, researchers and patients alike were all advocating for the hard work obtained from amazing trials such as AstraZeneca and Daiichi Sankyo’s to be distributed equitably so that all patients can benefit.