Why Did a Study on Depression Cause a Media Frenzy? Insights from the Recent Debate Around Antidepressants 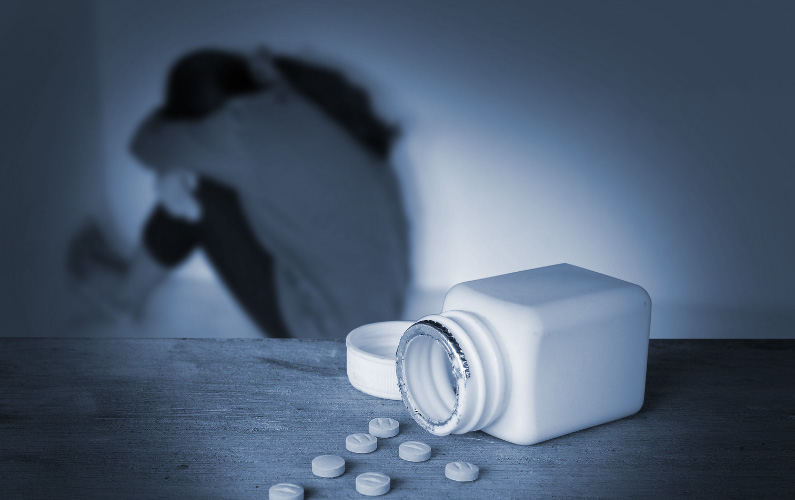 A new paper that reviews the evidence around the serotonin “chemical imbalance” theory of depression caused a media storm, with figures from across psychiatry commenting on the study’s merits and limitations.

The Serotonin Theory of Depression: A Systematic Umbrella Review of the Evidence was published in the journal Molecular Psychiatry, and found that after reviewing a collection of previously published studies examining the connection between serotonin levels and depression there was little evidence to support the established idea that chemical imbalances were the cause.

The review has made headlines for “debunking” the serotonin imbalance theory. The paper was widely picked up by media outlets, with many citing the study as evidence that selective serotonin reuptake inhibitors (SSRIs) – the most commonly prescribed antidepressants – don’t work.

While the paper has made headlines for “debunking” the serotonin imbalance theory, the reaction from many researchers suggested that this idea, in fact, has not been treated seriously within the field itself for years. The reaction of many academics to this finding can be summed up, briefly, as “Well, obviously!”

A slew of scientists was cited on the use of antidepressant drugs, arguing that it is well understood in the medical community that depression is caused by a confluence of factors, not just a chemical imbalance and that those treatments are still effective at managing those symptoms. Several UK researchers and psychiatrists, as well as a spokesperson for the Royal College of Psychiatry, criticised the paper, questioning why an umbrella review of outdated studies was even needed.

We found that some of the most influential spokespeople in the discussion, following the authors of the study Joanna Moncrieff and Mark Horowitz, were scientists commenting on the findings:

For example, in comments to the UK-based Science Media Centre, Michael Bloomfield, consultant psychiatrist and head of the translational psychiatry research group at UCL, said that the results were really unsurprising and that depression has lots of different symptoms. Prof. Allan Young, director of the Centre for Affective Disorders at King’s College London, was cited as saying that most psychiatrists adhere to the biopsychosocial model with very few people subscribing to a simple “chemical imbalance” theory.

In a similar vein, David Curtis, Honorary Professor at the University College London Genetics Institute, said that the notion of depression is due to a ‘chemical imbalance’ is outmoded, while David Hellerstein, professor of clinical psychiatry at Columbia University Medical Center and director of Columbia’s Depression Evaluation Service, told Rolling Stone that when he was reading the study, he was thinking: “Wow, next she’ll tackle the discrediting of the black bile theory of depression.”

If you read the above point and felt rather perplexed to discover that the chemical imbalance theory has actually been in the academic wastebin for some years, you are not alone. In fact, the psychiatry community hasn’t been communicating effectively on this issue.

Author Joanna Moncrieff herself said she was not surprised by the reaction to the study, and agreed that the theory presented was likely not news to the academic world, but probably was to the general public. “Some psychiatrists have said quite publicly that no, there hasn’t really been evidence for [the serotonin theory of depression] for a while, but no one’s wanted to highlight it or certainly highlight it to the public,” she said.

The review authors highlighted a study that found that 88.1% of respondents believed a “chemical imbalance” to be a cause of depression. This idea, the authors point out, was heavily pushed by drug companies aiming to sell serotonin-selective reuptake inhibitor (SSRI) compounds.

Eli Lilly, for example, promoted their compound Prozac in 2008 with the following: “Many scientists believe that an imbalance in serotonin, one of these neurotransmitters, may be an important factor in the development and severity of depression. Prozac may help to correct this imbalance by increasing the brain’s own supply of serotonin.”

You might have noticed that Fox News’s Tucker Carlson, the most popular right-wing TV host, was the most influential commentator after the study’s authors. He made the study the centrepiece of his recent show, characterising it as a rejoinder against taking SSRIs in general and saying that the whole idea behind the drug was completely wrong.

Carlson latched on to a common side effect of SSRIs to bolster his argument that people should abruptly stop taking a potentially lifesaving, mood-altering drug: “If it steals your sex drive, maybe it’s stealing your soul,” Carlson said.

The TV host was one of the people igniting a heated Twitter discussion around SSRIs. We found that the debate engaged 80,160 Twitter users, who posted 114,515 Tweets about SSRIs’ effectiveness. The peak of the debate was immediately after Carlson’s show on 20 July and continued through the next three days:

A number of Twitter users noted that contrary to what Carlson claimed, the paper wasn’t explicitly a condemnation of antidepressants; rather, it was an interrogation into the mechanism by which SSRIs are thought to work and did not in fact look into the effectiveness of antidepressants directly. There were a number of users who pointed to consistent evidence that antidepressant medicines can be helpful in the treatment of depression and can be life-saving.

Others noted that Moncrieff has spent years actively questioning the efficacy of SSRIs and the nature of mental illness in general, as well as promoting widely disputed beliefs about the dangers of various mental health interventions such as antidepressants or alternative forms of treatment.

4. Conspiracy theorists were the most influential Twitter users in the debate

We found that the most influential Twitter user in the discussion was Jack Posobiec, an alt-right political activist known for his pro-Donald Trump comments on Twitter, as well as for promoting fake news, including the debunked Pizzagate conspiracy theory claiming high-ranking Democratic Party officials were involved in a child sex ring.

The second most influential user was Matt Walsh, a transphobic far-right commentator, who praised the findings of the new serotonin paper in a tweet that has been amplified thousands of times, saying that Big Pharma has made billions prescribing miracle drugs to treat depression, but there has never been solid scientific proof that the drugs will work. Investor Adam Townsend took a similar tone, tweeting about “pharma colonialism” and “pill supremacy”.

Right-wing commentators have long been critical of SSRIs, whose potentially frightening side effects for teens, including increased suicidal ideation and violence, are exceedingly rare, experts say. In fact, many right-wing Twitter users have blamed medication and mental illness for devastating acts of violence, including mass shootings.

These Twitter users have framed mental health care interventions — as well as mental illness as a diagnostic category — as an effort on behalf of the state to exert mind control tactics over individuals who refuse to conform to societal standards. In speaking about the dangers of SSRIs, they have dabbled in the same vein of conspiratorial thinking that characterises their views on vaccines, and even compared Covid vaccine mandates to forced psychiatric care.

We found that the emerging far-right argument against antidepressants was less about the causes and treatments for people suffering from depression, of which there are millions, than about whipping up a frenzy around Big Pharma — an outgrowth of the COVID-19 anti-vaccination movement and even more recent controversies over parental control in schools.

In this regard, Twitter users employed the study to argue that pharmaceutical companies are selling useless antidepressants, as evidenced by the top keywords in the discussion:

Many users tweeted that once again, Big Pharma rakes in billions of dollars based on lies by getting people hooked on antidepressants that did nothing but increase the risk of suicide. Others stated that the chemical imbalance theory was invented so that Big Pharma could sell drugs. There were also suggestions that the study is a wake-up call for all “sheeples” who still blindly believe “in the pharma-media unholy mafia”.

Not many users mentioned any specific pharma companies, not even Eli Lilly, which manufactures Prozac. They rather referred to Big Pharma as a whole, perpetuating an ongoing slide in the industry’s reputation.

Pharma experienced a reputational boost as the coronavirus pandemic highlighted its role in developing medications and vaccines. The industry’s all-hands-on-deck efforts on COVID-19 vaccines, in combination with extensive media coverage, have resulted in a substantial improvement in public sentiment. However, the latest studies suggest that the reputation risks loom and people might soon forget the “pandemic heroes” image of companies like Pfizer and AstraZeneca.

Our analysis found that Twitter users referred back to some of the biggest reputational problems in the industry, like the opioid epidemic, which saw many media outlets demonising pharma companies and telling stories of wasted lives.

But the main problem here was that pharma companies didn’t engage in crisis management over the problematic serotonin study and left alt-right conspiracies to spread. SSRIs producers didn’t have any statements to explain their side of the story – perhaps they didn’t see the crisis coming. With this in mind, the most attentive companies should constantly monitor conversations via media analytics and social media listening.