Financial Wellness: How Can Brands Use the Latest Trend to Position Themselves as ESG Leaders? 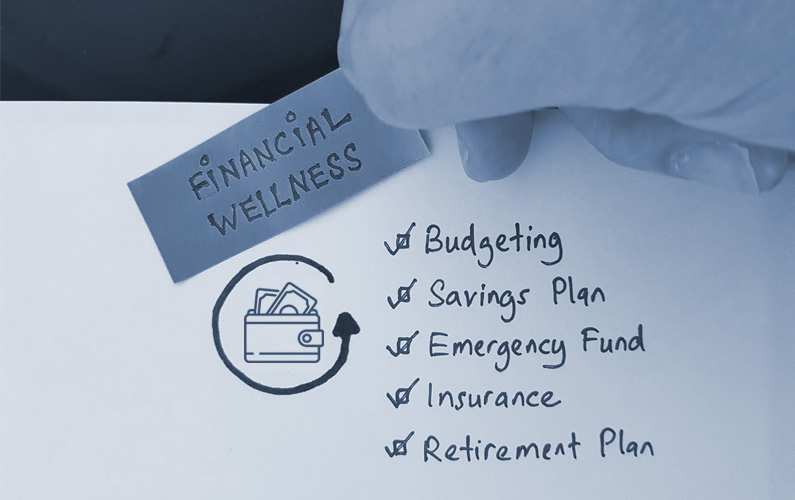 While much of the public and many investors associate ESG foremost with climate and the environment, research nonprofit Just Capital’s most recent public polling showed that the top ESG issue for Americans is the treatment of workers.

For a long time, the treatment of workers meant mainly diversity, equity and inclusion, and companies have focused a fair share of their PR efforts on these issues. But now, amid the Great Resignation and the inflation, many brands have started capitalising on a new trend – financial well-being.

To understand the concept and see how PR and comms can utilise it, we analysed 341 English-language articles published in top-tier media outlets during the last six months. Here are a few tips, based on our analysis:

The concept of financial well-being has been formed by financial educators, coaches and other practitioners working to help people improve their financial lives. Initially, it was used more or less as a synonym of wealth, with mainstream financial educators giving advice on how to make more money.

However, this definition started changing when the Covid-19 pandemic added widespread financial stress. Instead of focusing on wealth, financial wellness came to designate a highly personal state, not fully described by objective financial measures, in which people are financially resilient, confident and empowered, regardless of income.

Financial well-being in this sense was picked up by the media in 2020 (when the pandemic started) and flourished at the end of 2021 when the worldwide increase in inflation began:

We also noticed that financial health has been folded into more mainstream discussions around wellness – which when discussed online borrows much from the language of holistic health. Financial health has been clearly considered as part of a trinity of living a happy life (alongside physical and mental health). In this regard, some journalists have started speaking of “financial wholeness”.

And while considered a social factor of ESG, many commentators noted that financial wellbeing both impacts and is impacted by environmental and governance factors.

Workers are increasingly looking to their companies for help. More than half (51%) of them think employers have a responsibility to assist them in improving and maintaining their financial wellness, according to TIAA’s 2022 Financial Wellness Survey.

Employers are taking heed, too. Last year, concern for employees’ financial well-being grew, with 34% showing a 9 or a 10 out of 10 rating, compared to 25% in prior years, according to a Employee Benefit Research Institute survey. Just under half were at least interested in implementing financial-wellness benefits.

And just like with diversity and inclusion endeavours, companies are eager to promote their financial wellness prowess. We found that Financial education and coaching was the initiative that gained the most traction in our research sample:

Most such initiatives focus on providing resources to educate employees on every financial topic imaginable – from debt repayment to investing. Business publications like Forbes and Fortune pointed out that financial education helps employees not only to improve their personal situation but also to boost productivity at work.

In contrast, On-demand pay, also known as earned wage access (EWA) – a payroll service that allows employees to access some or all of their wages as they are earned – is still not as popular. However, companies that offer it, such as PayPal and Walmart, managed to differentiate themselves in the discussion.

3. Become a thought leader while the concept is still fresh

Unlike diversity and inclusion, financial wellness is still an emerging concept, and it’s important for companies to position themselves as thought leaders before it becomes saturated. We found that for now, consultancies like PwC and banks like Morgan Stanley are ahead of others in terms of media impact.

PwC gained its media impact as many publications cited its studies that helped shape the concept of financial wellness. For example, the 2021 PwC Employee Financial Wellness Survey found that 63% of employees said their financial stress has increased since the start of the pandemic. And a 2020 report by the firm found that 66% of respondents were providing financial literacy programs, up 12% from 2019.

Similarly, Morgan Stanley found that half of consumers spend more money each month than they earn and 78% of employees with high financial stress said it impacts them at work. The third most influential company, financial services corporation Fidelity, revealed that 79% of women, who typically suffer from more financial anxiety than men, feel weighed down by money and stress.

PR pros should analyse how such companies managed to use their expertise to become thought leaders in the media debate and determine how their company’s perspective will differ from what is already flooding the media.

But apart from sharing survey statistics, brands should become thought leaders by making it more clear what customers can generally do if they are struggling. This is because, in a crisis, customers not only need help, support, and learning from the brands they interact with but value it – both in the short and long term.

4. Connect financial wellness with other aspects of ESG

Wellbeing, in all its forms, can be presented as a key element of interconnectivity between ESG metrics across people, risk and capital. While considered a social factor of ESG, wellbeing both impacts and is impacted by environmental and governance factors.

Financial wellbeing in particular could represent a strong contributing factor to achieving climate goals in alignment with business ethics, values and employee actions.

As regards the E aspect of ESG, financial wellness is driven by climate factors, such as the health and monetary impacts of climate change, including severe weather events, extreme heat, air pollution, changing ecologies, proliferation of allergens, water and food security – all of which are increasingly likely to impact workforces.

This, in turn, reinforces the need for strong G aspect, as employees with poor financial wellbeing may be more inclined to take risks and ignore governance protocols.

With this in mind, PR teams should understand that a holistic model to monitor interdependent ESG factors yields benefits across stakeholders, including boards, investors, chief risk officers, and HR and finance leaders.

PR pros could also help expand the notion of ESG by tying it up with the new concept of financial wellness. In this way, they can demonstrate that they are waking up to the most pertinent problems relating to the ongoing red-hot inflation.

5. Use spokespeople to set an example

During a financial crisis, communications staff should be proactive in positioning their spokespeople in both national and business media, demonstrating that they have a realistic view of the environment in which the company is operating.

In this regard, spokespeople can boost their company’s reputation by setting an example of how they implemented financial wellness initiatives.

In fact, Paypal CEO Dan Schulman became the most influential individual in the discussion by explaining how his firm approached financial well-being:

Dan Schulman said major recent investments in worker wellbeing were driven by internal research at PayPal initiated after he learned that two-thirds of American households live paycheck-to-paycheck with very little discretionary income for savings or investments.

His description of how PayPal restructured its compensation was heartening, as he explained that the company raised basic wages, cut the employees’ cost of benefits by 58%, and made every single employee a shareholder with a one-time equity grant.

This was perceived by media publications as a remarkable example of how a leader can do an unflinching inventory of how his own company operates, honestly face the reality of what’s happening, and then do what it takes to make it better.

Some journalists noted that in a business world still largely driven by the principles of shareholder primacy, such steps take courage and a commitment to the largest possible purpose: an equitable future for all consumers as the only reliable foundation for long-term economic growth.

By providing such perspectives, business leaders can build a reputation as educators, ensuring the public understands the challenge and consequences of the current crisis, and social engineers, overseeing the coordination of the various functions.