How Has Nuclear Energy’s Reputation Evolved? A Media Analysis 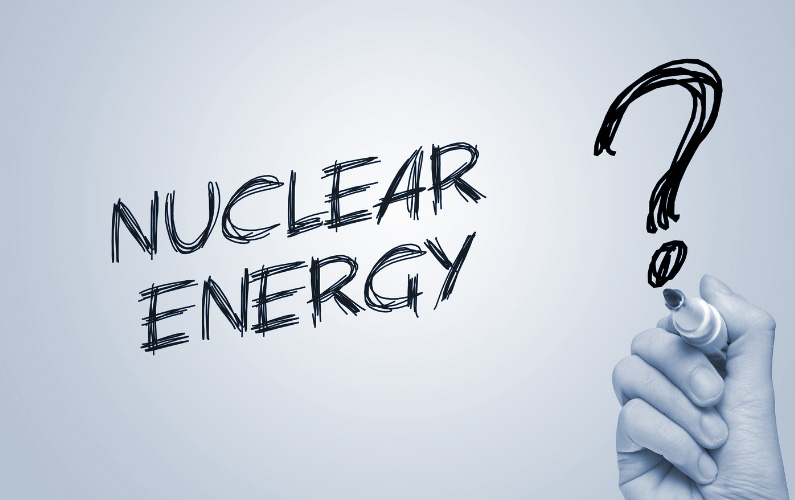 Nuclear energy has had an image problem for some time. Major accidents like Fukushima in 2011 generated many apocalyptic media headlines and have made it seem more deadly than it is. And while advocates suggest that nuclear power – a source that emits no carbon – should have a more prominent role in the world’s energy makeup, the public continues to express mixed views about it as an energy source.

However, many commentators suggest that nuclear power may be on the cusp of a revival of the golden age seen after the 1970s oil crisis that led to a flurry of projects. Both the administration of U.S. President Joe Biden and the International Energy Agency have said nuclear power is critical for countries to meet global net-zero carbon emissions goals and ensuring energy security, as fossil fuel prices have surged after Russia cut natural gas supplies to Europe since the Ukraine war started in February.

So how has nuclear energy been recently framed in the media? We analysed 1,505 English-language articles published in top-tier media outlets during the last two years. Here are our top findings:

We found that there were a rising number of articles lauding nuclear power’s potential ability to cut greenhouse gas emissions – to the point that Sustainability has become the main topic in the media discussion:

Many advocates pointed out that nuclear energy is a zero-emission clean energy source, greener than fossil fuels and more reliable than renewables. Despite producing massive amounts of carbon-free power, analysts noted that nuclear energy generates more electricity on less land than any other clean-air source.

Because of these factors, nuclear is now framed by many media outlets as helpful to countries’ efforts to decarbonise the power sector as they try to slash national carbon emissions to net zero by 2050.

And since the war in Ukraine, the European reliance on Russian natural gas has become the second most prominent topic in the nuclear conversation, mainly due to the fact that nuclear power was one of the solutions proposed by the International Energy Agency to reduce the continent’s dependence on Russia.

When it comes to Nuclear waste preservation, critics pointed out that the waste contains highly poisonous chemicals like plutonium and uranium pellets which remain highly radioactive for tens of thousands of years, posing a threat to agricultural land, fishing waters, freshwater sources, and humans.

The other main criticism – the possibility of Nuclear incidents – was triggered by the 2011 Fukushima nuclear disaster, which continues to be a subject of media debates. But nuclear backers say the industry has learned from such high-profile disasters, and that new plants have high safety standards. They also note that far more people die every year because of pollution caused by fossil fuel-powered plants than have been killed in nuclear disasters.

We found that a country historically opposed to nuclear power – Germany – was the most influential country in the debate.

After months of anguished debate, Germany’s government finally announced it will extend its use of nuclear power to get the country through energy shortages this winter. In Germany, where cultural and political hostility to nuclear power runs deep, the issue was a particular challenge for Economic Affairs and Climate Action Minister Robert Habeck, whose Green Party sprang from the 1970s anti-nuclear movement.

This year has seen a rapid shift in German public opinion regarding nuclear energy, with large majority of voters now recognising it’s an indispensable and low-carbon alternative and supporting its use potentially for years to come. Publications like the Wall Street Journal wrote that maybe one day politicians will finally catch up to the public’s wisdom.

Meanwhile, in Japan, where public opinion has been hostile towards nuclear power since the 2011 Fukushima incident, the mood has shifted due in part to a recent power shortage as the hottest June on record prompted a surge in electricity demand, while soaring energy prices have boosted utility bills.

UK announced that it puts nuclear power at the heart of its net zero emissions strategy. Against this backdrop, the UK nuclear industry has committed to enhancing public understanding of nuclear energy and to engaging more effectively with society, recognising that public perception remains a key issue. One key component of the strategy is a commitment to encouraging and supporting the UK nuclear workforce in breaking the barriers associated with talking about nuclear and acting as ambassadors for the industry.

In the US, #Nuclear was actually trending on Twitter this August following a series of positive developments within the nation’s nuclear energy sector.

From President Joe Biden signing the historic Inflation Reduction Act (IRA) into law to the certification of the first U.S. small modular reactor, many journalists noted that nuclear is finally having a moment. Some called IRA the most significant piece of U.S. climate legislation and sends a strong signal to the nuclear energy industry that it will be counted on to help us achieve the country’s net-zero ambitions.

3. Nuclear companies do little to help the industry’s image and to build strong brands

Despite some shifts in public opinion, the remaining scepticism when it comes to nuclear power continues to stem from a lack of awareness. For example, a recent poll suggested a significant portion of the opposition to nuclear could be based on the faulty assumption that it is a sizeable carbon emitter, and that greater awareness could reduce objections.

And because the public overestimates the likelihood of incidents, commercial nuclear power is often viewed as a dangerous or unstable process. This perception is also based on false association with nuclear weapons, and how it is portrayed on popular television shows and films.

In spite of this awareness problem, companies do little to beef up their industry’s image. We found that most of the companies mentioned in the debate earned their influence mainly because of the corporate newsflow.

For example, one of the largest producers of nuclear power in the world, French state-owned EDF gained influence as it’s trying to avoid disruption to its energy supply over the winter at all costs. Engineering firm Rolls-Royce got in the news as it shortlisted six sites for a major new factory building nuclear reactors to secure the UK’s energy supply and hit its net-zero target by 2050.

Westinghouse and Bechtel were mentioned as they participate in a first step in an agreement in which Poland will buy $18 billion in nuclear technology from U.S. companies. Meanwhile, Exelon spun off its power-generation business into a stand-alone company, called Constellation.

None of these companies implemented PR strategies to boost their industry’s image or to build strong brands. In this regard, they are very different from oil and gas companies, which invest heavily in reputation management.

Nuclear companies must be committed to treating communication as a strategic activity, not an afterthought. People are poor judges of what others think about them, especially when they have different life experiences–as when members of a technically sophisticated industry, such as nuclear energy, imagine the beliefs and motives of a nontechnical public and vice versa.

Organisations that forgo direct two-way communication with the public (especially when they disagree) are choosing to fly blind, relying on intuition, rather than evidence when it comes to the conditions necessary for public acceptance.

4. Leading business figures have started to be more vocal

Apart from officials, some well-known influencers from the business world like Bill Gates and Elon Musk have started to move the needle in the debate:

Bill Gates is bullish on nuclear power as a clean energy solution to climate change, saying that the United States needs to strengthen its commitment to existing nuclear power plants and invest in new ones. He was cited as saying that nuclear power has to overcome a baneful reputation garnered by association with the atomic bomb and radioactive disasters, but it’s a necessary, worthy and surmountable challenge to correct the naysayers, according to Gates.

Elon Musk said some environmentalists were “anti-human” for advocating the shutting down of nuclear power plants, after saying such moves were “insane” for national security. The Tesla and SpaceX CEO tweeted to his enormous audience about nuclear energy.

Meanwhile, the most influential spokesperson in the discussion, Rafael Grossi, the director general of the International Atomic Energy Agency, said that the change in sentiment surrounding nuclear energy has happened quite quickly, and that his agency has moved quite fast from almost an intruder into a very welcomed participant in the energy dialogue.

CEOs from the industry focused their messaging on the need for countries to invest in nuclear. For example, Dominion Energy CEO Robert Blue said nuclear energy will be crucial in the push to decarbonise the U.S.—no matter how controversial it may be. Ed McGinnis, former acting assistant secretary in the Department of Energy’s nuclear office, and now the CEO of Curio, stated that nuclear energy is a vital element of the U.S.’s energy supply chain.

Although the social media debate on nuclear energy is still in its infancy, some influencers are starting to emerge, and companies could learn something from the way they approach science communication.

For instance, Isabelle Boemeke is a Brazilian model who has become renowned in the nuclear industry as the world’s first nuclear energy influencer with her online persona Isodope – a futuristic deity sporting her own original line of haute couture digital fashion.

Her TikTok videos and digital content are creative and eclectic and also clearly aimed for millennials and GenZ—an audience that most nuclear spokespeople are currently not communicating to. She has leveraged her huge follower base on various social media platforms to teach tens of thousands of young people about climate change and the benefits of nuclear energy.

One of the ways Boemeke communicates complex information to her audience is through simple, powerful facts in a way that is easy to understand. For example, in her interview with Highsnobiety, she explains her concerns with fossil fuels by pointing to a WHO statistic, saying that “29% of all lung cancers, 24% of strokes, a quarter of all heart disease, and 43% of chronic lung infections” are due to preventable emissions.

Boemeke posts her educational videos on social media channels like TikTok, Instagram, Twitter and YouTube. Often the videos are disguised as clickbait like makeup tutorials, diet secrets and exercise videos. Having drawn her audience in, she quickly pivots to talking about the importance of nuclear energy, using visuals and quick facts to illustrate complex concepts.