What Does Musk’s Twitter Takeover Mean for PR and Comms? A Media Analysis 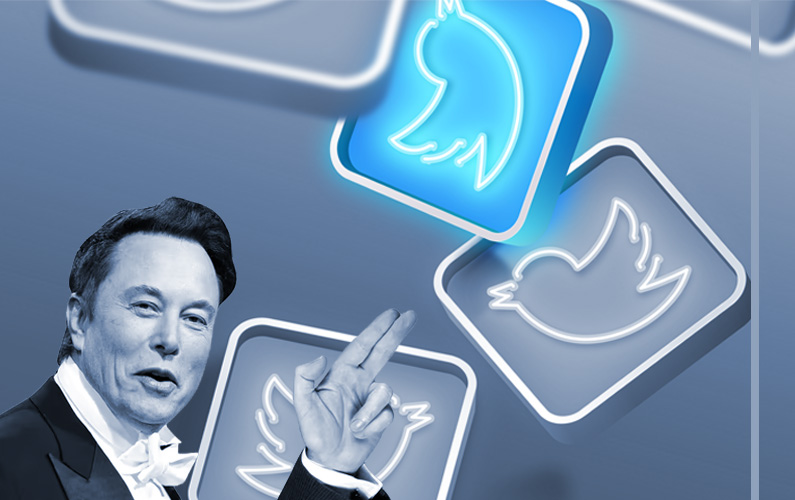 When he took over Twitter last week, Musk faced several crises, such as the growing number of companies that are pulling back on their advertising, the opposition from advocacy groups, and the loss of a million users.

But what does it all mean for PR and comms professionals who regularly use Twitter as part of their work and in their personal life? To help them navigate through the flurry of headlines, we analysed 2,623 English-language articles published in the last two months. Here are our top findings:

Musk wrote an open letter to advertisers emphasising that he doesn’t want the platform to become a “free-for-all hellscape.” But that attempt at comforting the advertising industry, which makes up the bulk of Twitter’s business, was quickly overshadowed by several reports that racist comments, hate speech and other offensive content had grown greatly on Twitter as users tested Musk’s assurance that he would allow “free speech” on the platform.

This has raised many concerns around brand safety – the practice of ensuring advertising appears in an appropriate and relevant context online so that a brand’s reputation is not damaged. In fact, the Advertisers’ reaction when it came to brand safety became the main topic of the debate:

Brands have long been sensitive to the types of content their ads run against. Most marketers bristle at the thought of having their ads run alongside toxic content such as hate speech, pornography or misinformation. And if Twitter continues to struggle with an uptick in such content — or if Musk updates Twitter’s policies to explicitly allow some of it — many businesses may stop advertising there for fear of threats to their brands, or because they’re reaching a smaller audience if regular users also depart.

Musk, who has previously tweeted “I hate advertising” and suggested he wants to make the platform less reliant on it, is also facing the fact that Twitter’s digital advertising business is much smaller than those of Meta, Google and Amazon, and doesn’t have the expansion and user demographics of TikTok. And many brands have already reduced digital ad spending in recent months amid the economic downturn. It may not take much for brands to cut back more.

2. Your approach towards Musk and Twitter can turn into brand activism

There is precedent for advertisers stepping away from platforms due to hateful content. In 2020, dozens of brands publicly signed on to the #StopHateForProfit advertiser boycott of Facebook, which called out the platform for its “repeated failure to meaningfully address the vast proliferation of hate on its platforms.”

Something similar quickly ensued here as well – companies started to exert their opinion by suspending ads. We found that General Motors dominated the conversation in terms of media impact.

General Motors was the subject of multiple media reports, including on CNBC, CNN and Reuters, when it announced it is temporarily halting its advertising on Twitter.

Drugmaker Pfizer also re-evaluated its decision to advertise on Twitter, and so did food giant Mondelez, whose Chief Executive Dirk Van de Put told Reuters that the “amount of hate speech increased significantly” since Musk’s takeover.

Our analysis showed that brands participating in the boycott generally secured favourable media coverage and praise on social media for putting their principles before their profits. But when it comes to Twitter, brands still may have to tread carefully to avoid backlash. For example, after GM announced its Twitter advertising pause, some users on the platform, including some right-leaning political figures, have called for a boycott of the automaker.

Because Musk has positioned himself as a “free speech” maximalist, and one with strong support among many conservative politicians, brands risk being framed as anti-free speech if they exit the platform. But brands also risk appearing to implicitly endorse hate speech and other harmful content if they stay, meaning that many may decide to quietly pause their advertising on the site without a formal announcement.

The current developments, just like The Stop Hate for Profit campaign, exemplify the rise of brand activism. In the case of Stop Hate for Profit, Facebook didn’t take a substantial financial hit because the majority of companies committed to only a one-month boycott and, more importantly, the bulk of Facebook’s advertising revenue comes from myriad of small- to medium-sized businesses. However, Twitter’s case might be very different now

The now trending hashtag #twittermigration points to a new crop of social media sites such as Mastodon, CounterSocial and even newcomer uSync as places social seekers are starting to flock. In addition, numerous media outlets have run guides detailing available Twitter alternatives.

The history of social media platforms shows that they do go through major moments of transition and that sizable communities are sometimes pushed to migrate from one platform to another en masse.

Among all the Twitter alternatives that are being discussed, the one that has the most attention is Mastodon, which isn’t actually new but has shot up the charts on iOS and Android as an influx of users try to decide if toots are a worthy replacement for tweets.

Many journalists present Mastodon as sort of like Twitter, so it stands to reason that new people are giving it a go because it’s designed with a lot of the things people use Twitter for in mind. But rather than being a singular platform, it describes itself as “a network of millions of users in independent communities that can all interact with one another”.

Mastodon got so popular that its CEO Eugen Rochko became the second most influential spokesperson in the debate after Twitter’s former CEO:

Rochko was quoted as explaining that many of Mastodon’s servers have stricter rules than Twitter. When hate-speech servers do appear, other servers can band together to block them, essentially ostracizing them from the majority of the platform. “I guess you could call it the democratic process,” Rochko said. “I have been working very, very hard to push the idea that there is a better way to do social media than what the commercial companies like Twitter and Facebook allow.”

The second most often discussed Twitter alternative, Reddit, has been around since 2005. Some right-wing platforms were also discussed as capitalising on the moment, most notably Truth Social, founded by former U.S. President Donald Trump. Nashville-based Parler, which has agreed to sell itself to the rapper formerly known as Kanye West, is also popular with U.S. conservatives with its hands-off approach to content moderation.

The free speech debate flares up regularly when it comes to social media. Musk — a self-described “free speech absolutist” — has made upholding “free speech” central to his takeover of Twitter.

Free speech was also the most commonly discussed topic by Twitter users themselves when we take a look at the top keywords used in 8.96 million tweets related to the takeover posted in the last two weeks.

Reactions ranged from users celebrating what they consider the “return” of free speech to the platform, to some threatening to delete Twitter if Musk relaxes community standards. Many are echoing Musk’s “public square” or “town square” argument to demand freedom of speech on social media; that when speech takes place in a public forum, that speech can qualify for protection of speech under the First Amendment.

Other users pointed out that without content moderation, his privately owned version of a town square could become dysfunctional and dangerous, and that since the takeover, there has been a noticeable uptick in racial and Nazi slurs on the platform. Indeed, a study from the School of Communication and Media at Montclair State University found that in the hours after Musk’s acquisition, Twitter became a more “vulgar and hostile” environment, with it experiencing an “immediate, visible, and measurable spike” in hate speech.

These reactions go to show that with his mixed messages, the “free the bird” bell may not be able to be unrung. It’s clear that users see Musk’s ownership as permission to “unleash the racial slurs” as some Twitter users put it.

And while Musk reassures us that Twitter will not become a “hellscape”, it is important to remember that content moderation is not the same as censorship. In fact, moderation may facilitate genuine dialogue by cracking down on spam and toxic talk which often disrupt communication on social media.

Any moves to remove content moderation risk breaching corporate human rights obligations. Unlimited freedom of expression for some almost inevitably results in the restriction elsewhere of that exact same freedom. It is not just governments which are responsible for upholding human rights – businesses are too. And when different human rights clash, as they sometimes do, that clash needs to be managed responsibly.

5. Musk wants to reduce the influence of media outlets – but he might actually make them more important

“Power to the people,” the world’s richest man declared, calling for an increase in “citizen journalism” to combat the concentration of influence held by media outlets. Right now, he asserted, the “Western narrative” is “overly defined by a small number of major publications.” Musk said he wants to amplify alternative points of view.

For all the talk of a “common digital town square”, this might just be the saving grace for traditional news outlets because once people have been punked once or twice, they are going to want more reliable sources of news and they might just be willing to pay for it.

Sooner or later people tire of the poor quality of information and demand more editorial integrity and sophisticated reporting. When Canadian professor Marshall McLuhan famously said that “the medium is the message,” he did not mean that the medium had replaced content, but that all content is influenced by the medium it travels down.

In many ways, all the changes social media brought have made good journalism more valued, not less. Proof that people cleave to brands that they can trust in times of uncertainty can be seen in the recent rises in subscriptions for the New York Times and the Washington Post. Journalism is changing, but it is not going away anytime soon. And Musk’s vision of Twitter might make journalism – and good old-fashioned PR work – even more valuable.