Sustainability in Pharma: How Can Pharma Brands Get Greener? 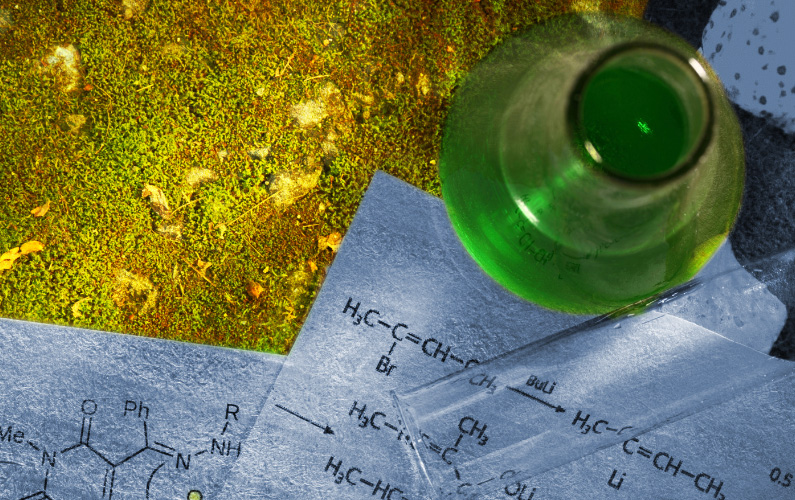 Historically, the pharmaceutical industry has not always induced end-to-end trust nor demonstrated transparency. But since the global pandemic, the public has had more exposure to the power of pharma companies to improve and rescue lives. The sector has also been exposed to an unprecedented level of mainstream media coverage.

However, after the immediate threat of the pandemic, the need to implement sustainability in the pharmaceutical sector has gained traction as the industry produces a significant amount of waste and greenhouse gases, apart from utilising huge volumes of water. As ESG expectations from investors, consumers and the government continue to grow, pharma should look to get better at communicating positive environmental initiatives.

To see how this could be achieved, we analysed 612 English-language articles published in the last two years in specialised outlets like Pharma Phorum, Pharma Times and FiercePharma, as well as in mainstream publications like the Guardian, Wall Street Journal and Financial Times. Here are our top suggestions:

1. Pharma is not yet associated with climate, but don’t wait for public pressure

Rarely does mention of the pharmaceutical industry conjure up images of smokestacks, pollution and environmental harm.

There is thorough research considering the environmental impact of manufacturers of material goods, but pharma has dodged a great deal of scrutiny. There also is a scarcity of information on how drug developers can positively impact the climate.

It may be a surprise to find how little attention the media have paid to the industry’s greenhouse gas emissions. However, our analysis indicates that this is starting to change, as the number of articles around pharma’s sustainability issues is slowly but surely rising:

This rise in media coverage is due to a number of oft-cited recent studies, looking at the environmental impact of the U.S. healthcare system or at the pollution discharged by drug manufacturers.

Many media outlets remarked that the global pharmaceutical industry is not only a significant contributor to global warming, but it is also actually dirtier than the global automotive production sector. The carbon output of the sector as a whole was found to eclipse emissions from the forestry and paper industry, which are widely regarded as some of the most carbon-intensive industries. Some journalists noted that healing people is no justification for killing the planet.

Against this backdrop, much of the global pharmaceutical and biotech industry has yet to set any targets for reducing carbon emissions in line with the Paris Agreement, despite the biggest companies in the sector leading the way.

Pharma still isn’t feeling the public pressure that industries like oil and gas or food and drink have been feeling for years. There still aren’t many climate activists targeting Pfizer or AstraZeneca the same way they’re targeting well-known polluters like BP or Coca-Cola.

However, with the gradual rise in media coverage, this may soon change, so pharma companies shouldn’t wait for more scrutiny – they should rather start proactively communicating their environmental credentials. Conveying positive information reduces the likelihood of a backlash and mitigates any negative brand associations. In this regard, a strategic communications effort would be building brand trust by making more proactive investments in ESG initiatives and thereby creating a halo effect – a bank of goodwill that will come in handy in a time of crisis.

2. Use pharma’s unique “saving human lives” narrative when it comes to the environment

Like many other industries, pharma’s environmental PR strategies have predominantly focused on making sustainability pledges. AstraZeneca emerged as the most influential company in terms of media impact.

AstraZeneca is looking to drive awareness with its flagship $1 billion “Ambition Zero Carbon” program aimed at reducing greenhouse gas emissions from global operations by 98% by 2026 and becoming carbon negative by decade’s end. To help promote its sustainability work, it launched “Science Can,” a campaign that includes a new video setting out how climate change can harm health and how companies like AstraZeneca are looking to change the way it works to help reduce their own environmental impact.

And Novartis, for its part, is rolling out renewable energy programs and natural climate solutions in order to become net zero by 2040. By 2030, the Swiss drugmaker aims to be carbon neutral across its value chain, too.

The problem here is that headline climate pledges can often sound like just the latest PR exercise – and there’s nothing worse than your PR efforts being perceived by the public as PR efforts and nothing more. Moreover, the pledge-centred strategies could often sound reactive to the numerous research findings blaming corporations for climate change.

Pharma can better promote its contribution by highlighting the link between sustainability and its core value – saving human lives. Rather than just making headline climate pledges, companies can showcase how their sustainability efforts add to their medical innovations in their mission to save humanity.

This could happen, for instance, by educating the public on how climate change is already impacting health in a myriad of ways, including by leading to death and illness from increasingly frequent extreme weather events, such as heatwaves, storms and floods, the disruption of food systems, increases in zoonoses and food-, water- and vector-borne diseases, and mental health issues.

3. Promote emerging concepts like green chemistry to stand out

As mentioned above, sustainability pledges are so common across industries that they can sound repetitive and uninteresting. Many of the largest pharma companies have already committed to reducing greenhouse gas emissions, but to break through the clutter with good stories, they could focus on promoting other kinds of sustainable work that are still not that well-known.

Take for instance green chemistry, a scientific field focused on the invention, design, and application of chemical products and processes to reduce or eliminate the use and generation of hazardous substances. In terms of share of voice in the media, it’s still an approach far behind more mainstream solutions like curbing emissions, recycling or waste management:

After all the research progress in green chemistry and engineering, pharma has not yet fully adopted the technology. Today, more than 98% of all organic chemicals are still derived from petroleum.  As the green chemistry movement continues to influence policy, business practices and consumer perception, companies must find new ways to “go green” while maintaining their bottom line.

Recently, the ACS Green Chemistry Institute has formed the ACS GCI Pharmaceutical Roundtable to encourage innovation while catalysing the integration of green chemistry, with members of the Roundtable including AstraZeneca, Bayer, Lilly, GlaxoSmithKline, Merck & Co., Novartis, Pfizer, and Takeda, among others.

The involvement of so many well-known pharmaceutical companies is promising, as the industry has historically been resistant to changing established manufacturing and research techniques. Although the adoption of green chemistry principles could be viewed as an additional burden for an industry already challenged with regulatory issues, pharma companies are beginning to realise the efficiencies and cost savings it offers.

Pharma companies’ environmental, social and governance (ESG) efforts skew heavily toward the S. A whopping 77% of pharma ESG efforts over the past 16 months were social, while just 12% were environmental and 11% governance, according to PwC’s analysis of 32 pharma and life science companies.

This is mainly because the pandemic served as a call to action within the public health community, spurring pharma to pursue actionable efforts toward reversing health inequity. Among everything else, media headlines during the pandemic have highlighted the disproportionate effect of COVID-19 across certain racial and ethnic groups. Outside of the COVID-19 narrative, many news stories also highlighted other topics such as maternal health equity and life expectancy and chronic health equity.

However, 43% of respondents in a recent GlobalData poll ranked environmental impact as the most pressing ESG issue for pharmaceutical companies to address, beating out social issues at 31% and governance issues at 26%.

Pharma companies could effectively promote their E not at the expense of the S, but by making them intertwine. As the ‘people’ impacts of sustainability are rising up the agenda, companies can try to tackle environmental issues while also addressing the structural inequities that mean some groups – such as women, BIPOC communities, LGBTQ+ communities and people with disabilities – are disproportionately impacted.

In this regard, the industry could address the social dimension of global warming, showing that they understand that the most vulnerable people bear the brunt of climate change impacts yet contribute the least to the crisis.

An initiative that received much media attention in our research sample was the Energize program, which Novartis, AstraZeneca, Novo Nordisk and seven other large pharma companies unveiled with Schneider Electric and Carnstone at the 2021 United Nations Conference of Parties (COP26) on climate change.

The idea was to engage hundreds of suppliers in bold climate action and decarbonisation of the pharmaceutical value chain. The “pre-competitive” collaboration will specifically seek to help suppliers address scope 2 emissions through green power procurement, which will in turn reduce the participating companies’ scope 3 emissions.

When it comes to collaborative programs like Energize, the next step for other companies is simple: if you’re not part of that program, or a similar program, join. What’s more, companies need to understand how much they can benefit shareholders at the same time that they’re helping the environment.

Partnering with stakeholders across the ecosystem can help launch a sustainable, community-based infrastructure. For pharma, in particular, comms executives need to operate differently and put a strong accent on partnership stories rather than competition.

Our previous research into the relationship between corporate news flow and stock market reactions shows that the stock market responds in a positive manner to news about strategic partnerships in the pharmaceutical industry reflecting the market’s immediate response, and expectations of future value, resulting from the partnership.