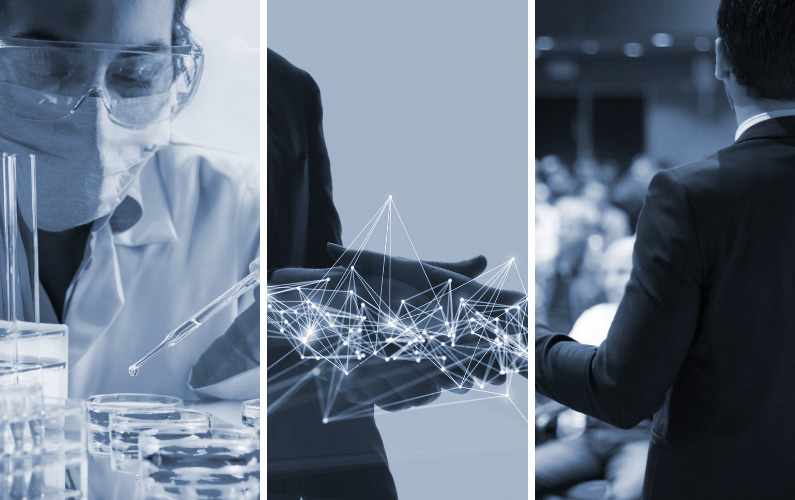 Historically more used to marketing their specific products than their own names, pharma companies are now starting to launch additional corporate branding efforts and reexamine their marketing and communications. As the industry’s role in fighting COVID-19 offers an opening to boost their reputations, pharma players are rethinking the importance of corporate brands.

For example, Pfizer, one of the top US spenders on pharmaceutical ads, used some of the TV ad inventory it had previously reserved for product commercials, to launch a corporate campaign called “Science Will Win.” The campaign asserts that when things are most uncertain, we turn to the most certain thing there is, science: “Science can overcome diseases, create cures and yes, beat pandemics. It has before; it will again.”

Sally Susman, chief corporate affairs officer at Pfizer, told the Wall Street Journal that the campaign was influenced by company research suggesting that people wanted to hear from scientists, versus celebrities or politicians: “I don’t think an industry gets that many opportunities to reintroduce itself. The vaccine has really created a new conversation for the industry.”

Another example of a corporate branding campaign is Johnson & Johnson ad that aired earlier this year, called “Behind the Mask,” which promotes the company’s scientists. Meanwhile, the Association of the British Pharmaceutical Industry (ABPI) launched its new campaign,  #ValuingVaccines, with its Chief Executive Richard Torbett saying it’s never been more important to tell the great story of vaccines: although pharmaceutical companies have decades of experience in the research, development and manufacturing of vaccines, they haven’t always been the best at telling their story and at playing their role in helping the public to understand the vital role of vaccines in society.

Execs at global communication agencies have also spoken about this shift: for instance, Kate Cronin, the newly appointed global CEO of Ogilvy Health, said that pitches are now centered on reputation and societal impact: “No longer do you get a brief that says, ‘We’re going to be marketing product X.’ Now, it’s, ‘We’re going to be marketing product X, and we need to position it in the world and how we make a societal impact. And we need to connect it to our corporate reputation.”

In the meantime, PRovoke reported that a number of pharma companies, including Pfizer, Moderna and J&J, have been seeking PR counsel focused on the various high-stakes challenges involved in vaccine development and marketing, including political obstacles, public distrust, healthcare inequities and logistical hurdles.

This comes at a time when 40% of Americans have a more positive view of the pharma industry than they did before the pandemic began, according to the latest Harris Poll survey. Moreover, data-intelligence company Morning Consult found that the pharmaceutical industry’s net favorability increased this year to 17% from 13% (net favourability is defined as the share of people with a favourable impression minus those with an unfavourable impression).

Our own recent analysis concluded that journalists have started to report more favourably of pharma’s work and that companies are experiencing a reputational boost as the pandemic highlights their role in developing medications and vaccines.

To analyse how this shift in corporate reputation has been reflected in the media, we used our proprietary reputation analytics framework ComVix, which uses advanced AI to track almost 500 news-reported business events categorised into 18 overall reputation drivers, which represents the most granular taxonomy of reputation drivers developed to date.

Our analysis shows that the biggest contributor to pharma’s improved reputation in the media was the Innovation driver, whose share of voice more than doubled (based on the ComVix analysis of 670 public companies in the healthcare sector).

Meanwhile, the share of voice of the Financial Performance driver, which previously represented 50% of the media coverage around the Health Sector, has decreased to 36%. This goes to show that the narrative portraying pharma as an industry which prioritises profit might have started to fade away.

The resonance of CSR news in the sector also increased, as the media puts emphasis on the industry’s role in battling the pandemic with their efforts to develop or find treatments, create diagnostic tests and protect medical professionals by providing masks and protective gear.

The focus on innovation could also mean that pharma companies might adopt a similar story archs to some of the strongest technology brands – think of Apple, which didn’t have much of a reputation until the innovative iPhone came along. Moreover, the PR efforts to give pharma CEOs a larger share of voice in the media at a time when COVID-19 dominates the headlines could get them near the celebrity status of tech CEOs.

The emphasis on innovation and the eventual success of the vaccines could finally help the industry to deal with the criticism that it is too slow to bring novel medicines to market.

Apart from Innovation, the other most prominent contributor to pharma’s improved reputation was Partnerships and Alliances.

Our previous research into the relationship between corporate news flow and stock market reactions shows that the stock market responds in a positive manner to news about strategic partnerships in the pharmaceutical industry reflecting the market’s immediate response, and expectations of future firm value, resulting from the partnership. The degree of the market’s response varies in terms of the client firms’ absorptive capacity with new product introductions being the strongest driver.

Another interesting shift is pharma’s focus on CEO communications as a means to bolstering corporate branding and reputation. News mentioning the CEO of the 10 pharma companies we researched – Abbvie, Amgen, AstraZeneca, Eli Lilly, Gilead, GSK, Johnson &Johnson, Merck, Novartis, and Pfizer – more than doubled in volume:

On that note, measuring and subsequently managing CEO brand image and reputation is essential for CEOs and their companies, especially in the age of social media. Recent research by global PR advisory firm FTI Consulting has shown that fast-growth companies are virtually synonymous with CEOs who prioritise communication – over 80% had a distinct brand.

To better understand what is driving CEO brand image and hence corporate reputation, we have launched a free monthly CEO Media Visibility Tracker, which uses advanced AI to measure the media and social media visibility of 150 CEOs of Fortune Global Companies and to identify the business events driving their image in the media.

The tracker shows the pandemic’s impact on the visibility of big pharma’s leaders, as the sector takes the opportunity to overcome its poor reputation and emphasise how its core business is helping.

Companies such as Pfizer, AstraZeneca, Gilead and Merck are bolstering their CEOs’ presence in the media to explain their approach to producing drugs and vaccine trials. As a result, these CEOs have all now made it to the top 50 of the most visible CEOs, which would have been highly unlikely before the pandemic.

For instance, AstraZeneca CEO Pascal Soriot and Pfizer head Albert Bourla are now in the top 20 most visible CEOs in the rankings. Almost all their coverage is driven by innovation, a core feature of all major pharmaceutical companies’ operations and especially as work on Covid-19 treatments and vaccines progresses.

Check out the CEO Media Visibility Tracker to find out what is driving CEO brand image and corporate reputation.

How can pharma comms people capitalise on these changes?