The Lampedusa Tragedy in the Twitterverse 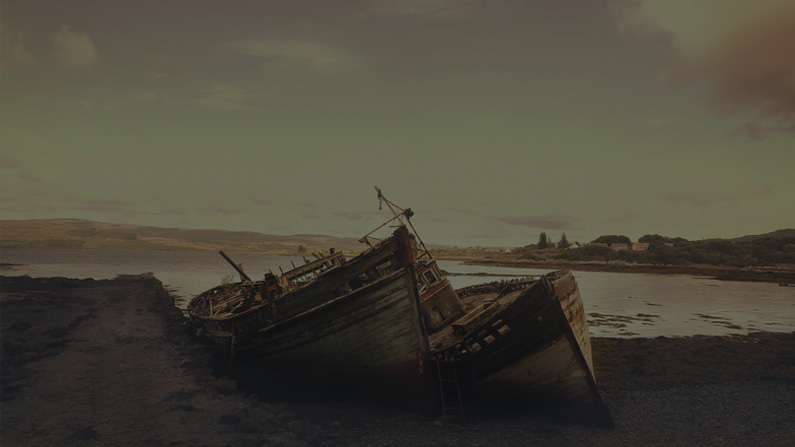 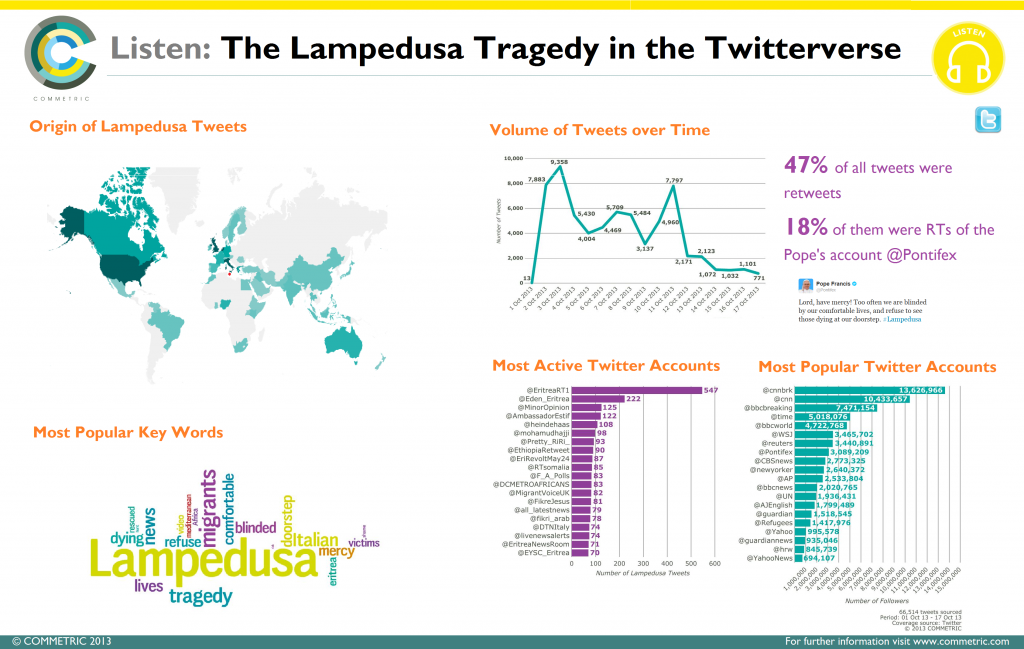 “Tragedy”, “dying” and “mercy” were among the most commonly used words in the Twitterverse to describe the dreadful event, which happened on October 3rd some kilometer and a half away from the coast of Italy’s southernmost island Lampedusa. The shipwreck took the lives of more than 300 migrants trying to reach Europe and generated huge media attention.

To see how the event was reflected in Twitter, we sourced 66,514 tweets, mentioning “Lampedusa” as a keyword or as a hashtag in English language from the period 03 Oct – 17 Oct.

Having in mind the focus language, it’s not a surprise that more than half of the tweets came from the US, followed by the UK and the Netherlands. Italy and Greece, both currently affected by immigrant waves, were the next two most active countries to tweet about the Lampedusa shipwreck. Although many of the migrants were originally from Eritrea, the high activity from the countries at the Horn of Africa is a bit striking considering the relatively low social media penetration in the region. Moreover, half of the top 20 most active Twitter accounts involved in the conversation were also either from or affiliated with the region, with @EritreaRT1 and @Eden-Eritrea being the two most active participants.

Two peaks in tweet volumes were discernible. The first one coincided with the day of the shipwreck, October 3rd. The second, October 11th, was the day when two events took place: Italian officials declared that the total number of victims was 389, while later that day a second shipwreck with a migrants’ boat in Malta’s territorial waters took the lives of another 34 people.

The most popular Twitter accounts involved in the conversation were of media outlets, with the accounts of BBC, CNN and Time taking the top positions. Pope Francis (@Pontifex) was the only individual person in the list. Perhaps surprisingly, no top Twitter celebrities, who otherwise show a lot of empathy on such occasion, tweeted on the Lampedusa tragedy.

Notably, almost half of all Lampedusa tweets were retweets, which suggests that Twitter users generally were spreading the news rather than sharing own opinions. A tweet by Pope Francis “Lord, have mercy! Too often we are blinded by our comfortable lives, and refuse to see those dying at our doorstep. #Lampedusa” was the most retweeted item – hitting 18% of all the retweets. The keywords from this tweet were among the top terms in the word cloud.

Other words from the cloud show more about the informative nature of the debate. Thought-provoking is that words such as “Europe” or “EU” didn’t appear among the most used terms.