The Oscars – Who Won on Social Media? 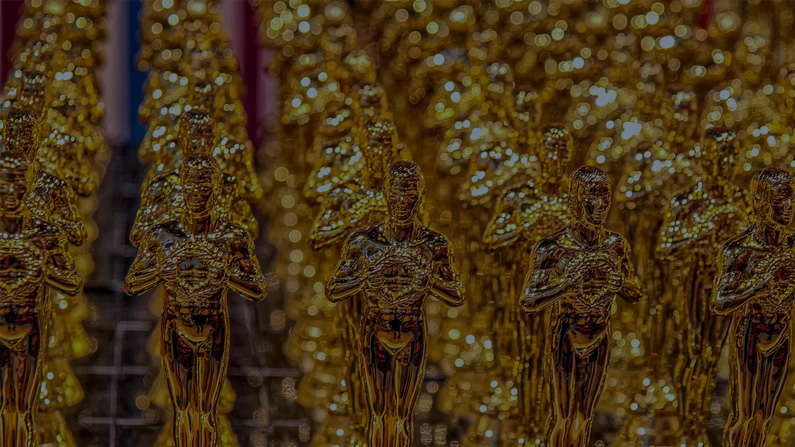 The 90th annual Academy Awards were held in Los Angeles over the weekend, honoring the highest achievements in film during the past year. With heavy competition in most major categories, and the spectre of #MeToo and #TimesUp hanging in the background, it was an event with a lot to prove, and no clear front-runner. Social media users were, predictably, very active during the show – which gave us a chance to crunch the data and find out who won the Oscars on social media!

For the purposes of this post we analyzed the Twitter, Facebook and Instagram activity of the six multiple award winners from 18:00 PM EST on March 4 (two hours before the start of the ceremony) to 02:00 AM on March 5 (two hours after the ceremony had finished).

With 13 nominations and 4 wins – more than any other film this year – one would think The Shape of Water was a shoe in when it came to social media activity. Director Guillermo del Toro will have to make do without that honor, however, since it was actually Pixar’s Coco that had the most mentions during the 8 hour period we monitored, racking up 260,751 across all networks.

The animated feature, which revolves around the Mexican holiday of ‘Día de Muertos’, became that country’s highest-grossing film ever in late 2017, and this overwhelming home base popularity gave it a crushing lead on social media. It had almost twice as much activity as del Toro’s Best Picture winner, and more than all other multiple winners combined.

Coco was the only movie among these to not feature the USA as its #1 most active country (yes, Mexico was on top), and the sole example of a predominantly female commentator audience, with 52.5% percent.

After winning Best Picture and Best Director, The Shape of Water had to settle for second place in our chart, with 134,209 mentions in total. Six of the top ten most active countries were from Central or Latin America, a trend which repeated itself across the board. In recent times the region has had tremendous success, with del Toro’s close friends Alfonso Cuarón and Alejandro Iñárritu winning Best Director three times in a row – the former for Gravity in 2014, followed by Iñárritu with Birdman (2015) and The Revenant (2016). Del Toro has now made it four, so expect continued interest in the years to come.

Among multiple winners, Christopher Nolan’s Dunkirk took bronze, with 87,273 mentions in total. Despite being a World War II film dealing with one of the turning points in the conflict – the 1940 ‘miracle’ on the French coast – Dunkirk seemingly failed to capture the attention of users in Western Europe. The United Kingdom was only its 7th largest ‘market’ with 3.7% of all conversations, while France came in at #15 with just 1.5%.

Dunkirk’s surprises continued, however, with the film recording the 2nd lowest male-to-female ratio amidst all six multiple award winners, with 44% of commentators being female – not bad for a sprawling war-epic filled with aerial combat and visceral close-ups.

Further down the chart we find Canadian director Denis Villeneuve with Blade Runner 2049, his ultra-stylish sequel to Ridley Scott’s 1982 neo-noir classic. Hailed for its superb camera work and overall visual design, the film recorded 57,067 mentions and won two awards in the Cinematography and Visual Effects categories.

It also had the most off-balance audience segments, at 71.4 percent male – perhaps fallout from initial debates surrounding its depiction of female bodies and the male-driven narrative development? Canada was the film’s 6th most active constituency, confirming Villeneuve’s status as that country’s leading director in the wake of several critically-acclaimed pictures like Politechnique, Arrival and Sicario.

24 years and a record 14 nominations after receiving his first nod for The Shawshank Redemption, Roger Deakins finally won the coveted Best Cinematography award for his work on Blade Runner 2049. Among his previously nominated features – Fargo, Kundun, No Country For Old Men, Skyfall, and Sicario.

After running riot at the BAFTAs last month, where it won 5 statuettes, Martin McDonagh’s Three Billboards Outside Ebbing, Missouri missed out on most of the major Oscars this time around. The drama snatched Best Actress and Best Supporting Actor, notching up 42,516 mentions on social media in the process. Though the United States was leading the discussion (32.7 percent of all posts), Missouri didn’t even crack the top 100 states or regions. Given the subject matter of the film – corrupt cops and an unsolved murder – that’s not exactly breaking news.

Rounding out the list of multiple winners is Joe Wright’s Darkest Hour, starring Gary Oldman as British Prime Minister Winston Churchill. With 22,085 mentions, the film generated less buzz than some pictures that failed to win, but it did capture the attention of Londoners – the city came in 4th place globally, behind only Mexico City, Los Angeles, and New York.

From the nine movies that won a single Oscar, one stood head and shoulders above the rest. Jordan Peele became the first black screenwriter to win in the category for his horror flick Get Out, and only the third person in history to be nominated for Best Director, Best Picture and Best Screenplay on their debut.

The film gathered a combined total of 90,704 mentions, the third-highest of the night; it was also the second best box office performer of all winners, behind only Nolan’s Dunkirk. It seems like a good idea to keep an eye on Jordan Peele in the near future – moviegoers already are!