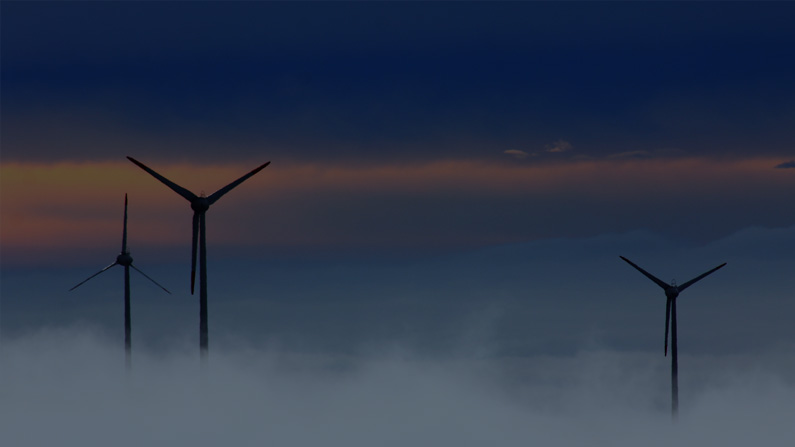 For the energy & utility industry, the last decade has been anything but easy. Global uncertainties – economic, social, political and regulatory – have forced professionals in the field to always be on the lookout for innovative solutions that might help them turn the tide.

Just as the turn of the century brought with it digital innovation and a marked shift in business relations, so is the current period overhauling the inner workings of the energy & utility (E&U) sector. From cybersecurity and electric vehicles, to smart meters and the continuing rise of renewables, there has never been a more complicated landscape to explore as a high-tier corporate representative.

To help distinguish between the most pressing concerns, we compiled a list of the top 3 trends energy & utility CEOs should prioritize while creating their corporate strategy.

The ever-increasing speed of digitalization is simultaneously an opportunity and a challenge for energy professionals. On one hand, technologies like blockchain can thoroughly change the way transactions are organized, speeding up financial operations and cutting costs by skipping the need for an intermediary, and with it a hefty commission. Experts have noted that the power sector has been slow to embrace the digital ledger concept, unlike their colleagues in banking.

Artificial intelligence has also been propped as a possible game-changer, with the list of conceivable benefits extending far beyond energy & utility companies. For the purposes of the industry, however, AI is already used to predict and enhance demand and supply across distributed grids, enabling dynamic pricing and improving overall efficiency. Cities are increasingly adopting it to get real-time data on energy and water consumption in an effort to optimize their sustainability goals. 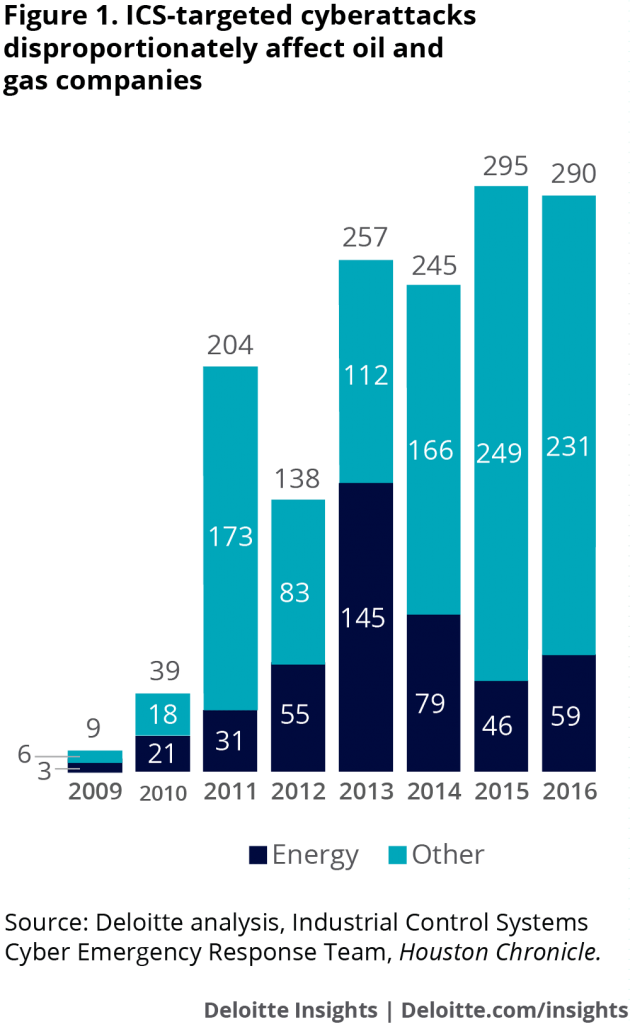 However, technological advancements can also be a threat, as exemplified by the multitude of hacking scandals in recent years. The Internet of Things allows for an interconnected system that improves performance, but also leaves gaps for hackers to exploit. Power sector professionals must work towards an integrated approach, utilizing robotics and data streams into their operational environment.

Oil and gas refineries and pipelines have been singled out as particularly at risk, due to their heavy reliance on complex digital control systems and remote operations. Between 2014 and 2016 they were the target of between 20 and 30 percent of all corporate cyberattacks, a disproportionately large segment as evidenced by the chart above.

Despite years of promotion and government-sponsored stimulus packages, electric vehicles (EVs) currently make up just around 1 percent of the global market, forcing some to doubt whether the long-anticipated shift away from fossil fuels will actually take place. Industry experts, however, are of the opinion that the forecast will pan out – just not as early as some had expected.

A growing EV fleet, an increased availability of ridesharing services, self-driving cars, falling prices and greatly expanded driving ranges – all these mean that companies in the field will face a variety of challenges while attempting to harness the future of mobility.

Firstly, EVs will increase electricity demand, which together with GDP has been flat across many developed countries in the last few years. While a recent study showed that the US national electric grid can currently support more than 150 million EVs, utility providers might need to invest in additional infrastructure for areas of peak concentration.

In a similar vein, developing countries are already struggling to provide adequate coverage during peak periods, such as mid-afternoons and evenings, especially in the winter. At the current rates of EV adoption, it is only a matter of time before this issue intensifies, which has forced suppliers to consider different pricing options. In such a manner, consumers are encouraged to manage their charging and utilize off-peak periods at a preferential price, a concept that will be especially useful in densely populated urban areas.

Figure 2: Adoption curves of eTrucks across regions and weight classes

Lastly, the logistics sector continues to invest heavily in EVs, with Tesla joining the fray in November by announcing the Semi, a range of autonomous electric trucks with a single-charge range of 500 miles. Though company founder Elon Musk confessed the technology will still be pricey when released at the end of 2019, maintenance costs are expected to be significantly lower than those on a regular truck.

Some estimates suggest that eTrucks could account for as much as 15% of global truck sales by 2030, and even more in certain segments and markets. If current trends in efficiency development continue, EVs will reach cost-parity with diesel-powered trucks by the end of the next decade, although the supply of infrastructure will likely be unable to match the demand, at least in the short-term.

In short, the convergence of technological developments, government regulations and societal trends will rapidly hasten the adoption rates of EVs, thereby shifting priorities for companies working in the energy & utility industry. In time, this will have serious repercussions on the demand for fossil fuels and lubricants, as well as oil exploration and refining.

The final reasons behind the ongoing energy-sector metamorphosis are the three cogwheels of the industry itself – government regulators, CEOs, and the almighty consumers.

Lawmakers in the United Kingdom, for example, have already agreed on a price cap for the energy market, expected to come into effect as early as this Christmas. Experts suspect this will reduce the rates of switching between different providers, and also improve consumer trust in the market, given that the government will essentially vouch for the tariff. Consumer bills have been narrowing since the cap was announced, while new suppliers have not shied away from entering the already competitive market, increasing their share from 1% in 2013 to 8% during Q3 of 2017.

On the downside, however, reduced profits could lead to a drop in innovation investments within the sector, while some of the larger UK suppliers have already been hit in terms of their stock prices. The low-price scenario is particularly worrying, since a report by the Oil & Gas Authority found that less than 25% of all industry projects between 2011 and 2016 were delivered on time and within budget. With falling oil prices and a flat rate on the horizon, energy CEOs must focus on removing inefficiencies and staying competitive.

Technology also has a role to play, allowing consumers to be more engaged than ever before. Take smart meters for example – the devices allow users to check their energy consumption in real-time and plan ahead. Coupled with smartphone apps and voice-activated assistants, they have helped reduce the domestic market shares of large suppliers across Western Europe. An Energy Saving Trust survey showed that three quarters of the UK public support the use of smart meters and the sharing of energy data, numbers that are hard to ignore.

Self-sufficient electricity micro-grids are also on the rise, allowing consumers to not only exit the industry ‘loop’, but create their own. By utilizing peer-to-peer (P2P) trading and blockchain technologies, neighbours can now buy and sell energy among themselves, bypassing energy providers altogether.

In order to remain relevant, energy & utility companies must rethink their traditional business models and change them accordingly. In a world where consumers can literally transfer energy between each other, the role of the middleman will need a new sense of direction.