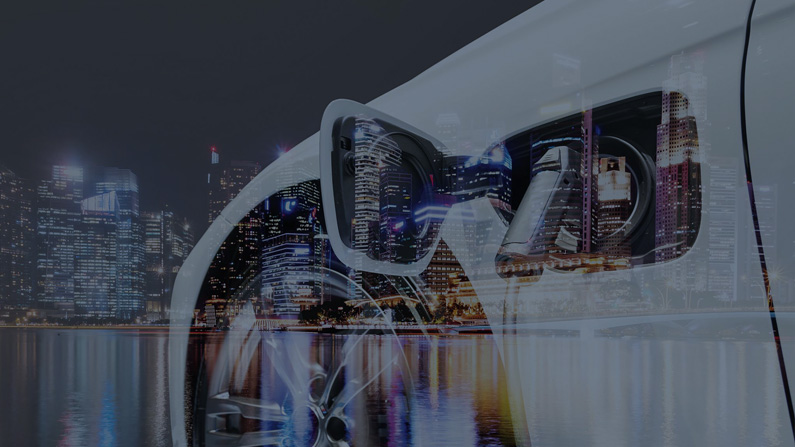 While electric vehicles (EV) currently occupy around 1 percent of the global automotive market in terms of new car sales, most signs point to an exciting future for the sector. Industry experts and observers have admitted that growth was a bit slower to emerge than they initially predicted, driven by infrastructure shortages, lack of public familiarity, and competition from fossil fuel models. Regardless, lower commodity prices and increasing ranges mean that companies are poised to grab a larger share of the market, and it is anticipated that electric vehicles will reach economic parity with other engine classes as early as 2025.

As the process of EV adoption keeps accelerating, so do media discussions on the subject increase in number, density and scope. In order to get a glimpse of how online news outlets in the English language have been covering the industry, we analyzed data from the six months ending on March 15th, sourcing it from top-tier global publications only.

What were the most discussed topics? Is online media coverage beholden to regional distribution? What should companies focus on?

As a result of the research, we identified 9 separate categories based on the overall theme of the media post, covering 35 carmakers from across the globe. By far the most prominent one were corporate news – including sales reports, state of the industry articles, and general company announcements regarding upcoming vehicle development. Together they represented 38.47 percent of all online media coverage, and were almost exclusively positive or neutral in sentiment, as indeed were the majority of articles sourced.

It comes as no surprise that a young and vibrant sector like EVs will generate a lot of overview content like this, especially in light of several major announcements that took place within the last six months. In October General Motors revealed plans for 20 new electric models by 2023 as part of their short-term strategy. Japanese carmaker Toyota then committed to 10 fully electric vehicles by the ‘early 2020s’, entering the sector for the first time even as they have established themselves as leaders when it comes to hybrids.

Finally, at the 2018 Detroit Auto Show this February, Ford announced they will invest $11 billion in their EV line-up, introducing 40 hybrid and fully electric vehicles by 2022. These three companies lead the pack in terms of overall mentions within the topic of Corporate News, followed by Volkswagen and Tesla – more on those later, though.

Industry outlook and partnerships came in second and third, at 24.64 and 14.99 percent, respectively. Digital media outlets remained divided with regard to long-term forecasts for the electric vehicle segment. Some of the more prominently featured articles questioned the overall marketing strategy and placed doubts on demand for resources such as cobalt; others predicted ever-increasing consumer demand, and the sales to match it. In terms of brand awareness, Tesla were the clear winners, accounting for 43 percent of the conversation; Nissan and Toyota rounded out the top three.

Elon Musk’s innovative approach didn’t fare this well in the partnerships category, where the company came in seventh place – Mahindra, Toyota and Nissan were in front. The former signed a deal with Uber to deploy hundreds of EVs in Delhi and Hyderabad by March of 2019 in one of the most widely reported stories from the past six months. Overall, Asian carmakers seemed more open to collaboration, with Honda, Suzuki, Mazda and Ssangyong all making the top 10.

Despite ongoing struggles between government departments and corporate entities, regulation and policy issues came in fourth place, with less than 9 percent of all articles featuring them as a central theme. Tesla had the largest share of voice once more (31%), driven by coverage of their strong sales in relation to tax breaks in the US, as well as high-level debates in Australia.

New product launches, such as those at international car shows and conferences, were included in a separate category, racking up a share of 2.31 percent. This was the third lowest result among the 9 topics, signifying that while ambitious plans are getting media recognition, actual model releases are falling a bit behind.

Infrastructure, possible risks, and autonomous vehicles completed the list of themes, with around 2-3 percent of the conversation each. Notably, the period that was sourced for the purposes of this article excludes the recent incident in Arizona, in which a pedestrian was killed after a collision involving a Volvo vehicle operated by Uber. The first of its kind, this event will likely shape and boost the discussion around safety systems and the concept of self-driving cars – Toyota have in fact already paused their testing program.

As evidenced by the overview above, two brands stood head and shoulders above the rest in terms of their conversation share – Toyota and Tesla. Both have seemingly placed their bets on potentially lucrative markets, though by employing different approaches. The Japanese carmaker relied on strong partnership deals to generate media coverage, including agreements with Mazda and Suzuki, which stood in stark contrast to Tesla. The latter was heavily cited in articles relating to the future of the EV industry, and in light of their announcement of a range of autonomous e-trucks with a single-charge range of 800 km, this is likely to remain the case.

The California business also opted for clever PR campaigns in markets without a large homegrown auto industry. One example was a 1,200+ km trip through the United Arab Emirates and Oman, designed to showcase the capabilities of the car, as well as the growing availability of infrastructure in the two countries. The non-traditional method gathered significant media attention in regional publications, allowing Tesla to be one of a handful of automakers to gain a prominent number of citations there.

Only one company of European origin made the top 10 in the chart above – Volkswagen, which revealed plans to invest EUR 10 billion in China by 2025, dedicating most of them to the development of 40 locally-produced electric models. Media outlets in India and abroad reported actively on Mahindra and Tata, both of which enrolled in a number of business partnerships, as the country’s government sought to extinguish e-security fears by stimulating local production. Lastly, despite having one of the best-selling electric vehicles on the US market during 2017, Chevrolet are trailing their main competitors in media reporting.