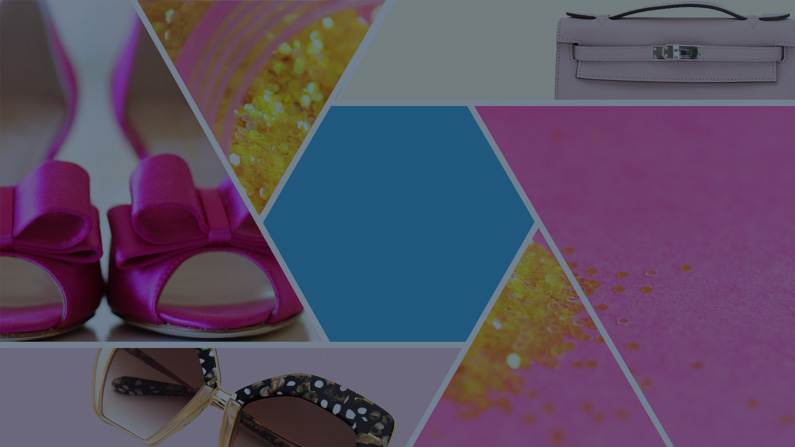 Hot on the heels of Buckingham Place’s announcement about the wedding of Meghan Markle and Prince Harry, brand valuation consultancy Brand Finance predicted that the ceremony will contribute around £500 million to the British economy, primarily in tourism. This initial prognosis seemed reasonable given the fact that Prince Harry is only sixth in line to the throne (now behind William and Kate’s third baby) and the chances of him becoming a king are quite slim.

But the consultancy had to reconsider its projection after it became evident that fans’ and the media’s preoccupation with the royal affair is growing out of proportion. Figures published two days before the happy couple tied the knot suggested that the event will benefit the British economy by over £1 billion, spread across tourism, PR value (“earned media coverage for Brand Britain in the run up to the royal wedding and live from Windsor”), retail and restaurants, fashion and merchandise.

PRs started exploiting the wedding to promote anything from umbrellas to airlines, from law firms to lap dancing clubs. But the most prominent consequence of the royal frenzy is what fashionistas have dubbed “The Meghan Markle effect”: the former American actress has become a marketing powerhouse for every fashion brand she wears, as her admirers flock to buy everything they see her in.

Meghan’s clothing choices are worth an estimated $212.2 million in media exposure and social media impressions. Interestingly, she tends to opt for lesser-known brands ranging in price and profile and stemming from small firms based across the UK and the Commonwealth. The new Duchess has brought minor labels to the fore in an unprecedented way, increasing the brand awareness of more relatable and affordable items.

It all started with Meghan’s first public appearance as Prince Harry’s girlfriend at the Invictus Games in Toronto last September. She was in ripped jeans from the California brand Mother, which subsequently experienced a 200% increase in traffic to its website, with the jeans selling out in three days. She was also carrying an Everlane tote bag, which was quickly ordered by more than 20,000 people.

At the engagement announcement in November, Meghan donned a white coat by the Canadian company Line the Label which was sold out in a flash, while the website of Birks, the Canadian jeweler responsible whose earrings adorned her that day, saw a 500% traffic increase.

At her first official post-engagement appearance, Meghan had a bag produced by small Scottish company Strathberry, which sold out in 11 minutes, and Canadian brand Mackage, which designed a coat she wore in Belfast, enjoyed 1.6 billion social media impressions in 24 hours. And soon after she was photographed with black jeans from Hiut Denim, the Welsh firm had to open a bigger factory.

On the wedding day, there was just a 160% increase in searches for designer Stella McCartney, but the searches for the phrase ‘halter neck wedding dresses’ had a 235% increase.

We analysed the media coverage of Meghan’s fashion choices to see which brands capitalised on the royal hype.

The advantage of Strathberry shows us that the hottest item in the Dutchess’ closet has been her bag. Created by Guy and Leeanne Hundleby in Edinburgh in 2013, the brand has become a leader in the mid-range handbag market and relies on its accessible price point. Other celebrities, such as pop star Lily Allen, had also been seen with Strathberry bags, but Meghan is the one who really boosted their sales. The bag is now called ‘Meghan Bag’.

Walford’s bodysuits are also a favourite of Kim Kardashian and Nicole Scherzinger, but Meghan made it much more popular when she combined it with a Burberry tartan coat. Founded in 1856, Burberry is the only world-known brand on this list, and is also one of the most followed on social media (with over 50 million followers).

This is in stark contrast with small denim company Hiut, which consists of approximately 20 employees, whose black jeans Meghan chose for an official visit to Cardiff. The company’s new factory is three times bigger because of the three-month waiting list which followed.

Ralph & Russo’s clothes have been in a royal setting before, when Angelina Jolie met the Queen in one of their skirts, but their coverage rocketed with the speculations that Meghan might use them for a wedding dress after she wore a gown for her 2017 engagement shoot. Before that, the dress by Italian designer P.A.R.O.S.H. which she showcased during a BBC interview was renamed from “Lachi” to Megan (sic.).

Meanwhile, World Gold Council announced that 2018’s first three months were the strongest first quarter for gold jewelry in the US since 2009 because of Meghan’s preferences. R&R Jewelers and Daniel Levy Jewelry got exposure primarily because their spokespersons commented on the new trend.

The Rise of Celebrity Influencers

There has been a tremendous growth of influencer marketing strategies of late, with brands using celebrity social media accounts for their significant number of followers to reach audiences. Often an individual’s ability to become a trendsetter because of their recognisable face is more powerful than any PR campaign. According to a study by content marketing platform Linqia, 86% of marketers used influencer marketing last year.

Tracking over 100 million searches, fashion search engine tool Lyst has launched its “Year in Fashion” report for 2017, which found that the most powerful celebrity influencer was Rihanna. She campaigned for brands such as Puma, Off-White, Molly Goddard, Gucci and Raen. Second was Selena Gomez, who advertised Coach, Louis Vuitton, Sandy Liang and Rouje to her 138 million Instagram followers, while Bella Hadid (18.2 million followers) came third wearing labels RE/DONE, Schnaider, GRLFRND and Ksenia.

Meghan was fourth although she deleted her social media accounts because of royal protocol. Her way of increasing brand awareness is notably different from what other celebrities are doing when entering well-paid formal relationships with brands. And all of the designers whose clothes were seen on the new royal capitalised on the situation by engaging in extensive storytelling about their brands’ history and ideas.

For instance, Hiut told the story of their base town of Cardigan, which was previously home to a Dewhirst denim factory, Britain’s largest denim factory. The factory shut down in 2002, leaving 400 of the town’s 4,000 residents unemployed. Hiut’s founders aim to revive their town’s manufacturing glory, and Meghan put their story in the spotlight. This simple narrative was picked up by the media and secured broad exposure for the brand’s mission.

Strathberry’s founders shared how they left their jobs in production and finance to devote themselves to launching the firm. Mackage told the story of how Meghan bought the coat, while Finlay & Co recounted how Meghan engraved her sunglasses with her initials.

In the fashion industry, where images are everything, the reliance on celebrity influencers is growing exponentially with the increasing number of social media users. It is already a well-proven PR strategy and we often read reports about its successful implementation: for instance, last year fashion retailer Boohoo boasted that it doubled its profits after paying celebrities to promote its products on Instagram.

Such accomplishments are also statistically justified by numerous surveys of the kind found in the book Contemporary Ideas and Research in Marketing, which revealed that 85% of consumers are heavily influenced by celebrity endorsements. But phenomena such as the Meghan effect prove that old-fashioned techniques such as storytelling and conveying a captivating message are immensely effective when you manage to capitalise on what the media is wrapped up in at a particular time.