Brexit in the Media: How Banks Gain Shares in the Brexit Coverage 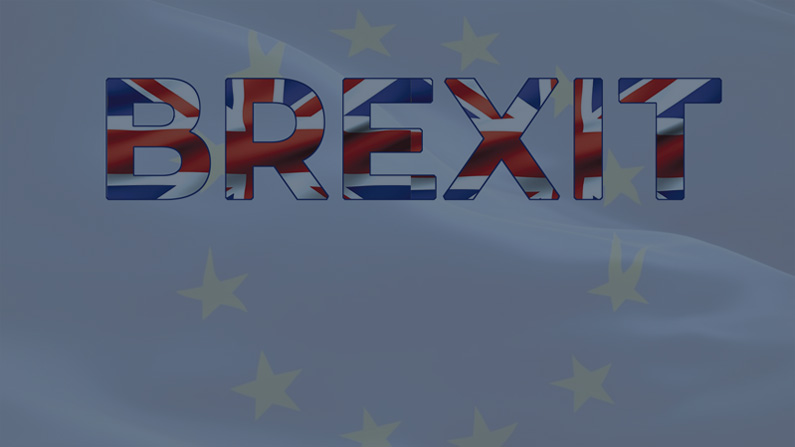 In the frenetic reports about everything Brexit-related, one industry palpably dominates the headlines: banking. This is because the UK’s economy is more reliant on the service sector than any of its G7 counterparts – services secure around 80% of the country’s GDP – and banking has had a special place within that sector since the 17th century, with London often dubbed the world’s most important financial centre.

The British capital’s dominance is under threat as the government is determined to pull the country out of the world’s largest single market, where the UK is currently an undisputed leader not only in wholesale financial services, but also in most subsets of the industry – for instance, the UK holds a 17% market share in cross-border bank lending, while France and Germany each have 9%. Britain also presides over the world’s foreign currency trading, and this came as a result of the EU single market and the arrival of the euro: one of London’s main money spinners has been trading trillions of euros in derivatives.

Ever since the referendum was announced following the Conservative Party’s victory at the 2015 general election, front pages have been ripe with the financial sector’s thoughts and actions regarding Brexit, and this tendency shows no signs of slowing down. Before the vote, banks were directing their PR efforts towards stressing the economic arguments in favour of remaining in the EU. Their main fear has been that they will lose “passporting rights”, which allows them to sell financial services across borders.

Now, amid the lingering uncertainty surrounding the divorce and the future UK-EU relationship, and while politicians have considerable communication problems, exemplified by the grim opacity of mantras such as “Brexit means Brexit” and “nothing’s agreed until everything’s agreed”, financial institutions are careful to formulate their messages. Some have engaged in preserving their brand value on the international scene, while others have capitalised on Brexit and came up with new ways to promote themselves.

UK banks usually have the highest brand value in Europe, but their recent performance on that front has been moderate. According to Brand Finance’s 2018 report on the world’s most valuable banking brands, HSBC’s brand value was down 12% to $18.3 billion, Santander’s  was up 2% to $16.2 billion, and Barclays’ was up 4% to $13.5 billion. Britain is still number three in the world (behind China and the US), having 6% (65.3 billion) of total value of the world’s 500 biggest bank brands.

This comes against the backdrop of a 3% value increase (from $327 billion to $337 billion) of the top 150 UK brands in 2018, compared to a decline by an average of 6% in 2017, with the devaluation of the pound after the referendum being the primary cause. This year’s banking report did not mention the B word, but last year, Brand Finance found out that Barclays suffered the hardest hit after the vote with a brand value drop of 20% due to an increase in its applied discount rate as a result of the economic uncertainty.

The consultancy’s Reputation Report Banking UK 2018 found out that The Nationwide Building Society has the most compelling brand in the UK financial services industry. Nationwide has a high recommendation ranking, loyal customers, and has capitalised on its building society heritage thanks to the new CEO Joe Garner, who was appointed two months before the referendum. His response to the vote, as examined by marketing intelligence service WARC, was to cultivate a community, empower audiences and put the needs of real people high on the agenda – for instance, Nationwide strives to support local causes and help members affected by the current economic landscape.

Banks in the Spotlight

To mark the two years after the vote, we analysed which banks received largest media shares in the Brexit coverage since the day of the referendum, 23 June 2016.

The two most mentioned banks were American giants Goldman Sachs and Morgan Stanley, which use London as a gateway to EU’s lucrative market. The top trending stories about both banks were about relocating staff and opening new offices in Frankfurt or Paris.

Goldman’s lead is to a great extent because of CEO Lloyd Blankfein’s presence on social media. Although he signed up to Twitter in 2011, he barely used his account before the referendum, but quickly attracted a significant amount of followers after what he tweeted during a trip to London: “Here in UK, lots of hand-wringing from CEOs over #Brexit. Better sense of the tough and risky road ahead. Reluctant to say, but many wish for a confirming vote on a decision so monumental and irreversible. So much at stake, why not make sure consensus still there?”

The tweet went viral and there was a strong media reaction, with business journalists and political commentators launching out into analyses. The apparent suggestion of a second referendum excited speculations from all sides of the political spectrum.

Most stories connected this to one of Blankfein’s earlier tweets: “Just left Frankfurt. Great meetings, great weather, really enjoyed it. Good, because I’ll be spending a lot more time there. #Brexit”. Coming after the announcement that the bank is to lease office space in Frankfurt for 1,000 staff, the tweet ignited extensive theorising about Germany’s future role for Wall Street giants in the post-Brexit financial landscape.

Another tweet that secured Goldman’s media presence consisted of an aerial shot of the construction site of the bank’s new $1.4 billion London office which is due to be finished in 2019 and which has the capacity to host 9,600 workers. The message accompanying the photo read: “In London. GS still investing in our big new Euro headquarters here. Expecting/hoping to fill it up, but so much outside our control. #Brexit”.

Apart from Blankfein’s engagement as an influencer on the topic, Goldman has launched a series of podcasts in which senior executives discuss Brexit-related issues. Their proactive offering of economic insights served as a rich source for journalists and cemented the bank’s status as a leading Brexit opinion maker.

Likewise, analysts at Morgan Stanley have also shared their research. They achieved particular popularity with a chart which shows that UK’s GDP growth would be reduced by 8% in case of no deal with the EU, by 5% with a free trade agreement, and by 2% if the UK remained a member of the European Economic Area.

The top tending stories about the bank’s Brexit analyses were from last year and had bombastic titles such as “Pound will be worth less than a euro by early 2018, Morgan Stanley predicts” or „Morgan Stanley expects May government to collapse in 2018”. Their commentary had a stronger political flavour than Goldman’s criticisms, and they even warned that Labour leader Jeremy Corbyn might be more economically dangerous than hard Brexit – a suggestion embraced by right-wing outlets.

After the two Wall Street players, the media has paid attention to Germany’s biggest bank, which has a significant presence in the UK since the 19th century. Deutsche Bank also has a Brexit blog where it publishes research on topics ranging from the EU budget to how “London’s crumbs could become Frankfurt’s pie”.

CEO Cryan Tells shared that the bank is preparing for a hard Brexit, and this became one of the top trending stories about the bank, alongside reports about the number of workers and the amount of capital it is going to relocate to its home country.

“We are not an island”

The messages of London-headquartered HSBC are understandably more positive: for instance, their webcast series are sub-headed “Get the lowdown on global trade opportunities”. In addition, surveys conducted by the bank in which it is established that “almost three quarters (72%) of UK companies expect to grow their cross-border business” prove popular among journalists. The bank’s sentiment appears more enthusiastic than its other British counterparts in our list, Lloyds and Standard Chartered. It does not endorse the referendum’s result, but it also does not mourn – rather, it tries to show that Britain will continue to embrace the world, including Europe, while maintaining its roots.

HSBC has also upped the ante in the debate by starting a campaign called “Global Citizen”, employing its new brand strapline “Together We Thrive”, the bank’s first motto since it did away with “The World’s Local Bank”. Without actually mentioning Brexit, it has become clear that Britain’s supposed future trade deals are at the heart of the marketing endeavor. In a statement, HSBC UK said: “Our new ad campaign reflects our proud international heritage and our commitment to helping people, businesses and communities in the UK to thrive.”

The campaign’s main weapon is a one-minute TV ad, soundtracked by Edward Elgar (the most famous British composer), where comedian Richard Ayoade displays the multiple international facets of living in Britain: drinking Colombian coffee, driving German cars, watching American movies on Korean tablets, eating Chinese food and so on. Ayoade’s conclusion is: “We live on a wonderful little lump of land in the middle of the sea. But we are not an island. We are part of something far, far bigger.” The remark contains a reference to the famous “no man is an island” quote by John Donne, another symbol of Britishness. Ayoade, who is born in London and is a son of a Nigerian father and a Norwegian mother, represents UK’s diversity and also features in the bank’s print, outdoor and digital content promotional efforts.

The underlying message of having Donne and Elgar in combination with the foreign aspects of everyday life could be interpreted as saying that being patriotic does not exclude embracing internationalism. The campaign seems aimed at both Remainers and Leavers – it highlights UK’s close connection with both Europe and the rest of the world. This intention was confirmed by Omar El-Gammal, planning director at J. Walter Thompson London, who worked on the campaign alongside WPP-owned Mindshare, and who told WARC that the target audience is “explorers”.

El-Gammal said that the campaign aims to tell a brand story and to have the courage to express a strong point of view about the world – according to him, the campaign is not about politics, but about the “human truth” that people will thrive more if they are together rather than on their own. This aligns with HSBC’s international heritage and appeals to more open-minded people, who might be worried about recent isolationist tendencies.

The message about internationalism resonated with both sides of the Brexit debate – we found out that commentaries on the campaign were among the top trending HSBC-related stories. El-Gammal claimed that the ongoing initiative has helped restoring the bank’s “declining brand health” by creating positive overall impression of the brand, awareness, and positive buzz and word of mouth.

Brexit has provided a new context for financial services providers to position themselves as thought leaders. The banks’ attempts to exert influence on the process’ political dimension seem not that fruitful for now – the government is adamant in its decision to cut ties with the single market. But offering expert views or sharing a vision about an impending event with unclear economic consequences is an effective way to promote a brand.