CES 2020: A Sneak Peek at Our Automated Future 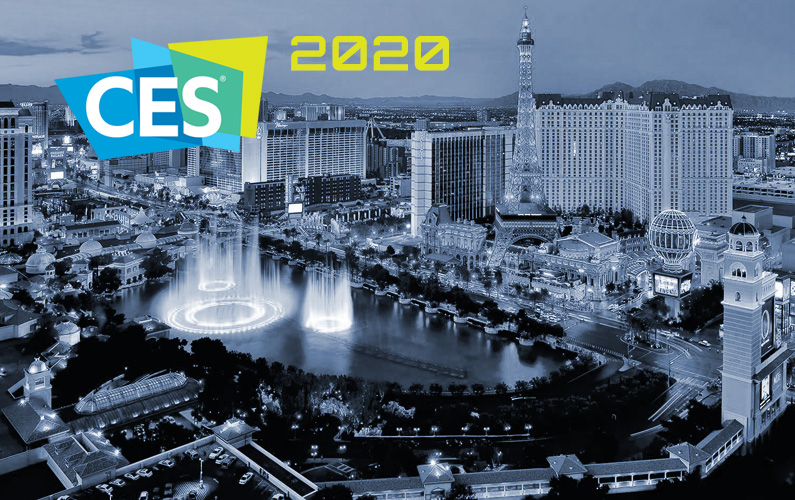 Traditionally the biggest marketing bonanza for communications professionals in the technology industry, the 2020 Consumer Electronics Show (CES) provided a platform for over 4500 companies of all sizes to build their brands by exhibiting, speaking, sponsoring, attending or holding co-located events and business meetings.

While waiting for the attendance audit numbers of this January’s CES, we should note that last year’s gathering attracted more than 6,365 reporters from 79 countries. It was covered by major broadcast networks, trade publications, magazines, newspapers, websites and blogs, extending the show’s reach beyond traditional technology media outlets to new audiences via lifestyle, travel, health & fitness, and food publications. It received more media attention than the 2018 CES by achieving 226,273 total media hits across print (8,825), broadcast (20,357) and online (197,091) outlets.

According to some commentators, the most impressive tech innovations at CES 2020 were about making the world better than simply impressing the crowds by presenting inventions like smart canes for the blind or a self-balancing electric wheelchair. Other popular opinions circulating the media stated that tech got less techie and more subtle while seeming more focused on the present than on some utopia.

A number of journalists reported that this year marked a turning point for sex tech at CES, with the Consumer Technology Association officially allowing sex tech companies to exhibit products such as smart vibrators and dispensers that heat oils and gels. While their booths were away from those of the big brands, analysts agreed that having these companies at the show represented a significant shift in attitudes.

Another rather controversial development which generated a round of media coverage was cannabis tech and particularly the debate surrounding Keep Labs, a Canadian cannabis company which pulled out of the event after it was told by CES organisers not to mention cannabis or show depictions of the plant on the showroom floor.

We analysed the media conversation around CES 2020 from 6-13 January in the top-tier English-language publications and found the most often mentioned brands:

The discussion around the event was dominated by Samsung, unlike last year, when Google was the most mentioned company. Samsung‘s keynote this year was themed “Age of Experience,” presenting the company’s vision of combining hardware, software and AI to provide digital experiences across all aspects of our lives. What attracted the media’s attention in this regard was the new robot called Ballie, which helps with household chores and follows its ‘owner’ around to photograph “special moments.”

Another coverage driver was the new 4K TV called the Sero, which rotates between vertical and horizontal orientations to simulate the experience of using a smartphone. The product was perceived to be Samsung’s bold pitch to the phone-obsessed millennials who nearly always shoot videos in portrait mode. The company also partnered with LG to introduce new smart fridges that scan the inside of the fridge and offer meal suggestions and recipe ideas based on the fridge’s contents. This innovation was viewed by many as another step towards the fully-automated kitchen of the future.

But both Samsung and LG, alongside another top Korean company, Hyundai, were criticised by Electronics and Telecommunications Research Institute (ETRI) President Kim Myung-joon for being stuck in a hardware-centric business mindset. On CES’ sidelines, he said that these companies must become more “software-centric” and break from their traditional “hardware-centric” structure in order to become true industry leaders.

Some journalists remarked that Google slimmed things down a touch for CES this year, unlike last year, when the company’s marketing department went a bit overboard and built a whole amusement park ride. This time, the tech giant exhibited a two-story booth and, as with last year, almost everything it showcased was focused around its voice-powered AI helper, Google Assistant. What appealed to analysts was that the company revealed the Assistant’s user numbers for the first time: 500 million people a month.

Google also promoted its vision of “ambient computing”, an always-on, always-connected future, and used the show as an opportunity to confirm a “continuing commitment to privacy” by announcing new Google Assistant options.

Meanwhile, Amazon used the show to reveal its plan to be a major player in self-driving vehicle technology, from making cars talk using Alexa’s voice to managing data from factories full of robots.

As ever, much of the event’s hype centred on the rivalry between Google and Amazon. A great number of reporters focused primarily on these two tech giants, writing features such as “Amazon’s Alexa and Google Assistant try making themselves the talk of CES 2020“, “Google Assistant, Amazon Alexa Clash At The CES 2020 Debut” and “Amazon and Google to Hit CES With Digital Assistants in Tow“.

Like last year, the CES publicity duel was narrowly won by Google. Journalists paid more attention to the Google Assistant’s compatibility with an increasing number of devices, from TVs to showers.

A major coverage driver in the conversation around CES 2020 was the presence of Apple and Facebook, two companies which are usually absent from the show.

Apple, for example, has never had an official presence at CES, doesn’t host press events and rarely releases CES-related news related to products, but instead hosts its own events and dominates the news cycle. It made an exception last year as it wanted to become a bigger services provider: it put out a billboard saying “What happens on your iPhone, stays on your iPhone” beside a monorail with Google advertisements.

But this year, Apple made its first CES appearance since 1992 by sending its senior global privacy director, Jane Horvath, to discuss data privacy at a panel alongside Facebook’s chief privacy officer, Erin Egan. Privacy has become a bigger part of Apple’s marketing campaigns over the past year and has been a selling point for the iPhone, with CEO Tim Cook claiming that the company views privacy as a fundamental human right and doesn’t need to collect and monetise consumer data. Apple‘s participation in CES was largely perceived as taking further steps to send the message that data security is a top priority.

Facebook‘s privacy-centred marketing at the show included a presentation of a new version of its “privacy checkup” page. Erin Egan said the social media giant is as serious about data protection as Apple: “At Facebook we have a different business model than Apple, but both business models are privacy protected. We’re very committed to protecting privacy and our advertising business model.” But some commentators called these messages “privacy-washing”, saying that tech companies market control and transparency over data but continue gobbling it up.

Although consumer concerns about privacy have been around since the dawn of the Internet, and data breaches regularly make headlines around the world, Facebook’s recent troubles were what really made data protection a central concern for consumers – it became clear that improper handling of sensitive information can lead not only to financial abuse but can also influence global politics and people’s well-being. The risk associated with the way data is used versus the way it’s safeguarded is becoming a priority for an ever-larger group of stakeholders, not just regulators and policy makers.

The ongoing series of crises made Facebook fall to the bottom of Reputation Institute’s U.S. RepTrak. The only company with a lower ranking was the Trump Organisation, while the company above Facebook was Philip Morris, a symbol of the vilified tobacco industry. Compared to the benchmarks of other behemoths like Netflix, LinkedIn, Microsoft, Google, Facebook was the only tech business in the weak range.

For more on this topic, read our analysis “From Media Data to Reputation Analytics: A Case Study of Facebook”.

In the meantime, consumer goods company Procter & Gamble has increased its share in the tech conversation by debuting a range of products to further personalise personal care, including toilet-paper-retrieving robots and a smell detection system.

For many journalists, P&G continued to massively change its approach towards product innovation and customer engagement by showing how new technology can transform the consumer-brand relationship. Exhibiting a shift to data-driven products, the company was mentioned for its AI-equipped and internet-connected Oral-B toothbrush, digital diapers and razors for caregivers making it easier to shave someone else’s face.

Silicon Valley company Impossible Foods, which develops plant-based substitutes for meat and dairy products, also sought to become part of the media discussion around technological innovation. It recently brought its Impossible Burger, a plant-based patty that bleeds and sizzles when it cooks, to the supermarkets. It has become extremely popular in restaurants since its introduction in 2016, and the media took the news of its move to the stores as one of the leading signals that the meat alternatives industry is growing fast.

At CES 2019, Impossible Foods debuted the Impossible Burger 2.0, garnering more than 446 million media impressions, with more than $4 million USD in ad value equivalency. This year, it hoped to appeal to a global audience with its latest vegetarian-friendly meal, which was a plant-based substitute of the most widely consumed meat in the world – pork. Its Impossible Sausage will be available at some Burger King restaurants in the US.

Impossible Foods‘ presence at CES proved that food technology is becoming a trending topic at a time when the meat industry, which is increasingly scrutinised for issues revolving around health and sustainability, is experiencing an unprecedented disruption from a rapidly growing demand for plant-based alternatives.

For more on this topic, read our analysis “Meat Alternatives: Cooking Up a Market Disruption”.

Events such as CES are becoming more and more important for communications professionals, as more and more reporters flock to the exhibiting centres every year. PR and social media agencies such as Uproar begin their CES preparations as early as October so that everything is in place by the actual event in January when the main aim is to secure vast media exposure. In this regard, measuring and analysing the impact of comms campaigns is crucial not only for evaluation but also for planning and implementing future strategies.