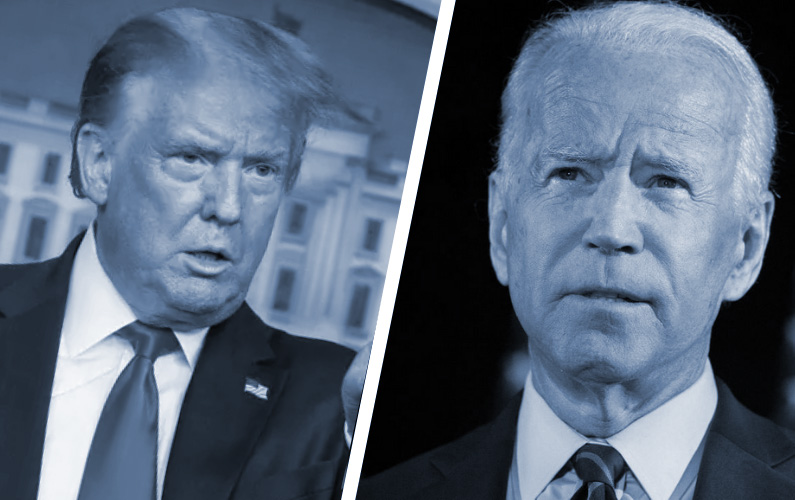 The much polarised rhetoric around the US Election 2020 provides us with a unique opportunity to study how language is used by specific subpopulations talking about specific topics. In this example, we are most interested in getting insights on how some key words are related to each other inside the minds of Trump’s and Biden’s supporters.

We believe that we can better grasp a community’s picture of the word by understanding their dialect. Languages are the framework of our thinking so if we get to understand how words are associated inside a person’s mind, we will be able to understand how their ideas came to be.

We gathered 180,000 tweets posted by Trump’s and Biden’s hard core supporters in the period May-October 2020 and analysed them by training a word2vec deep learning model. This allowed us to encode the meaning of the words used by Twitter users as dense high-dimensional vectors inside a semantic space. Distances between those vectors encoded the semantic distances between their associated words.

We used our model to retrieve the 20 closest neighbours to the words Trump and Biden, so as to get an understanding of how each presidential candidate is perceived by his opponent’s supporters. The results from the perceptual mapping are presented on the graph below. The width of the connections is indicative of the strength of the perceptions.

For more on the topic of archetypal communications, read our analysis “Storytelling and Sports: Under Armour vs Nike.“