Which Companies Used the Crisis as an Innovation Opportunity? A Media Analysis 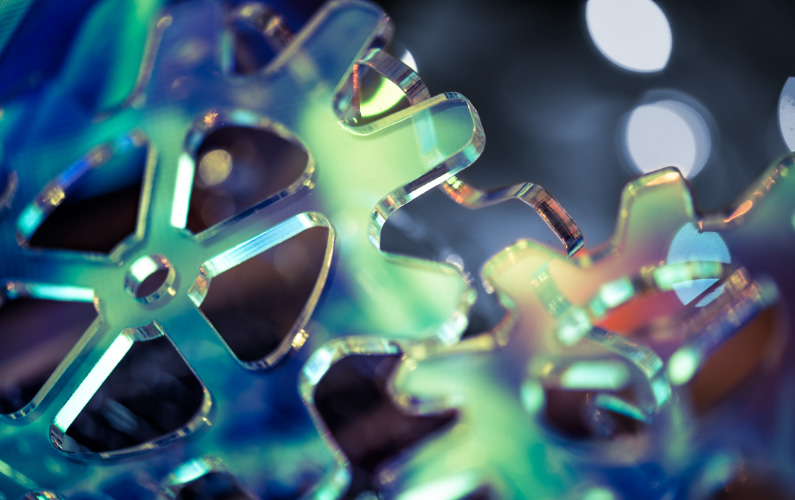 Innovation becomes a necessity in a time of crisis. This was one of the main takeaways from a recent study conducted by Microsoft and the International Data Corporation, which found that 41% of organisations regard the COVID-19 pandemic as an opportunity to innovate and rethink their business models.

So, instead of minimising risk, playing it safe, and conserving resources, which would be the intuitive thing to do during a crisis, many organisations actually rely on innovation to recover from the pandemic and fuel business resilience.

Many researchers point out that past crises such as the cholera pandemic, the financial crisis or the SARS epidemic, showed that companies that focused on innovation achieved greater results post-crisis.

A similar sentiment is found in McKinsey’s recent survey of more than 200 organisations across industries, according to which more than three-quarters executives agreed that the crisis will create significant new opportunities for growth.

We decided to use the Commetric COVID-19 Business Impact Tracker to help us understand which industries and companies gained the most traction in the media in relation to their innovation activities during the COVID-19 crisis. Our free AI tool uses rule-based natural language processing (NLP) and machine learning to track almost 500 news-reported business events that affect companies and industries during the pandemic.

We analysed media data from thousands of outlets for the period November-December 2020, covering most publicly-traded companies in the US, and looked into the media resonance of the various corporate innovation activities that took place in the context of COVID-19, i.e. the amount of media coverage that referenced the companies and their innovation efforts.

Unsurprisingly, Pharmaceuticals took the lead as the most innovative sector, at least in terms of their media resonance.

The sector’s lead was driven primarily by Pfizer and AstraZeneca, which both achieved success in the phase 3 trials of their vaccine candidates.

In addition, we discovered that, based on the ComVix analysis of 670 public companies in the healthcare sector, the share of voice of the Innovation driver than doubled in 2020 compared to 2019. The emphasis on innovation and the eventual success of the vaccines could finally help the industry to deal with the criticism that it is too slow to bring novel medicines to market.

We also found that the pandemic has put biotech companies in the media spotlight. Biotechnology is still a sector that, unlike pharma, is not that much in the public eye, but the current crisis made it the third most innovative sector in terms of media resonance.

At first, small biotechs Inovio Pharmaceuticals, Moderna, and Novavax were the companies with the greatest centrality in the debate for their work on vaccination.

But the growing media interest in the sector has given greater exposure to biotechs that don’t even work in COVID-related fields: for instance, Atara Biotherapeutics, which launched a T-cell therapy targeting mesothelin designed for the treatment of solid tumours, and Xencor, which entered into a collaboration with Janssen Biotech to discover novel CD28 bispecific antibodies for the treatment of prostate cancer.

The pharma and biotech sectors made ‘Drug trial success’ and ‘Trials’ two of the most prominent business events within the Innovation coverage driver.

Meanwhile, the Aerospace sector came second because of SpaceX, which launched more than ever and actually broke its previous record of 21 launches set in 2018. The media particularly went crazy about the company sending sent two Nasa astronauts into orbit, initiating a new business model for Nasa.

Although the pandemic slowed operations in many industries, Elon Musk’s company put nearly 420 of its own satellites into low-Earth orbit and proceeded with efforts to begin offering limited commercial Internet service by late this year or early 2021.

These developments, as well as the celebrity status of Elon Musk, made SpaceX the third most innovative company in terms of media resonance after Pfizer and AstraZeneca:

Unlike Healthcare, the innovation efforts in the Technology sector would rather fall in the ‘incremental innovation’ category, with companies developing tools or applications, often as part of their current offerings, to help people increase their safety and make the most of the COVID-19 crisis.

Microsoft was first among the tech giants for launching several new products like a next-generation Xbox gaming console amid pandemic-driven demand, a tracking website providing statistics and information about the spread of the pandemic, and an advanced early warning system to autonomously monitor disease-carrying animals.

It’s also interesting to note the companies whose innovation activities weren’t directly related to the pandemic but which nevertheless sparked media interest. For example, agricultural company Syngenta launched an innovative new technology that can be used to protect a wide array of crops from pests.

Another agricultural player, CNH Industrial, partnered with Accenture and Microsoft to enhance its digital capabilities and develop smart connected products and services.

Many innovation initiatives within the telecoms sector were driven by such partnerships: for instance, Vodafone collaborated with cybersecurity firm Fortinet for its new Managed Security Service, while Telefónica Movistar Chile announced a multi-year extension of its partnership with software provider Amdocs.

The pandemic also gave rise to innovation in the renewable energy sphere, and many publications reported that renewable power is defying the crisis with record growth this year. For instance, solar project developer ReneSola formed a joint venture with Innova to develop solar projects in the UK.

Check out the COVID-19 Business Impact Tracker for more insights into COVID-19’s impact on companies and industries.