Lobbying Bonanza: How Companies Played the Influence Game During Covid 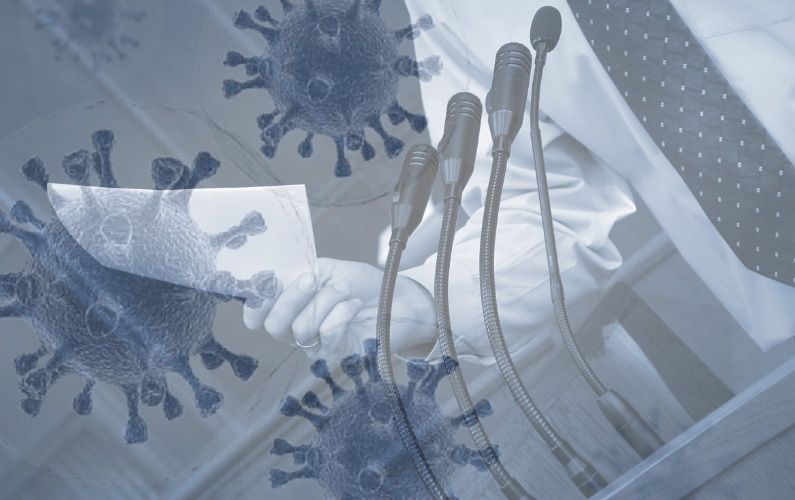 While the pandemic might have shut down much of the US economy, the multi-billion lobbying business – the so-called “industry of influence” – has been booming. As Congress introduced its relief package, companies and interest groups have been hiring lobbyists and regulatory experts, hoping their investments would pay off in federal funding.

The media has been following these developments closely – The Wall Street Journal reported that “business is booming for the influence-peddling business”, while Politico called the latest efforts a “lobbying bonanza”.

We decided to use the Commetric COVID-19 Business Impact Tracker to help us understand which industries and companies gained the most traction in the media in relation to their lobbying activities during the COVID-19 crisis. Our free AI tool uses rule-based natural language processing (NLP) and machine learning to track almost 500 news-reported business events that affect companies and industries during the pandemic.

We analysed media data from thousands of outlets for the period March-December 2020, covering most publicly-traded companies in the US, and looked into the media resonance of the various corporate lobbying activities that took place in the context of COVID-19, i.e. the amount of media coverage that referenced the companies and their lobbying efforts.

Household & Personal Goods, Retail and Industrial took the lead as the most active lobbying sectors, at least in terms of their media resonance.

The Household & Personal Goods sector dominated the lobbying discussion mainly because of Amazon, which urged Congress to pass a law against price gouging during times of national emergency. Brian Huseman, a vice president of public policy at Amazon, said that different states had different definitions of gouging and that federal legislation is needed to protect consumers as bad actors seek to profit off the COVID-19 crisis.

In general, Amazon is one of the biggest lobbyists in the US: together with Facebook, it has been the leader in lobbying investments throughout 2020. Part of their lobbying itinerary was legislation that was meant to combat the economic downturn of the pandemic.

Another Household & Personal Goods company, Clorox, sent a letter to Secretary of State Mike Pompeo and U.S. Trade Representative Robert Lighthizer urging them to fight global export restrictions on any product used to treat or prevent the spread of the coronavirus.

Within the Retail sector, Walmart CEO Doug McMillon has been among the voices calling for another stimulus package. In October, he urged Congress to pass another relief bill, aiming to assist those who ‘really need help’ and boost holiday sales by billions of dollars.

“If you have been let go and don’t have income, you really need help,” McMillon said at the Yahoo Finance All Markets Summit. “The voice we have at Walmart is to say to Congress and the administration we need you to help those people who need help.”

Another retail company, Kroger, urged the government to classify grocery store workers as extended first responders or emergency personnel, which would give them access to personal protection equipment (PPE) that they could use while working.

One of the hardest-hit companies from the Industrial sector, Boeing, came third after Amazon and Walmart in terms of media resonance.

Boeing pressed for the nation’s aviation and aerospace sectors to be included in the government rescue program. Aerospace companies faced an unprecedented amount of cancelled contracts and production halts, leading analysts to believe that the sector is experiencing the worst crisis in its history.

There were also companies which turned to foreign governments – for instance, Microsoft urged a crackdown on cyberattacks by Russia and North Korea, as it detected three state-sponsored hacking operations targeting seven pharma companies directly involved in researching vaccines and treatments for the pandemic.

In the meantime, camera giant-turned-pharmaceutical company Eastman Kodak doubled down on its lobbying efforts, which resulted in President Donald Trump announcing $765 million in federal financing for Kodak to produce chemical ingredients used in the production of COVID-19 treatments.

Other players within the Health sector were mentioned for lobbying the EU for legal protection against COVID-19 vaccine liabilities – AstraZeneca, Novavax, Pfizer and GlaxoSmithKline warned that the speed and scale of development and rollout do mean that it is impossible to generate the same amount of underlying evidence that normally would be available through extensive clinical trials and healthcare providers building experience.