How Do Brands Imagine the Post-Covid World? A Social Media Analysis 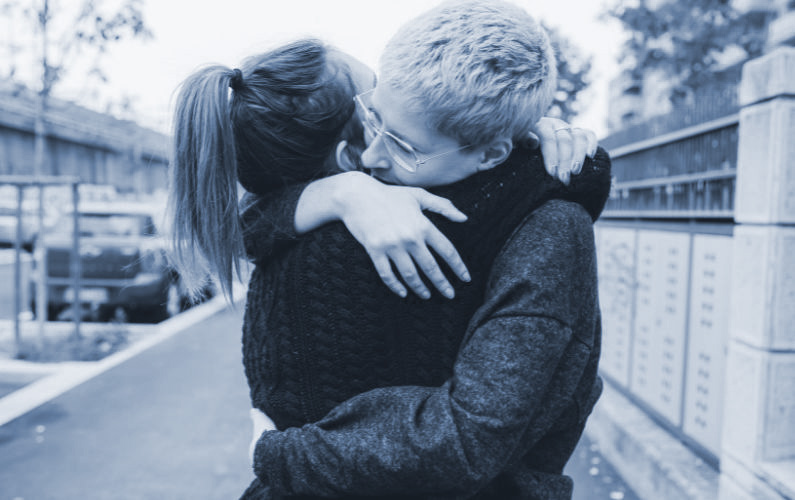 Since the start of the pandemic, it seemed like all the ads from big brands were like a rendition of the “uncertain times” or “we’ll get through this together” mantras. Many commentators from the marketing world have noted that seemingly every ad over the past year has followed the same beats.

But having conveyed their Covid-infused messages of compassion, advertisers now face an even more complex challenge: planning for the post-pandemic era. As more and more people have been fully vaccinated and can’t wait to get back to their pre-pandemic lives, brands are eager to move on from the melancholy tone of pandemic advertising and start instilling optimism and messages of hope.

Even though it might take a long time for even the most vaccine-supplied markets to reopen fully, many marketers are trying to convince us we’re a step away from “going back to normal”. In fact, there has been “a giant spike in the utilisation of people in intimate photos” in advertising, and consumers have welcomed ads that demonstrate socialisation in a post-pandemic world, Business Insider reported.

We thought it would be interesting to conduct a social media analysis and see which of these post-pandemic ads resonated with users on Twitter during the last three months.

We found that Google was the most often mentioned brand in the conversation with its “Get Back to What You Love” ad.

Google’s minute-long video, crafted in the style of classic tear-jerkers like its Dear Sophie ads, shows search terms throughout the pandemic such as “quarantine,” “social distancing,” “lockdown” and “restrictions de voyage” (travel restrictions).

It then illustrates how those terms may be transforming as the world opens up: “sweat pants” changes to simply “pants” and a scheduled “virtual happy hour” turns into a live “happy hour” calendar notice. A theatre location on Google maps transitions from “temporarily closed” to “open.” As the background music becomes more cheerful, the final search term reads: “covid vaccine near me.”

In the video’s description, Google says that while there’s still uncertainty ahead, the vaccine gives us reason for hope. “As the vaccine becomes more available, you may have questions. Search ‘covid vaccine’ to get the facts.” The ad also urges viewers to visit the website of the Centers for Disease Control and Prevention.

The “Get back to what you love” ad was published in late March 2021, but it’s gaining traction after airing during the National Collegiate Athletic Association (NCAA) Final Four games in April, according to 9to5Google, a publication dedicated to Google-related news.

An overwhelming majority of those commenting on the ad tweeted that it made them emotional, with some asking questions like “Am I the only one Watching a google commercial during the Final Four and crying!?!?” Many also shared how the video made them “tear up” and characterised it as an “emotional journey.”

There were also users stating that they are “seeing the light at the end of the tunnel,” and that Google nailed it in showing that this is what we all want – to hug, to celebrate, to cheer and to live. Others praised Google not only for the emotional storytelling but also for encouraging people to vaccinate.

Washington Post reporter Dan Diamond started a Twitter thread about how the “subtle ad” does two things cheered by experts: remind folks what they can gain from the shot, and show that it’s their choice. And Amanda Litman, executive director of political organisation Run for Something, said she was “absolutely furious” that a Google ad made her “tear up,” to which Marvin Chow, vice president of global marketing at Google, replied: “Whatever it takes to make us all safe.”

After Google, the second top-trending brand in our research sample was the men’s fashion house Suitsupply, which released a new campaign showcasing barely dressed models kissing and licking each other under slogans like “The New Normal Is Coming.”

Suitsupply‘s campaign might be seen as the exact opposite of Google’s – instead of relying on emotional responses, it comes as a shock for a world of social distancing and face masks. As many were quick to point out on Twitter, some of the campaign’s photos include saliva – an image which was deemed so inappropriate in the context of the ongoing hygiene measures that KFC dropped its “finger-lickin’ good” slogan.

The ads are also in a stark contrast from the rest of the brand’s visual materials, which simply show solitary, clothed men, who sometimes wear masks.

Fokke de Jong, Suitsupply’s CEO, told Business Insider that post-pandemic life is on the horizon: “Social distancing for extraordinarily long periods of time has conditioned us to fear proximity of others and that is perfectly justified. The campaign is simply a positive outlook on our future where people can get back to gathering and getting close.”

Suitsupply got quite a bit of buzz as Twitter users started discussing whether the ad was appropriate – some accused the brand of “not reading the room”, saying that the ad grossed them out, while others praised it for the provocative messaging, suggesting that the brand’s marketing team should ask for a bonus.

The buzz generated from the campaign is quite evident when we look at the spikes in Google searches and content published around the brand in March and April 2021:

Some of the critics liken the new campaign to Suitsupply’s problematic past, recalling one of their former campaigns which included a picture of a miniaturized man in a vest, nestled in the cleavage of a gold bikini–clad model who licked his head.

There was also a debate around the gender issues in the campaign, with users remarking that the brand sells women suits, but evidently doesn’t think women should wear one. Some noted that they would probably have bought one of their suits by now, as the clothes are supposed to be good quality for their price point, if the ad didn’t leave a bad taste in their mouth.

However, defenders of the brand said that the campaign looks like one of the healthier ways to show sexual imagery in fashion, an industry that often uses sex to sell clothes – users named Tom Ford and Calvin Klein in particular. Others also praised the gay couples in the corner of one of the images.

Other brands from the fashion industry also got Twitter users talking about their commercials, even though they didn’t create such heated discussions. For example, the shapewear company Shapermint came out with TV commercials called “Remember Dressed?”, which shows a woman lounging in sweats on her couch who is persuaded by a snazzier version of herself to wear something other than soft pants. And Diesel‘s new campaign, “When Together,” shows couples who are reunited after a long time apart.

A hopeful notion of the post-pandemic world was also projected by Pepsi‘s “The Mess We Miss,” which paints a picture of our future, inspired by our past. Using the Broadway classic “Tomorrow” from the musical Annie as background music, the ad portrays an optimistic future where we can return to some of life’s most enjoyable and often times messy moments.

The response on Twitter was quite positive, with users noting that Pepsi’s new spot successfully illustrates all the ways we thoughtlessly shared germs in a pre-pandemic world in movie theatres, at sporting events, in karaoke bars and at work—something that now can seem strange amid ongoing social distancing.

Todd Kaplan, Pepsi VP of marketing, said that it’s easy to feel nostalgic and that despite the messiness of some of those moments, “this familiar past also represents an optimistic future we can all hope to achieve as we look to get to the other side.”

Guinness managed to engender a social media discussion by urging consumers to share what they’re toasting to this year, with the brand donating $1 — up to $100,000 — for every post on Facebook, Instagram and Twitter that included the #AToastTo hashtag and @GuinnessUS handle until March 21.

Again playing with the “back to normal” notion, Extra gum‘s ad was celebrated on Twitter for presenting a morning when normal returns all at once – everyone logs off Zoom, couples meet in a park and begin making out, against the backdrop of Céline Dion’s “It’s All Coming Back to Me Now”. And since being in public is normal again, people use Extra gum for fresh breath – the ad comes after the downturn in demand for mints and gum amid the pandemic.

In contrast to the optimistic feeling conveyed by most campaigns, Burger King’s new spot, “Confusing Times,” appealed to Twitter users by looking at the discombobulation that will hit people emerging from a year of lockdown habits: some might discover that they enjoyed dating someone else’s profile more than the actual conversation, while others might grow agitated over real-life work conversations where it’s impossible to turn off the camera. But the struggle to adapt is softened by a Whopper, an Impossible one at that.

Many Twitter users praised Burger King for working with Impossible Foods to launch the meatless Impossible Whopper. The burger chain gained traction on social media at a time when the spread of COVID-19 has put an unprecedented focus on meat and dairy alternatives.

For more on this topic, read our analysis “Health & Wellness Food: Will Covid Make Meat and Dairy Substitutes the New Normal?”

Meanwhile, beauty brand Eos managed to engage Twitter users with its humorous campaign “Obligation Celebration”, which romanticised “normal” activities like sitting in traffic, getting spilt on at bars or receiving routine pap smears – activities signalling a return to some form of normalcy.

How social media analytics can help brands cut through the noise

Looking at the social media resonance of post-pandemic ad reminded us of some of the main benefits of using social media analytics in marketing and advertising.

Social media analytics allows you to:

Learn more about how Commetric’s Social Media Analytics can supercharge your communications strategy with the essential insights necessary to boost your reputation.