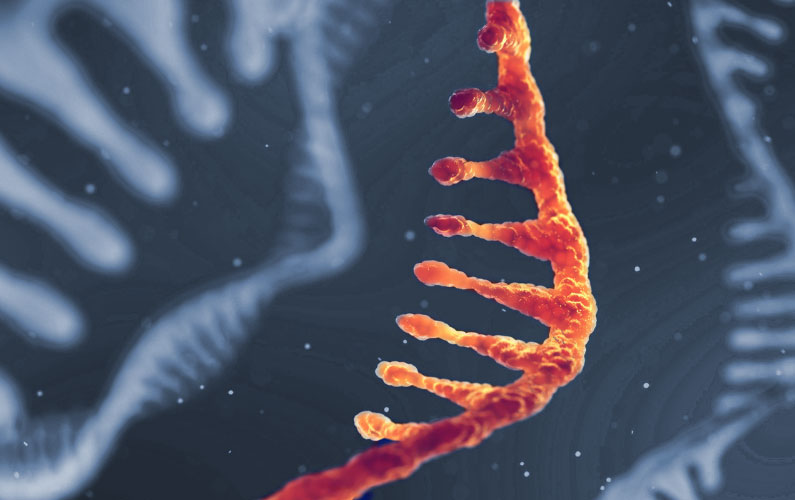 Before the pandemic, the healthcare sector didn’t have much of a reputation for innovation. But think about it – the newest technology the world is talking about right now is mRNA. The term, shorthand for messenger ribonucleic acid, became prevalent in the mass media in the past few months as it was hailed as the solution to get us out of the crisis. Before that, mRNA wasn’t that much in the public eye and was framed as a promising but unproven treatment.

After Moderna and Pfizer-BioNTech‘s encouraging success, many commentators predicted an impressive future beyond the pandemic: media outlets have reported on mRNA’s potential to protect against not only the likes of the coronavirus but also a host of deadly diseases that resist traditional vaccines.

Many researchers have announced “a new era in vaccinology”, and the words “revolution”, “breakthrough” and “discovery” have been consistently used in a number of media reports. The media quickly fell into the habit of hailing mRNA as the future of healthcare and the hottest innovation of our time, and journalists in specialised and daily outlets alike often speak of reinventing the industry.

Take for instance articles such as Forbes‘ How The Pandemic Set In Motion The Messenger RNA Revolution, Business Insider‘s We could soon have vaccines for cancer and HIV thanks to COVID-19 vaccine discovery, or Wall Street Journal‘s Moderna and Pfizer Are Reinventing Vaccines, Starting With Covid. But while it remains to be seen whether mRNA will live up to the hype after the pandemic, interest is certainly growing strong among investors and researchers.

It’s interesting to trace how mRNA has changed the media conversation around certain diseases, which otherwise would have been stuck in the same pre-pandemic narratives as being virtually untreatable.

Analysing 276 English-language articles published in the past 12 months in top-tier media outlets, we found that cancer and HIV were the most commonly discussed diseases that could be mRNA’s target after Covid:

Journalists noted that progress since the world’s first therapeutic cancer vaccine in the 1890s has been modest, but optimism is now running high. The aim of mRNA would be more than prevention — the hope is to evoke an immune response to fight off tumours already infecting patients. It’s interesting to note the more frequent use of the word “cure” in the coverage – a word which the medical profession and its PR teams are traditionally hesitant to utter.

Companies in the conversation around cancer include Germany’s BioNTech, which is working on a vaccine to treat malignant melanoma. Even before encouraging early trial results in July, analysts talked about its blockbuster potential. In the meantime, Moderna works on mRNA cancer vaccines “personalised” for the patient.

Similarly, media reports also highlighted that finding a safe and effective vaccine to protect people from HIV has eluded scientists for 40 years (not a single HIV vaccine has made it beyond Phase III clinical testing in 37 years of research). In comparison to finding a Covid vaccine in a year, such timelines might seem baffling. But companies that are now working on mRNA HIV vaccine possibilities promise a revolution and expect to begin Phase I trials at the end of 2021.

Journalists also remarked that mRNA-based flu vaccines can be more effective than traditional shots. Because they’d be faster to make, production wouldn’t have to start so far in advance, and they could theoretically be more closely matched with the type of flu spreading each season.

For instance, Pfizer and BioNTech have been interested in mRNA flu shots for a few years, while Sanofi and Translate Bio kicked off a trial this summer. Meanwhile, Moderna said it hopes to eventually create combination vaccines that could protect people against flu and Covid. A similar multi-funtional approach was taken by start-up Arcturus Therapeutics, whose vaccine for both flu and Covid is in early human testing.

The mRNA race is on

We used Commetric’s proprietary ‘media conversation impact score‘ metric to identify the organisations with the biggest impact on the media discussion around mRNA.

We found that Pfizer, one of the Big Pharma players which saw their reputation significantly improved during the pandemic, was the most impactful organisation. That’s hardly surprising since the company was the first to announce that its mRNA Covid vaccine had a great efficacy rate with no serious side effects.

But just several months after this announcement, Pfizer aims to expand its vaccine business by becoming a leader in the new gene-based technology behind its successful Covid shots. Chief Executive Albert Bourla said that the company’s scientists and engineers gained a decade’s worth of experience in the past year working on the Covid-19 vaccine with BioNTech, and is ready to pursue mRNA on its own.

Bourla declined to say which viruses Pfizer is pursuing and to comment on future vaccine sales, but said that he hopes that mRNA can also be effective in areas where existing vaccines have uncomfortable side effects or provide subpar protection. “We are now ahead and we plan to maintain the gap,” he said of the mRNA vaccine market.

The second most influential company in the conversation, Moderna, has more than two dozen prospective mRNA therapies and vaccines in the pipeline — some in partnership with Big Pharma players like Merck and AstraZeneca — targeting genetic diseases, influenza, HIV, heart disease, and cancer.

The company’s boss Stéphane Bancel was quoted in many media stories for believing the promise of mRNA vaccines is so great they will become a disruptive force in preventing viral infections. In an interview with Bloomberg, Bancel pointed to the success of the company’s Covid vaccine and suggested that was only the beginning.

BioNTech has a similar number of new mRNA studies and research projects in the works for various cancers, tuberculosis, and the flu. And Germany’s CureVac, another leading mRNA biotech company, has launched studies into a half-dozen other potential medical uses.

Many media stories involved partnerships between giants and small specialised biotechs. For example, Sanofi has built on its partnership with Translate Bio, an mRNA therapeutics company, by launching dedicated vaccine R&D centres in Massachusetts and France, saying that “the mRNA story is just beginning”. The French pharma giant announced plans to invest €400 million annually into what it describes as its ‘mRNA Center of Excellence’ to accelerate R&D of next-generation vaccines.

Another example is Gilead Sciences, which partnered with Gritstone Oncology to research and develop vaccine-based immunotherapy as part of Gilead’s efforts to find a curative treatment for HIV. And AstraZeneca has expanded its mRNA activities through an agreement with German start-up Ethris, paying €25 million upfront to work with Ethris on respiratory diseases and secure the option to license the fruits of the collaboration.

Moderna was also extensively mentioned for its partnerships. One of the most recent ones was with Vertex Pharmaceuticals, one of the first biotech firms to use an explicit strategy of rational drug design rather than combinatorial chemistry. The new strategic research collaboration is aimed at the discovery and development of mRNAs for the delivery of gene-editing therapies for the treatment of cystic fibrosis.

Lesser-known companies entered the media discussion namely through promoting their alliances. For instance, start-up Kernel, which is developing mRNA-based immunotherapies for cancer, has partnered with Boeing and the International Space Station (ISS) U.S. National Laboratory to launch a study of leukaemia therapies to the ISS this year.

Meanwhile, China’s BeiGene, a biotechnology company that specializes in the development of drugs for cancer treatment, and Strand Therapeutics, a US developer of programmable mRNA therapeutics for cancer and other diseases, announced that they have entered into an option and license agreement aimed at developing and commercialising Strand’s innovative, multi-functional mRNA treatments for solid tumours.

BeiGene wasn’t the only Chinese biotech to feature in the English-language mass media. After the success seen by Pfizer and Moderna, Chinese companies are jumping into the fray — but their efforts will take time to pay off. China may not have mRNA vaccines until the end of 2021, according to Feng Duojia, president of the China Association of Vaccines, who added that “now people realise that mRNA vaccines really work, it will be a lot easier”.

There were also stories about China’s Walvax Biotechnology, which began construction on a facility to make mRNA vaccines, and CanSino, which struck a deal with Vancouver-based PrecisionNanoSystems to develop mRNA vaccine technology. Mеanwhile, China-headquartered WuXi Biologics also said it is devoting over $100 million to mRNA-related vaccines, biologics discovery, development and manufacturing.

Even some non-profits made it to the media conversation as they promoted their alliances. For example, Scripps Research, a biomedical research facility, and the International AIDS Vaccine Initiative announced phase 1 clinical trial testing for a novel vaccine approach to prevent HIV, which has already produced promising results.

How should PR pros talk about medical breakthroughs

Media stories about mRNA’s potential after the pandemic are just beginning to emerge and are naturally still a relatively small number in comparison to the myriad of Covid-related stories. But we already see that companies working in that space have started thinking beyond Covid and have invested heavily in promoting their plans to utilise the technology.

It’s important to study the media discussion in order to draw some conclusions about how to convey messages not only around mRNA but medical innovations as a whole. Based on our analysis, here are some tips about innovation comms within the pharma and biotech sectors: