What Crisis Comms Lessons Can We Learn from Ferrero’s Kinder Recall? A Media Analysis 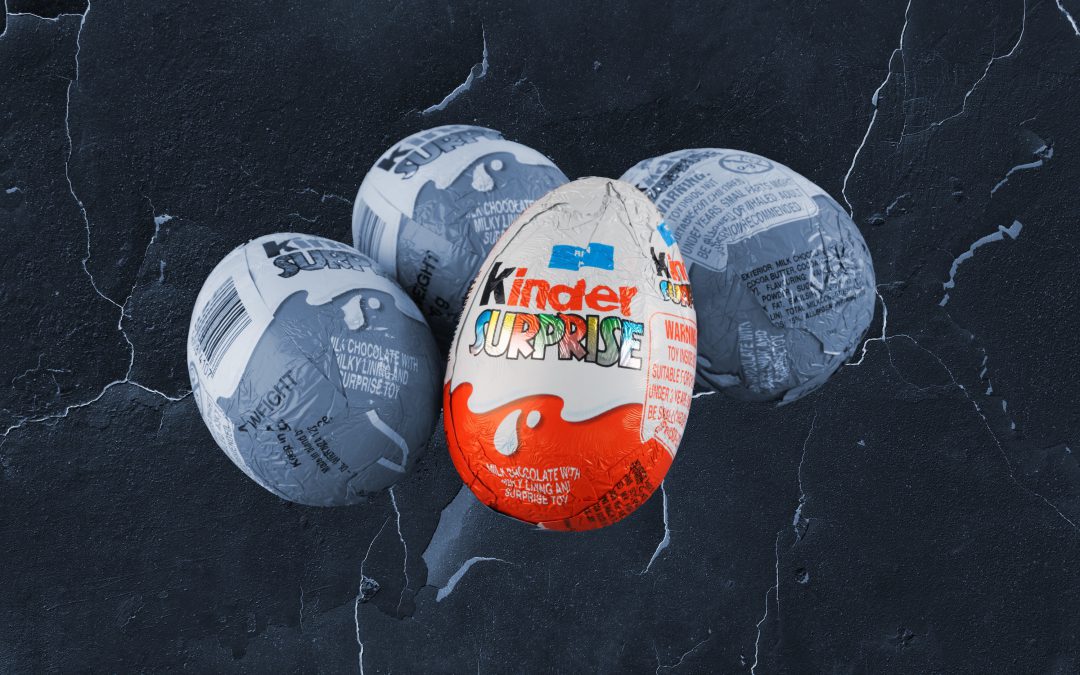 We found that the media took an alarmist tone, speaking of “a salmonella crisis” that is “sweeping Europe”. However, the media’s interest in the story seemed to have faded rather quickly, which goes to show that the crisis for Ferrero was short-lived. There also wasn’t a big focus on negative consumer feedback, with just a couple of media articles citing consumers’ experiences with their kids being affected by salmonella.

But even though the crisis was short-lived, Ferrero’s comms approach had some major flaws and the story was so widely covered that the company should now work on a reintroduction plan for its Kinder products.

The contaminations were first discovered by the British food safety authorities in January, but the company remained silent and only came up with a list of products that were recalled in April. The salmonella cases were also first reported by the authorities rather than by the chocolate maker itself, which allowed agencies, such as UK’s Food Standards Agency and the European Food Safety Authority, to control the narrative.

Some governments and consumer organisations blamed Ferrero for a lack of communication. As the incident was linked to a factory in Belgium, Belgian consumer organisation Test-Aankoop/Test-Achats stated that Ferrero did not react decisively enough: “It seems that Ferrero wanted to keep the matter quiet as much as possible: on the one hand by a too modest recall, on the other hand by not reporting the problem to the FAVV, nor making it public”, the organisation explained in a press release.

In April, Ferrero was widely cited as reassuring that it had taken the precautionary decision to voluntarily recall some of its products. It also apologised and acknowledged “internal failures”, but every statement was attributed to Ferrero as a whole, with no company commentators cited in the debate.

The lack of company spokespeople meant that the debate was shaped by food agency and government representatives who naturally spoke with a critical sentiment. We found that as the salmonella outbreak was first reported in the UK, Tina Potter, the head of incidents at the UK’s Food Standards Agency, emerged as the most central commentator in the conversation.

Potter spoke with a predominantly negative sentiment, urging parents to check if any products already in their home are affected by the recall. She also was cited in media outlets like the BBC and Reuters as saying that the agency welcomed the precautionary approach being taken by Ferrero: “The food business involved has voluntarily carried out this product withdrawal and recall and we are working closely with them and their competent authorities to identify the precise cause of this outbreak.”

She was followed by Dr Lesley Larkin, a surveillance lead at the UK Health Security Agency, who became influential for giving the media advice on what to do in case of salmonella symptoms and for explaining that the disease can be spread from person to person, so anyone affected should adhere to good hygiene practice.

As Belgian health authorities ordered Ferrero to suspend production at its plant in the country, Belgian Agriculture Minister David Clarinval was widely cited as saying that “such a decision is never taken lightly, but the current circumstances make it necessary. The food security of our citizens can never be neglected.”

The most influential consumer in the debate was Charlotte Wingfield, who was cited in media outlets like The Sun and Daily Mail as saying that her three-year-old daughter Brooklyn-Mai fell ill after eating one of the infected eggs. She claimed her tot was left with a 39C temperature and was left “lifeless” and looking “dead behind the eyes”.

An essential part of a recall is measuring the effects of the company’s crisis communication efforts. There is a lot to be learned from how a recall plan worked in practice. What gave rise to the recall? What factors influenced its effectiveness and success? By conducting a review after the fact, PR and comms teams can identify the strengths and weaknesses of the effort and plan for a more effective response should another recall situation arise in the future.

Here are a few tips, based on our analysis of Ferrero’s crisis comms: