How Can Brands Avoid Pinkwashing During Pride and Beyond? A Media Analysis 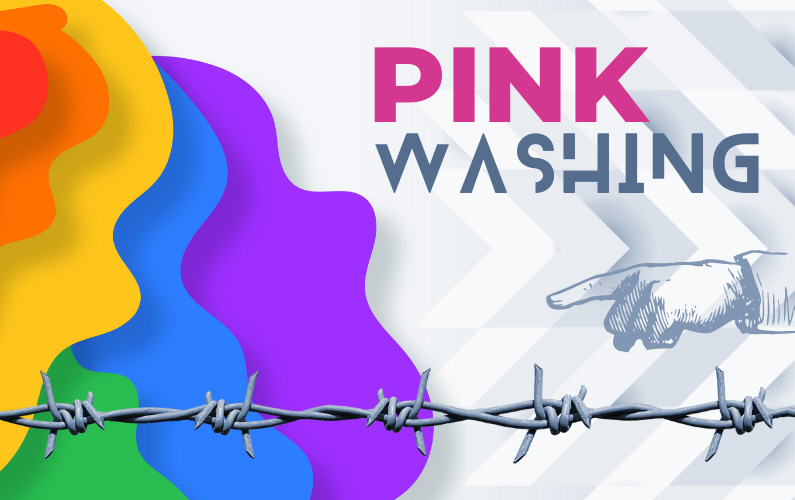 Like every June, brands across all industries have launched campaigns celebrating Pride. But while many comms professionals claim that such corporate endeavours have played a positive role in normalising LGBTQ+ culture, more and more companies have started facing accusations of “pinkwashing”.

In fact, criticism for “rainbow capitalism”, in which corporations are accused of boosting their image with LGBTQ+ marketing, has never been louder. Much like greenwashing, being blamed for pinkwashing is quickly becoming a new crisis management concern for many brands.

To find out how PR and comms professionals could avoid pinkwashing and improve their LGBTQ+ campaigns, we analysed 2,930 English-language articles around that topic published between June 2020 – June 2022 in a set of top mass media outlets. Here are a few tips, based on our analysis:

Use media analytics to dissect the drivers of pinkwashing allegations

It’s vital to understand the drivers of criticism in order to take appropriate countermeasures. Even if their firms aren’t the target of criticism, PR practitioners should regularly monitor the larger media conversation to be aware of the latest political and social issues that might trigger a crisis.

We found that the most prominent driver of pinkwashing allegations was the Donations to anti-LGBTQ+ causes or politicians that companies with LGBTQ+ branding initiatives have made:

A top-trending news story this year was that Seattle Pride rejected Amazon sponsorship citing the company’s donations to anti-LGBTQ causes and politicians as well as the company’s attempt to brand the parade.

The second most prominent driver of pinkwashing allegations was Inadequate Pride-themed campaigns that faced a backlash among consumers. The most recent example was this year’s Burger King campaign announcing the “Pride Whopper,” a burger served with “two matching buns.” The ad included a burger with two bun tops and another with two bottoms, a seemingly misinformed nod to sex within the LGBTQ+ community which was covered by many media outlets as a prime example of Pride washing.

Investing in countries with poor LGBTQ+ rights record also resulted in many pinkwashing allegations. Media outlets called out Adidas for adorning itself in rainbows while simultaneously acting as a sponsor for the World Cup in Russia and H&M for supposedly supporting the cause while maintaining a manufacturing plant in China.

Similarly, a number of journalists reported on Inconsistent brand messaging across countries when they noticed that corporations with accounts in the Middle East like BMW, BP, Mercedes Benz and Visa had different logos celebrating Pride month compared to the US.

Pride should be an occasion to celebrate what your brand has done to support the community every day. Brands need to focus on a Pride 365 strategy: connecting with, giving visibility to and involving the LGBTQ+ community in marketing year-round, not just during Pride Month. If you’re doing Pride 365 work already, promote it more so that the progress is more visible.

Our analysis found that most pinkwashing allegations in the media occurred in Q2 (1 April – 30 June) when most brands announce their Pride initiatives – with the main criticism being that they pretend to care about the LGBTQ+ community just once a year.

This goes to show that brands need to present their Pride initiatives as a continuation of their year-round work rather than as something for a specific occasion.

For example, Target and Walmart were mentioned consistently as stores that should be shunned if shoppers want to avoid rainbow capitalism, as they approach Pride as a chance to sell more products in June without actually supporting LGBTQ+ communities for the rest of the year. Twitter users urged everyone to celebrate Pride by spending their money with LGBTQ+ business owners and supporting queer and trans folks directly.

Educate yourself on LGBTQ+ culture to avoid tone-deaf messaging

Do your homework: commission learning workshops by LGBTQ+ professionals to educate all levels of your marketing team on LGBTQ+ history, cultural and political milestones, discrimination realities, iconography and touchpoints of celebration and struggle. Then, make LGBTQ+ education an ongoing commitment by connecting your team with queer news sources. Even better: create a queer listening service staffed by LGBTQ+ individuals, for weekly, actionable updates to stay current and relevant.

We found that most of the companies that emerged as most influential in our analysis gained negative media exposure for being tone-deaf and out of touch with LGBTQ+ culture.

For example, the backlash around Burger King‘s campaign was mainly because people around the globe took to social media to comment on the campaign, citing the chain’s failure to understand “how gay sex works”.

Meanwhile, Disney CEO Bob Chapek told Disney shareholders that, instead of making an early public statement against the Florida legislation that prohibits discussion of sexual orientation and gender identity in public schools, company officials had been working behind the scenes with politicians “to achieve a better outcome” but without success, despite “our longstanding relationships with those lawmakers”.

It was a tone-deaf message, misjudging the mood of an era in which companies face heightened ethical expectations to take a stand on various issues. Disney workers mobilised with an online campaign including a website, whereischapek.com, that says their leadership “utterly failed to match the magnitude of the threat to LGBTQ+ safety represented by this legislation”.

Twitter is the breeding ground for consumer activism. The spread of anger often results in outrage cascades — outbursts of moral judgment which start to drive the conversation around brands, their products and their corporate messages.

For instance, the Burger King campaign garnered so much media attention namely because of the backlash on Twitter, where the fast-food chain was the most often mentioned brand in the discussion around Pride 2022:

The Burger King backlash was perpetuated by some influencers like Jarett Wieselman, a manager at Netflix, who tweeted “what in straight hell?”, and author and political commentator Brigitte Gabriel, who said that ordering fast food doesn’t need to be a political statement.

It’s interesting that even a regional campaign (the Pride Whopper was sold in Austria) can have international repercussions and impact markets all around the world. This goes to show that the volume of public backlash could start gaining momentum like a boulder down a mountain, leading to serious reputational hazards for a brand and for a whole industry.

With this in mind, the most attentive companies constantly monitor conversations via social media listening.