PR in a Cost-of-Living Crisis: How Can Brands Use Media Analytics to Communicate Better Around Inflation? 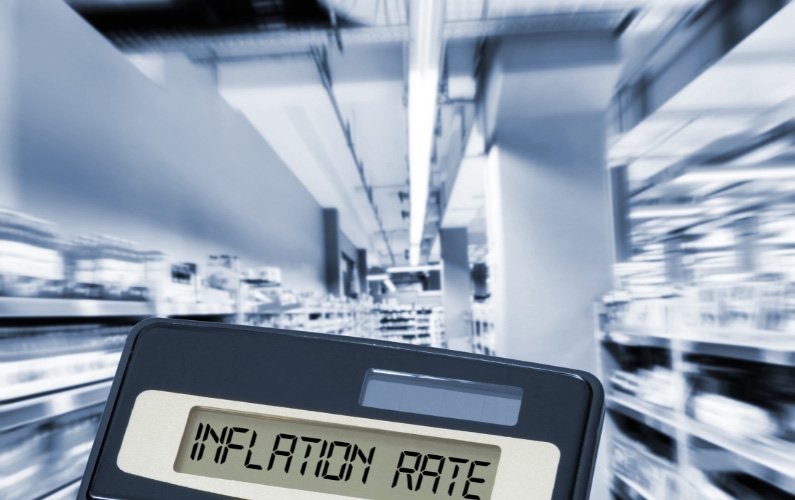 Economic data often doesn’t generate major headlines, but the latest release of the US consumer price index (CPI) did just that. The index rose 7.9% in the 12-month span ending February 2021—the steepest annual increase since 1982.

The plethora of inflation media stories presents numerous communication challenges across all industries. To see how they could be addressed, we analysed 9,556 English-language articles published in top-tier news outlets during the last six months.

Here are a few tips on how companies can use media analytics to ramp up their PR and comms strategies during the inflation:

Ensure that your PR and communication teams are aware of the trends in the economic metrics and what is driving them. Without the right information and a considered approach, your stories around the price of your products and services will not resonate.

The current bout of inflation has several causes, many linked to the pandemic. For one, consumers have been flush with savings from government stimulus programs and depressed services spending as a result of restrictions on businesses, leading them to open the spigot for goods that are in scarce supply.

In fact, Pandemic recovery was the most prominent coverage driver in the debate:

Russia’s invasion of Ukraine added additional pressures, while energy prices, including record gasoline prices, have gone up sharply. Truck drivers, seaport slots and warehouse spaces are all in short supply, leading to costly delays and rising shipping rates for goods. Fewer workers are in the labour market, encouraging those who are working to demand raises.

Very few brands talk openly about the reasoning behind the inflation and price increases. It is difficult to do so, and not many end consumers will care. Having a clear, concise, and compelling narrative for pricing, packaging, product, and promotional cost/value management actions is critical. Therefore, think carefully about how you will explain your approach to your stakeholders.

2. See how inflation affects the media debate around your industry

While each industry faces similar problems, the media narrative around different sectors of the economy tends to have its own particularities. It’s crucial for PR and comms people to understand how the media covers their sector.

Let’s take as an example Financial services, which was the most prominent sector in the inflation conversation:

Global central banks, which improved their reputation by skirting a pandemic-driven depression with immediate action two years ago, are now stumbling through the aftermath as they try to suppress an inflation surge none anticipated or have been able to forestall.

If their response to the economic crisis triggered by the pandemic seemed bold and forward-looking, with its laundry list of new programs and massive monetary stimulus, the last few months have been an erratic, even awkward phase of failed forecasts, embarrassing mea culpas, increased political scrutiny and some evidence of lost trust.

For instance, Japan’s central bank has stumbled into a rare public relations storm that has dragged debate about its ultra-low interest rates out of sterile boardrooms and into tabloid and social media, amid surging household ire over rising living costs. Bank of Japan Governor Haruhiko Kuroda issued an unprecedented public apology and retraction earlier this month after comments that households were more “accepting” of retail price hikes triggered a flurry of angry tweets.

That showed the need for many banks to rethink the way it communicates policy intentions to a population active on social media and unaccustomed to rising prices after decades of deflation or subdued price growth.

3. Plan how to position yourself as a thought leader

To help customers in the short-term while paving the way for future business benefits, brands should become thought leaders by making it more clear what customers can generally do if they are struggling. This is because, in a crisis, customers not only need help, support, and learning from the brands they interact with but value it – both in the short and long term.

Some of the most influential brands in the discussion were namely those that produced effective educational strategies. For example, thanks to their thought leadership, financial services firms like Goldman Sachs, JPMorgan and Capital Economics managed to become almost as prominent as central banks (which were naturally most impactful as the media focused on their policy decisions).

Goldman Sachs said the risk of a recession has gone up, JPMorgan estimated that inflation has peaked and will now decelerate, and Capital Economics said the pattern of inflation justified further interest rate rises.

PR pros should analyse how such companies managed to use their expertise to become thought leaders in the media debate and determine how their company’s perspective will differ from what is already flooding the media.

Thought leaders are sought out for their ability to make sense of what is happening in the marketplace, as well as to predict what the future holds. According to research by LinkedIn and Edelman, thought leadership delivers a significant Return on Investment (ROI) for companies with nearly 70%t of executives deciding if an organisation can deliver on their promises based on their thought leadership, and 75% claiming thought leadership leads directly to contractual commitments.

In these unpredictable times, brands have crucial choices to make about how they set prices. Do they cut prices and keep customers buying the brand, eating into their bottom line but ensuring a long-term customer base? Or do they put prices up, increasing their margins but risking significant churn?

Some of the most influential brands in the inflation discussion earned their media visibility namely because of the pricing debate.

For example, Amazon hiked its Prime membership for the first time in four years. It followed that up this month by introducing a 5% surcharge for some sellers, the first such fee in its history, to cover fuel and inflation that would apply to any merchants who use Amazon’s fulfillment system.

In the meantime, Walmart launched a “Locked In Low Prices” campaign in Canada, offering select products at significant savings compared to leading national brands, to help Canadians save money during the inflation.

Pricing becomes a valuable lever of communication in a financial crisis. If your brand is in more of a commodity market, you must be clear about what a higher price gives your customer. In a cost-of-living crisis, people won’t dwell on benefits that are figments of the marketing department’s imagination.

Companies need to support effective pricing management with effective communication. For example, anchor the price increase conversation in the context of value amid the current macroeconomic environment. Arm sales teams with robust data and analytics. Provide insights, scenarios, and potential impacts (including benefits) for retailer and consumer economics. Demonstrate dynamic, consumer-centric thinking; design and customise communication based on product-specific attributes and price points.

5. Learn how to utilise CEO comms

In a financial crisis, CEOs are often sought-after by media outlets thirsty for explanations, predictions and forecasts.

The most influential CEOs in our sample provided headline-grabbing takes on the inflation:

Elon Musk said that the US economy was “probably” in a recession — a judgment at odds with economists and available data — and cautioned companies to watch costs and cash flows. Warren Buffett repeated his long-held advice that one of the strongest protections against inflation is sharpening your skills and working to be at the top of your field.

Target CEO Brian Cornell cited inflation and “historic highs with inventory levels” as he pulled back the curtain on his major decision to aggressively markdown inventory amid “an environment many of us haven’t seen before”. And Jeff Bezos criticised a tweet in which Joe Biden demanded that Big Oil bring down the price at the pump to reflect the cost paid for the product. The Amazon founder called Biden’s statement “either straight ahead misdirection or a deep misunderstanding of basic market dynamics.”

For more insights, check out our CEO Media Visibility Tracker.

By providing such perspectives on the current situation, these business leaders managed to create the impression that their companies have a good grasp of what’s going on. The CEO is both an educator, ensuring the public understands the challenge and consequences of the crisis, and a social engineer, overseeing the coordination of the various functions so information flows freely and quickly from every silo.

Communications staff should be proactive in positioning the CEO in both national and business media, demonstrating that the leader has a realistic view of the environment in which the company is operating.

Book your FREE media analytics consultation with us to find out how you can measure your communications efforts!