Energy Price Crisis: How Can Oil and Gas Companies Boost Their PR Strategies? 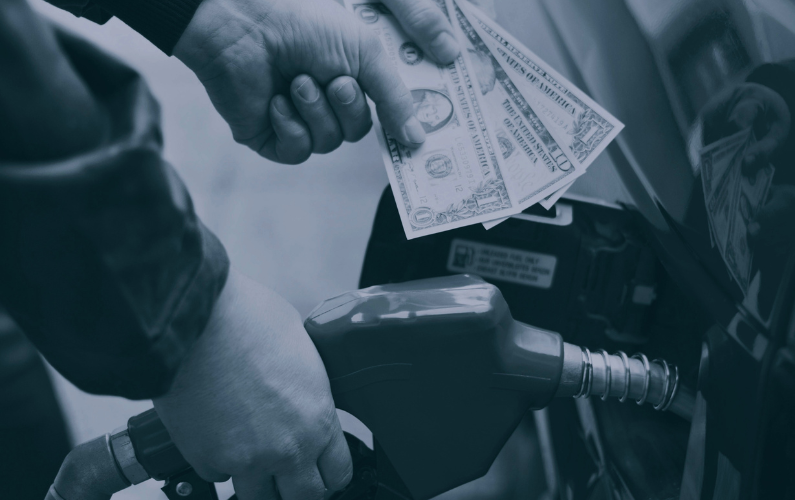 Energy shocks aren’t unusual. Geopolitical unrest in particular has often generated big jumps in prices, for example, after the Arab oil embargo in 1973 and the Iranian revolution in 1979.

But according to many commentators, the current crisis is different in that higher prices are also being driven by changes in the structure of energy supply as countries try to cut carbon emissions. And of all the drivers behind the dramatic rise in inflation in the past year, perhaps the most acute and persistent is the surge in energy prices.

To see how energy companies could boost their PR strategies during the crisis, we analysed 5,989 English-language articles published in top-tier media outlets during the last six months. Here are a few tips, based on our analysis:

We found a prevailing narrative that energy companies are to blame for the negative impact that energy pricing has on households. This narrative is an integral part of the most prominent topic in the debate, Impact on consumers:

Oil executives were accused of “ripping off” consumers, most notably by Democrats in Washington who tried to pin the blame on the country’s fuel producers for petrol prices that have helped stoke US inflation. Many officials were quoted as saying that at a time of record profits, Big Oil is refusing to increase production to provide the American people some much-needed relief at the gas pump.

Some non-profit organisations like Earthjustice stated that the oil and gas industry and their allies in Congress have pushed a false narrative that the fault of rising gas prices lies with the White House and are shamelessly preying on the fears of working families concerned about prices at the pump to extract big regulatory policy wins to enhance their future profits. Others like Greenpeace said that while households are being plunged into poverty with knock-on impacts for the whole economy, “fossil fuel companies are laughing all the way to the bank.”

Against this backdrop, Big Oil’s media presence was too stagnated – companies and their spokespeople were most often cited in business publications and their communications are usually aimed at investors and the financial community as a whole. Instead, oil and gas companies should ramp up their PR strategies to better justify their pricing to regular consumers. Energy prices are unusually important because consumers tend to pay close attention to them and they are input into most other goods and services.

2. Look at how energy prices shape the debate around industries

Companies with high oil and gas use are not the only ones dealing with soaring energy prices. The crisis has a ripple effect on many industries and from a PR and comms perspective, it’s important for energy companies to analyse how their pricing shapes the conversation around various sectors of the economy.

We found that Food and Drink was the most prominent sector in our analysis sample by share of voice:

While the current tensions in food supply chains are caused by a multitude of factors, many media outlets made the case that the link with the global energy crisis should not be ignored. For instance, the food and beverage industry procures many products from agriculture. If farmers have to raise their prices due to higher energy costs, the food industry faces higher prices too.

The second most prominent industry, Travel, also purchases a lot from energy-intensive sectors such as aviation and road transport. They are faced with more expensive plane tickets when airline carriers are forced to increase ticket prices due to higher kerosine costs.

It’s essential for energy companies to follow how the most affected industries communicate around mitigating price fluctuations. For example, are these industries planning to minimise energy use or will they pass on energy price increases to the customer? Questions like these could have long-term reputational implications for oil and gas providers.

As Coke’s CEO James Quincey famously said, brands need to earn the right to adjust their prices. Put another way, this is about driving perceived brand value and inclination to pay more.

Doubling down on building your brand’s meaningful differentiation is the best response to drive predisposition and perceived brand value to help you justify your price. To amplify your meaningful difference all brand encounters should consistently ladder up to something clear, cogent, and congruent. This creates mental connectivity and helps concentrate your brand impression. This matters, as it helps ensure the positive brand associations you have built come to mind easily when people are asked to pay more for your brand.

Clear, consistent brand essence is not only reflected in what brands say and how they show up, but also in the benefits they bring and how they justify their price premium. This ensures that they remain distinct, authentic, and desirable in the face of pricing pressure.

We found that the brand that dominated the debate – Shell – managed to differentiate itself from others like Chevron and Exxon:

While the news around many energy giants was pretty much the same – they smashed profit records because of the during prices – Shell managed to gain more media impact by promoting its governance behaviour. For example, it gave its workers a one-off 8% bonus and introduced a rewards system in the UK that sees customers rewarded on every ‘visit’, which is recorded when spending at least £2 in the shop or £10 on fuel.

Shell is a good example of building brand value within the industry – it has used a so-called ‘business-to-human’ marketing strategy to connect around issues that are often viewed through a strictly business-to-business lens. A ‘business-to-human’ approach enables a brand to focus on profound insights, rather than falling victim to long-standing assumptions about a category.

The energy giant has used this strategy to engage people around a wide range of ecological and social issues related to its industry. It became the first oil major to link ESG to executive pay, earmarking 10% of long-term incentive plans (LTIP) to reduce carbon emissions.

Energy CEOs are usually cited in the media for all the wrong reasons, including in the current crisis. A report that went viral found that chief executives from the largest oil and gas companies were paid enormous salaries – they received nearly $45m more in combined total compensation in 2021 as compared to 2020 amid the steep rise in gasoline prices over the last year. Twenty-eight major oil and gas companies, such as Shell, Exxon, BP and Marathon Petroleum, gave out $394m in total to their chief executives in 2021.

In addition, the heads of US supermajors ExxonMobil and Chevron and the American divisions of their European rivals BP and Shell appeared virtually at a hearing of a US House of Representatives committee to be grilled.

In fact, it was namely due to such news coverage that energy CEOs gained prominence in the discussion, which was otherwise dominated by officials:

Industry executives denied they were gouging consumers, insisting that prices were set by forces beyond their control, and arguing that Wall Street’s desire for financial returns and constraints in the supply chain were hindering rapid supply increases.

To improve their CEOs’ reputation, PR teams should take advantage of the fact that in a financial crisis, CEOs are often sought-after by media outlets for explanations, predictions and forecasts. By providing such perspectives on the current situation, business leaders can create the impression that their companies have a good grasp of what’s going on.

The CEO is both an educator, ensuring the public understands the challenge and consequences of the crisis, and a social engineer, overseeing the coordination of the various functions so information flows freely and quickly from every silo. Communications staff should be proactive in positioning the CEO in both national and business media, demonstrating that the leader has a realistic view of the environment in which the company is operating.

For more insights, check out our CEO Media Visibility Tracker.

Sustainability was the least prominent topic in our sample, with most articles claiming that Russia’s invasion of Ukraine has made the immense task of reducing the global economy’s addiction to fossil fuels even more daunting.

And because there weren’t many energy companies cited in the Sustainability topic, it’s important to remind ourselves that sustainable brands are still leading the way in terms of growth. Brands that are doing well in driving more sustainable choices realise that sustainability should not be a compromise. These brands not only provide a sustainability benefit but also solve tensions for consumers in a better, more meaningful way.

You could be a brand in the advantageous position of having a purpose, e.g., healthy tasty vegetarian meals, that will not only be more sustainable but could be more affordable (the average meat-free main meal costs less than half as much per person than a meal including meat).

With the rising energy costs, a similar benefit can be seen around greener energy which will certainly be more affordable in the longer term. Many people are trying to take actions within their power to lower spending which also would be beneficial for the planet. Brands will need to work hard to help consumers to see the benefits and enable them to adopt more sustainable options as a frictionless choice.

Encourage consumers over the hump of upfront investment in greener energies through behavioural interventions. Sustainability shouldn’t be a compromise or an on-cost alone: instead, focus on making sustainability a gift that comes with a superior experience or greater value.