JP Morgan Healthcare Conference 2023: What Are The PR Takeaways from Pharma’s Most Influential Event? 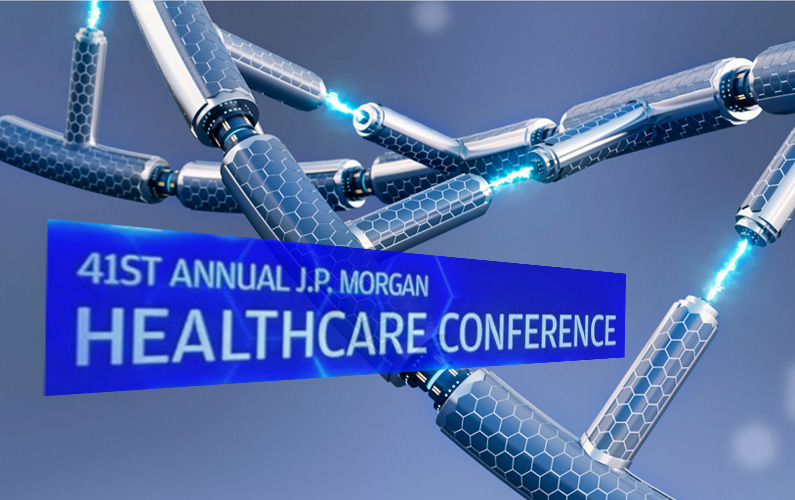 The J.P. Morgan Healthcare Conference has long been the most anticipated event in the biotech and pharma calendars. But this year there was special attention being paid to the meet-up, not least because it saw the return of in-person attendance, bringing with it all kinds of possibilities for networking and spontaneous catchups that have traditionally been the lifeblood of the industry.

The big question that journalists were asking ahead of the meeting was if the live event will deliver the same level of excitement – and business deals – it has been known for. Some reporters noted that the visitors seemed fewer and eagerness to return to in-person interactions and enthusiasm for new innovations couldn’t quite shake the shadow of years-long disruptions induced by the pandemic.

However, the meeting was covered widely by specialised pharma media outlets like Fierce Pharma, PharmaTimes and Medscape, as well as business publications like Reuters and Seeking Alpha. To see what stood out this year, we analysed 349 English-language articles published in the last 30 days. Here are our top findings:

1. Despite a slowdown, biotech deals still give pharma brands a PR edge

The annual healthcare conference is often viewed as a forum for pharmaceutical and biotechnology company dealmaking. In order to get more media coverage, companies usually time prominent merger and acquisition announcements to the first day of the event, and the level of M&A activity announced during the conference is often taken as a bellwether for the year to come.

However, over the past three years, the meeting hasn’t lived up to its reputation, with only a smattering of acquisitions and drug licensing deals. As a whole, it’s been the lack of M&A that has made news in recent years. Last year saw some smaller deals, including a $1.3 billion partnership between Pfizer and Beam Therapeutics, but nothing like 2019, when Bristol-Myers Squibb announced its huge $75 billion deal to acquire Celgene.

Still, a trio of biotech buyouts announced in the first days gave this year’s J.P Morgan meeting something of a jumpstart and suggested an uptick in M&A activity that began in the second half of last year could stick around. It also made M&A the most widely discussed topic in the media debate:

The deals that made headlines were Italy’s Chiesi acquiring Amryt Pharma for $1.25 billion upfront, AstraZeneca announcing a $1.3 billion buyout of CinCor Pharma, and Ipsen revealing a deal for Boston-based Albireo that’s worth $952 million upfront.

A number of analysts remarked that the collective $3.5 billion in upfront consideration is the most pledged to acquisitions to begin J.P. Morgan’s conference since 2019, when Eli Lilly agreed to buy Loxo Oncology for $8 billion. Others stated that the three deals follow share price declines for the soon-to-be acquired biotechs, in line with the broader sector’s downturn last year.

From a communications management perspective, our analysis shows that despite the slowdown, pharma companies which partner with biotechs in order to strengthen their innovation potential are still getting a considerable PR edge. The media attention is even bigger when companies go beyond merely acquiring specific drugs from biotechs. Strategic partnerships and alliances with biotechs could be the solution in pharma’s quest for relevance – something problematic for the sector’s image.

2. Some Covid narratives will stick around

Even as signs of the COVID-19 pandemic have dwindled in daily life, some executives shared the view that the virus will stick around.

For example, Pfizer CEO Albert Bourla was widely cited as saying the virus is “all over” and “keeps mutating.” Infection “creates very short-lasting immunity,” the CEO said, noting that people can “get the same strain after 6 months.” With these infection dynamics considered, Bourla said Pfizer’s scientists expect COVID-19 to be around “for the years to come.”

In fact, Covid-related news made Pfizer the most influential company in terms of media impact. We determine an organisation’s media impact in the context of a topic by looking at its media influence score calculated in terms of coverage by high-profile media outlets, topic relevancy score measuring its contextual relevance, and media visibility as measured by the number of mentions.

Pfizer made headlines when it announced it’s working with Chinese authorities to send its COVID-19 pill, Paxlovid, to the country that is dealing with a surge in COVID-19 cases. In February last year, China approved Paxlovid to treat high-risk patients in several provinces. The drug was supposed to be largely available via hospitals. Pfizer has also reached an agreement to export Paxlovid to China through a local company to make the medicine more widely available.

While many at first focused on Pfizer’s COVID-19 drug and vaccine business, the media’s attention turned, inevitably, to what was coming next. The pharma giant also is making moves in flu and RSV, with combo shots wedded with COVID potentially on the horizon, but one smaller but no less lucrative project has just kick-started midstage testing and could open a major yet increasingly competitive market – Type 2 diabetes.

3. Drug pricing becomes a bigger issue with a new law

One after another, company executives at the JPMorgan Healthcare Conference were quoted as pondering the same problem: How do you figure out which drugs to invest in without knowing how much money they’ll make years down the road? Some said the uncertainty has had a chilling effect on deals, normally a hallmark of this conference.

The focus of their consternation was the Inflation Reduction Act, President Joe Biden’s economic stimulus law that contains provisions aimed at reducing healthcare costs in Medicare, the federal health program for older Americans. At various points through 2026, the law will allow the government to negotiate prices for some drugs, charge rebates to companies that increase prices faster than inflation and set a hard cap on patients’ out-of-pocket spending in Part D, Medicare’s outpatient prescription drug program.

At a kick-off conference reception held by Pharmaceutical Research and Manufacturers of America, Novartis AG Chief Executive Officer Vas Narasimhan was cited as comparing the passage of the IRA to landmark pieces of legislation that created the drug approval process, paved the way for low-cost generic medications, and changed the way Medicare pays for prescriptions.

The drug industry has long been in the cross-hairs of the debate over healthcare costs in America. In fact, drug price levels have been one of the hottest topics discussed in the US media in the last 30 years.

Drugmakers have argued that the focus on their prices is misplaced, as pharmaceuticals account for just about 12% of total US healthcare costs. Corporate spokespeople from pharma companies have also tried to justify high prices with innovation. But the innovation argument has done little to sway public opinion – common criticisms include that costs have gone up not because of innovation efforts but because companies are raising the price of drugs that are already on the market, with commentators saying that a lack of competition and the US regulatory landscape allows for price increases much higher than in other countries.

4. Gene therapy was framed as a ‘nuanced puzzle’ everyone is trying to figure out

Gene therapies have been one of the most exciting yet complex types of treatments in biotech. The media quickly fell into the habit of hailing gene therapies as the future of healthcare and the hottest innovation of our time, and journalists in specialised and daily outlets alike often speak of reinventing or revolutionising the industry.

But the field has also struggled with scientific and commercial challenges in turning that promise into reality, and this turned into a common sentiment in the media debate around the healthcare conference.

Commenting on these issues actually helped make Novartis CEO Vas Narasimhan the most influential corporate spokesperson in our media sample:

Almost five years after betting big on gene therapy, Vas Narasimhan was quoted as saying the decision’s been a success — but one that hasn’t produced therapies as quickly as he’s hoped. He acknowledged that some scientific setbacks related to how these novel one-time therapies are delivered to cells have hampered efforts to expand into more diseases. “You always have to go in with a certain amount of humility,” he said. “We’ve been humbled by the science that these are really complex things to do.”

He described making each therapy as “a more nuanced puzzle you have to solve,” especially in choosing the right delivery tool to get into the selected cells. Even with those challenges, Narasimhan communicated optimism about the future of gene therapy. During its presentation at the conference, Novartis said it had 18 gene therapies in development, ranging from the earliest stages of development to early-to-mid-stage clinical studies.

5. mRNA and AI are the hottest talk in personalised medicine

Over the past decade, the hopes and concerns as well as the use of technical and scientific advancements in the overlapping fields of genetics, medicine, science, and health care in approaches now typically referred to as precision or personalised medicine have attracted a significant amount of media attention.

The appointment of precision-medicine proponent Francis Collins to the role of director of the National Institutes of Health, the announcement of President Obama’s Precision Medicine Initiative, and the emergence of numerous direct-to-consumer genetics-related health companies such as 23andMe, have all played a role in this rise of media discourse.

As precision medicine continues to solidify its position as a crucial approach to cancer treatments both now and in the future, targeted treatment approaches were front and centre at the American Society of Clinical Oncology’s meeting last year as a promising avenue to improve outcomes for many different cancer types.

But media reports from J.P. Morgan Healthcare Conference painted a more tech-savvy picture, telling how mRNA — with help from artificial intelligence — can power personalised treatments. Some of this work is already happening, including four bespoke cancer vaccines in clinical trials.

AI in personalised medicine became a focal point of discussion thanks to another deal – pandemic vaccine star BioNTech announced it’s buying out the remainder of its artificial intelligence partner InstaDeep for an initial cash and stock consideration of about £362 million. CEO Ugur Sahin said the acquisition will help “make BioNTech a technology company where AI is seamlessly integrated into all aspects of our work.”