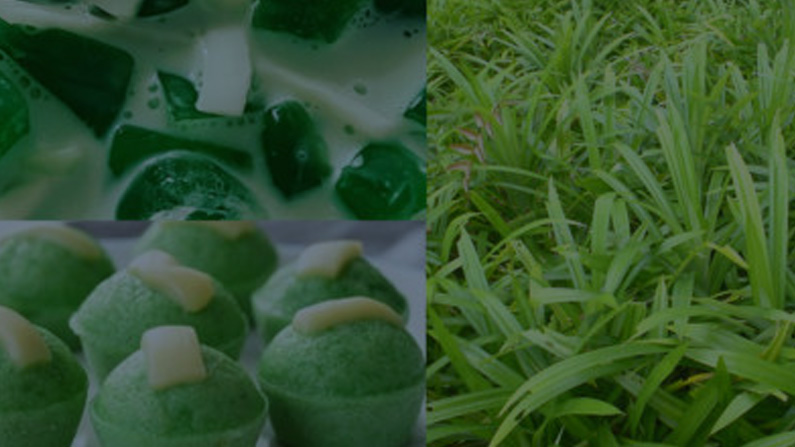 Vertical farming, algorithmic food design, mood factoring – concepts that may sound like excerpts from a science-fiction script, but according to the authors, are well on their way to entering mainstream consciousness. The report ends with a selection of three  ‘hot’ ingredients – pandan leaves, purple sweet potatoes, and Sherry wine.

In a series of three blog posts we take a closer look at the factors behind the buzz these ingredients have been enjoying during the past year.

Where is the conversation happening, who are the people leading it, and what kind of information can this give us on the diffusion and circulation of trends via social media?

Native to tropical areas of South and Southeast Asia, pandan leaves are a staple in a number of national cuisines across the region, most notably Malaysia, Indonesia, Singapore, India, Sri Lanka, and the Philippines. They are of significant cultural and economic importance in the wider Pacific region, and feature in several characteristic desserts such as cakes, ice cream, buko pandan (a type of Filipino cream), or Gula Melaka (Malaysian palm sugar).

With its instantly recognizable mint-green color, it comes as no surprise that this delicious ingredient has turned into a hit on visually-oriented platforms.

Instagram recorded a near six-fold increase in pandan mentions during the course of the year to become the dominant social media outlet on the topic.

Despite JWT’s mention of Nigella Lawson as a factor in pandan’s increased profile, the celebrity chef featured in less than 1% of global Instagram mentions, and negligible amounts on Twitter and Tumblr.

However, Lawson’s impact was felt more strongly in the United Kingdom, which accounted for just 2.8% of all mentions at the halfway mark of 2017. By the end of 2017, the UK had surpassed Australia, almost doubling its coverage share to 5.4%.

The chart below shows the virtual lack of UK Instagram posts on pandan derivatives prior to Q4; Lawson spoke about the ingredient in early October, after which pandan’s popularity on the image-sharing platform greatly expanded.

Of course, this isn’t to say that celebrities weren’t at least partially responsible for the leaf’s increasing global popularity. In fact, many of the activity peaks during the 12 month period  coincided with posts by influencers from various fields. These included Filipino TV celebrity Kisses Delavin, Singaporean Twitter personality Xavier Lur, and British musician Niall Horan, a member of the pop band One Direction.

Twitter led the way in terms of spikes, with sudden increases providing the ‘busiest’ days for the pandan keyword during 2017.

Social media activity wasn’t necessarily restricted to a single platform, however. While Horan’s post originally appeared on Instagram Stories and Snapchat, it was quickly shared on Twitter, where it gathered hundreds of retweets in the span of a single day. It later appeared on Tumblr as well.

Instagram accounted for more than 56% of all pandan mentions during 2017, with personal accounts such as this one providing a significant part of the coverage.

From Center to Periphery

In terms of geography and distribution, even though global coverage kept increasing at a steady pace, the majority of Twitter and Tumblr mentions were still located in Southeast Asia. (Instagram does not support geographical filters for social media analysis.)

Malaysia, Indonesia, Singapore and the Philippines accounted for 68.5% of all social media activity throughout 2017. This was lower, however, than their combined total at the halfway mark of the year, when their share was 71.3%.

A surge in popularity across the United States during Q2 leaves that market poised to overtake Indonesia for the second place in terms of social media presence if current trends continue.

Lastly, we identified several outliers in our analysis, most notably the United Arab Emirates. The Gulf country is not a traditional market for pandan, but hosts a very large immigrant worker population from South and Southeast Asia.

Though the government does not provide exact statistics on the number of expats, journalists have compiled numbers via foreign embassies.

According to the statistics, upwards of 3,000,000 people from countries with a tradition of pandan consumption live in the UAE as of 2014. This represents about a third of the entire population in a country experiencing a huge demographic boom, and already established as a global business, communication, and transportation hub. The numbers bode well well for pandan’s popularity, as population exchanges will further help its global spread. 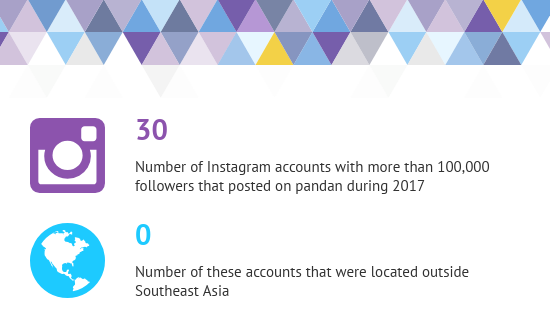