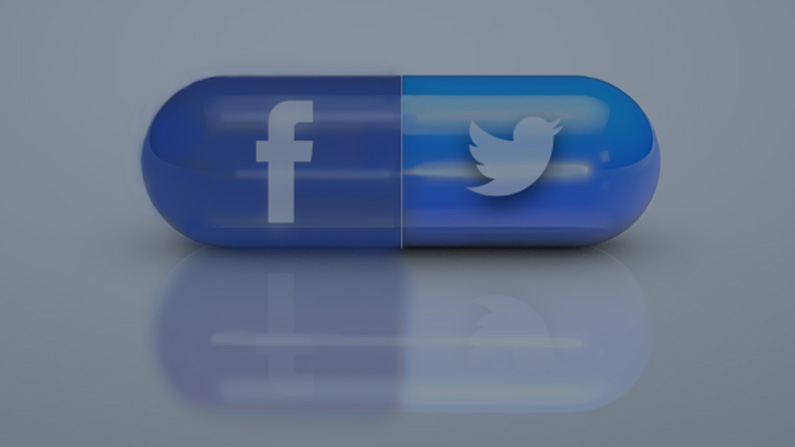 Whether pharmaceutical companies should leverage social media is not an issue anymore. Marketing practices in the field are evolving rapidly, and as electronic communication continues expanding, pharmaceutical professionals need a good understanding of social media’s effects on marketing more than ever before. Taking the right steps can make all the difference between a disappointing launch and a wild success story.

The question is how to strategically plan and execute social media campaigns. Both researchers and practitioners seek a better understanding of how online and offline word of mouth (WOM) operates in the context of the pharmaceutical industry.

Summarized below are some of the most pertinent and largely unresolved questions pharma communications professionals are eager to find the answer to:

When: When to enter social media? Are there pioneering advantages and/or follower advantages? During which stage of its life cycle should a product be promoted the most through social media marketing?

Who: Who should firms target? Who are the opinion leaders and influencers? Should firms target loyal patients and heavy prescribers? How should they optimize sales force resource allocation so that it leverages the power of WOM?

What: What should the contents of social media campaigns be like? Should they be branded or unbranded? How should they leverage social media to mitigate the impact of crisis or negative events such as recalls and competitive launches? Should they take proactive actions to communicate with patients, physicians, and regulatory communities prior to a crisis outbreak?

How: How does word of mouth affect a drug and how does the effect change over a product’s life cycle? Which therapeutic category should be promoted, using which social media channel? Can a new media strategy that proved successful for one brand resonate with another brand’s target audience?

Understanding word of mouth is crucial to understanding the dynamics and effects of social media on the adoption of new products and its effective use in pharma communications.

In the pharmaceutical industry, word of mouth influence can emanate from different players such as patients, physicians, healthcare providers, insurers, regulatory authorities, the general public, and others. Studies on WOM and social influence within the professional field are limited, however, mainly because of the lack of adequate data to infer connections among key opinion leaders, physicians, patients and other stakeholders.

A simple yet powerful approach to measuring the so called word-of-mouth equity was proposed by McKinsey&Co in 2010. Under their model, there are three main drivers of the impact of WOM messages: what is said, i.e. the message content, the identity of the person who communicates the message, and the environment where it circulates.

As evident from the figure above, the effect of WOM is also dependent on the message volume. One of the main pieces of research on online word of mouth (albeit not in the pharmaceutical industry), published in the Journal of Marketing in 2006, has shown that the volume of WOM rather than its valence is a significant predictor of box office revenues. Thus, tracking  share of voice on social media and its underlying sentiment is an important input into pharma communication strategies.

Furthermore, McKinsey found out that influentials typically generate three times more word of mouth messages than non-influentials do, and each message has four times more impact on a recipient’s purchasing decision.

The diffusion of influence on social networks is explained by the so called social contagion, which in the context of pharma is likely driven by social learning mitigating functional and physical risks. Research in this area carried out in 2011 among doctors in the US indicates that social contagion exists in new product adoption after controlling for marketing efforts and system-wide changes.

The primary driver of social contagion effects on new product adoption in pharma is opinion leadership. In this regard the structure of social networks matters more than their size: researchers at the University of Southern California recently uncovered a social media paradox called “the majority illusion,” demonstrating that you only need a handful of influencers to give the impression that everyone is talking about your brand.

Mapping key opinion leaders and the network ties between them through social network analysis, therefore, provides an innovative and scientific approach for pharma companies to effectively scale their communication efforts.

In view of the challenges and questions outlined above, pharmaceutical companies can follow a six-step plan to integrate social media with their overall communications strategy.

Track the brand. This involves monitoring the brand in all forms of media, including social media.

Support social network(s) (e.g. WebMD, CureTogether, PatientsLikeMe). Pharmaceutical firms can be proactive by supporting relevant social networks of physicians and patients through content and financial sponsorship. However, they may need to weigh the pros and cons of explicitly advertising their sponsorship, since it could detract from the authenticity of the site and messages.

Hang out with opinion leaders in their networks (e.g. EyeSpaceMD for ophthalmologists, SpineConnect, MedTrust). In the relevant social networks, firms need to engage influencers by discussing pertinent issues and ideas.

Use video. Because the visual medium is powerful for memorability, firms should actively seek opportunities to use video. Posting, sharing, and distributing relevant information videos will enhance the authenticity of the brand.

Go mobile. Firms should use the rapidly growing mobile media segment to engage key opinion leaders first. Once they start engaging key opinion leaders, they can continually experiment to figure out the best way to do so. They can establish partnerships with mobile operators, applications providers, and other technology representatives. Because speed is of essence, firms are better served by forming relationships early and not waiting for the perfect partner.