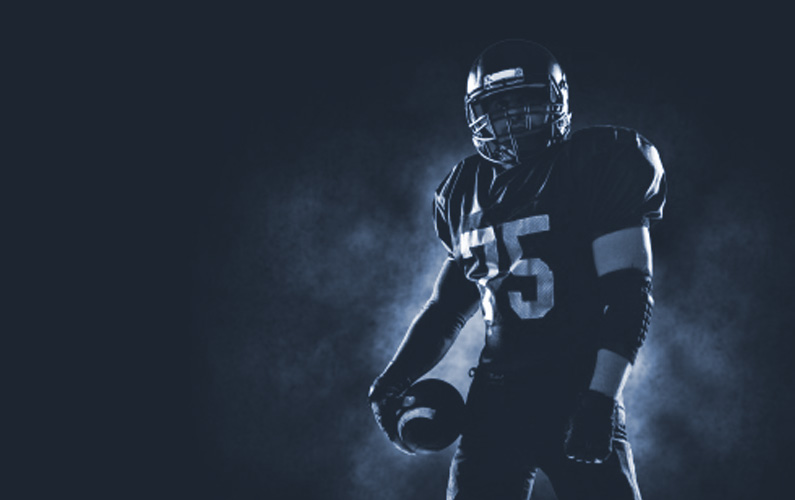 Apart from sports, Super Bowl is about one thing: advertising. Super Bowl ads have become something of a cultural phenomenon, with companies trying not only to promote their products on the day of the game but also to build brand awareness by generating buzz around their high-profile commercials. And while more than 100 million people regularly watch the game, some surveys have concluded that half of the audience is actually watching the show because of the ads.

CBS, the broadcaster airing the programme, even has annual specials showing notable commercials and encourages viewers to vote for their favourite ones. In addition, the most interesting Super Bowl spots usually become trending on social media and are subjects of extensive analyses by marketing professionals and journalists.

Companies don’t count just on the high viewership and wide demographics of the football game – they are well aware that in a media landscape dominated by YouTube, Facebook and Twitter, the best ads will get international exposure beyond the actual event. That’s why they are throwing it all in, investing heavily in every trick from the advertising playbooks, from celebrity cameos to sophisticated special effects. Accordingly, prices have soared from $2.7m for a 30-second ad in 2008 to more than $5 million today, making Super Bowl the most expensive time on TV.

This year, advertisers emphasised entertainment and empowerment, betting on more lighthearted ads and trying to steer clear of sensitive social and political topics. According to some marketing executives, it’s increasingly difficult to gauge which ads will prompt a backlash due to the sharper political and cultural divisions. In addition to the well-established use of celebrities, a number of ads this year featured robots – a creative trend addressing the hype around artificial intelligence. Tim Calkins, a professor of marketing at Northwestern University’s Kellogg School of Management, told the Wall Street Journal:  “The advertisements on the Super Bowl reflect the growth of technology and the fact that people are nervous about how it can be used.”

He added that Super Bowl advertising is generally a good way to interpret what people are thinking about – for instance, two years ago, many ads embraced diversity and inclusion just after an election dividing the US on topics such as immigration. This is confirmed by the latest Edelman Trust Barometer, which puts automation among the top concerns for consumers in addition to “not having the training and skills necessary to get a good paying job” and the effect of “international conflicts about trade policies and tariffs.”

Another distinctive trend this year was that some brands didn’t share their ads before the game, going against the common practice of releasing commercials online days or weeks in advance to earn extra exposure and attention. Burger King, Verizon and T-Mobile were among the firms which waited until the show. Diego Scotti, chief marketing officer at Verizon, said that the company believes “in the power of the narrative and want[s] the audience to be surprised, touched and react in real-time.”

The buzz on traditional media

In order to identify the most influential companies in the media discussion around the game, we used our Influencer Network Analysis (INA) methodology, which employs natural language processing, entity extraction, free-text data mining and dynamic network mapping technology. Analysing the top-tier English language publications worldwide, we connected the companies to the media outlets which mentioned them most often:

The size of each company’s circle denotes the prominence of their presence in the coverage, and the strength of their connections to publications shows the volume of coverage. The rivalry between Google and Amazon played out on the battlefield of Super Bowl as well – the two tech giants had the greatest prominence and centrality in the coverage. Google had a slight lead with its pair of ads focused on its good deeds: one was about helping veterans search for jobs, while the other highlighted the human side of its translation service, pointing out that the most translated words are “How are you,” “Thank you,” and “I love you.”

This push to humanise the brand became the focal point for specialised publications such as Adweek, which noted: “With technology giants under fire for privacy concerns and other controversies, Google opted to take a softer, more emotional approach to promoting the human benefits of its services.”

Meanwhile, national outlets such as the New York Times and Daily Mail focused on both Google and Amazon. Unlike its competitor, Amazon took a humorous approach – its ad, titled “Not Everything Makes the Cut” and featuring Harrison Ford, Forest Whitaker, and the “Broad City” stars Ilana Glazer and Abbi Jacobson, showcased Alexa’s limitations.

Another tech giant with a significant presence in the coverage was Microsoft – though without Google and Amazon’s centrality and prominence, the company attracted attention with its do-good stance. Its ad demonstrated how the Xbox Adaptive Controller helps children with disabilities, and tech publications, such as CNET, highlighted the importance of the message: “This is not a product that makes Microsoft a significant amount of money. It’s a niche product for a very particular audience. The Xbox Adaptive Controller is a product Microsoft designed and created because it was the right thing to do, and that’s good. Regardless of your thoughts on Microsoft – that’s good.”

The third company with the most prominent presence and centrality was brewing giant Anheuser-Busch, which featured in financial outlets like Business Insider and Yahoo Finance because of its big purchase of five-and-a-half minutes of airtime. The company promoted five brands – Budweiser, Bud Light, Michelob Ultra, Stella and Bon & Viv SpikedSeltzer – in four 45-second spots, three 30-second spots and one 60-second ad.

Analysts focused on Bud Light’s commercial, which asserted that its rival brand Coors uses corn syrup. According to the Business Insider, Bud Light’s and Coors Light’s corn-syrup battle reveals a dark reality for the beer industry, which struggles to win over drinkers. In consequence, Coors featured in the coverage not because of its own marketing efforts, but because of Bud Light’s claims. Of the small number of ads with a serious political message, the Washington Post’s “Democracy Dies in Darkness” spot became subject of extensive coverage. The commercial focused on the importance of journalism throughout history and today, and addressed President Trump’s criticism of the news media. It was narrated by Tom Hanks, who played Washington Post editor Ben Bradlee in the 2017 Steven Spielberg movie “The Post”.

This was Washington Post’s first Super Bowl ad and one of the few examples of media outlets promoting themselves during big national events. Another instance was the New York Times, which launched its first ad campaign in more than a decade during the 2017 Academy Awards. Bumble, a dating app in which only female users make the first contact, was another Super Bowl first with its commercial “The Ball is in Her Court”. In the 30-second ad, Serena Williams tells her story of how making the first move resulted in her success. Created by a team composed almost entirely of women, the spot drew attention with its pro-female message. Williams said in a statement: “I want women to feel empowered to find their voice and use the power within to create change, to lift each other up, and to never let the world tell us we can’t–because we can, and we will.” Many publications focused on brands with a regular presence at Super Bowl. Pepsi called out its competitor Coca-Cola and employed Steve Carrell, Cardi B and Lil Jon to convey the message that Pepsi is “More Than OK.” Mercedes promoted its 2019 A-Class using American rapper Ludacris, while Toyota advertised its RAV4 Hybrid with Antoinette “Toni” Harris, the first female football player to play a non-specialist position in the collegiate level.

The Washington Post, with its 31 800  mentions by 29 600 users for one week, emerged as the clear winner. At a Super Bowl in which most advertisers steered clear of political messages, an ad conveying a political message became viral on social media. It’s interesting to note that the conversation was driven by controversy and polarised opinions, which is often the case when brands engage in value-based messaging – for more insights on this topic, read our analysis of the Twitter conversation around Gillette’s controversial ad.

In Washington Post’s case, the discussion was divided between those who thought the ad addresses an important issue and urged everyone to take a minute to watch it and share it, and those who pointed out that the paper invested an enormous amount of money for the ad instead of spending it for its work. Some critics noted that the outlet paid the equivalent of more than 60 reporters’ salaries or the equivalent of an entire investigative reporting newsroom’s budget to cap off a week that saw 2,000 layoffs at news outlets.

While criticism came from across the political spectrum, the top trending negative tweet was by Donald Trump Jr., who shared: “You know how MSM journalists could avoid having to spend millions on a #superbowl commercial to gain some undeserved credibility? How about report the news and not their leftist BS for a change.”

Another prominent critic was one of the outlet’s own employees, Fredrick Kunkle, a Post staff writer who is co-chair of the Washington-Baltimore News Guild. He tweeted that while he is extremely proud of the paper and its legacy, this seems like an especially infuriating expense for a company that tried to take away healthcare insurance from part-time employees and move everyone toward riskier forms of health insurance.

Microsoft’s do-good enjoyed overwhelmingly positive reactions, with Twitter users saying that its message “when everybody plays, we all win” was the best thing about Super Bowl. Meanwhile, Bud Light was criticised by the National Corn Growers Association, which said that America’s corn farmers were disappointed by the brand and that the association would love to discuss the many benefits of corn.

Other Anheuser-Busch brands which received a high number of social media engagements were Budweiser and Stella Artois. Budweiser, whose ad featuring Bob Dylan’s “Blowin’ in the Wind” championed a transition to renewable energy, was not perceived well by many users who shared that Anheuser-Busch is associated with anti-environmental groups. Stella, on the other hand, enjoyed warm reactions for casting Jeff Bridges in his famous role as The Dude.

Coca-Cola, which aired an Andy Warhol-inspired commercial before the national anthem to celebrate diversity and inclusion, was generally well-received on Twitter and was mentioned more often than Pepsi’s. Andy Warhol served as an inspiration to another brand – Burger King, which showed an old clip of the artist eating a Whopper, adding the hashtag #eatlikeandy, which proved very popular on Twitter.

Our study corroborates that the Super Bowl provides brands with a unique marketing opportunity, which goes far beyond the game’s airtime thanks to the immense interest from media outlets and social media users. Brands wishing to capitalise on this interest should draft their strategies by analysing the conversations on both traditional and social media through sophisticated analytics and measurement.