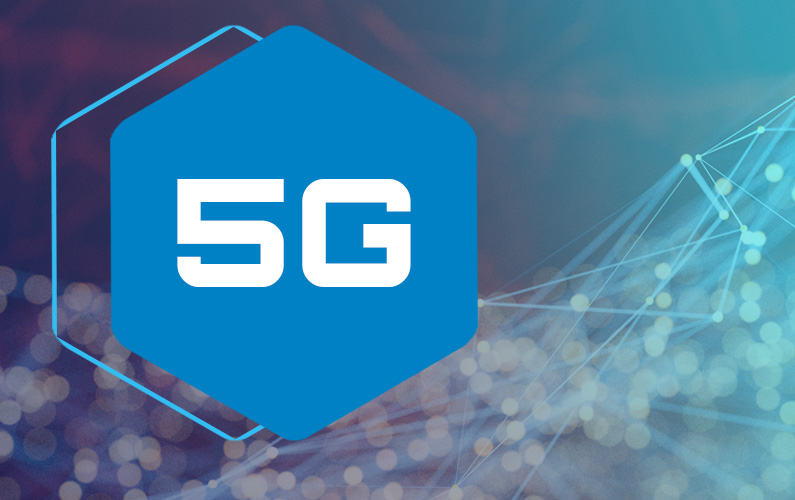 The 2019 instalment of the Mobile World Congress (MWC), the world’s largest event for the mobile industry, was held in Barcelona. It attracted more than 109,000 visitors, over 55% of whom with senior-level positions, including more than 7,900 CEOs. The theme of this year’s tradeshow was ‘Intelligent Connectivity’ – a term encompassing the interplay between 5G networks, the Internet of Things (IoT), artificial intelligence (AI) and big data.

Some journalists claimed that MWC 2019 was the most important edition of the event in years because it featured an array of foldable devices and gave an early look at 5G – technologies which have been among the main topics in the conversation around the tech industry in recent years. Indeed, almost every report focused mainly on 5G and foldable phones. Some asserted that 5G was really the star of the show, while others thought that foldables stole much of that 5G thunder.

For more insights into the 5G discussion, read our analysis: Trends in Telco PR: 5G in the Media.

More than 2,400 companies displayed their latest products and services at this year’s MWC. We analysed the top-tier English-language publications to find the most prominent brands in the media conversation around the event.

Huawei was in the centre of the conversation with its flagship announcement: the new Huawei Mate X, which featured a 5G capacity and a foldable design and was often called the most extravagant phone of the show.

The product received overwhelmingly positive feedback in the specialised media: many reviewers shared that the smartphone blew them away with its sleek design and massive 8” screen. By giving users the flexibility of having a large screen for media consumption and a regular-sized screen for everyday use, the 5G-enabled phone was received as a sign of where the latest tech trend is going.

Huawei gained its centrality in the media discussion also because of the focus on the political pressures surrounding the firm. Its research and development budget has hit $14 billion, fuelling fears in the US administration that Chinese companies will spearhead standard-setting in next-generation technologies. Commentators remarked that although the US has engaged in an international lobbying effort to stop Huawei hardware from being used in 5G network buildouts, the message conveyed by cellular carriers at the MWC seemed to be that Huawei is here to stay.

Many articles quoted the company’s consumer business chief executive Richard Yu, who said that foldable devices mark the “biggest change” ever in the smartphone industry and that his firm believes it can be the number one company in the industry “within two years – maybe even next year”. In addition, he justified the higher price of the Mate X by saying it was “definitely” superior to Samsung’s new phone.

Samsung, the world’s biggest smartphone vendor, came second probably because it had already unveiled its 5G foldable phone at its own show in San Francisco. Like Apple, the company often hosts its own events to dominate the news cycle, but unlike the iPhone maker, it usually takes part in big consumer tradeshows to gain additional exposure.

At this year’s Consumer Electronics Show (CES), Samsung hosted a press conference and it announced its biggest news – that it will unveil its next smartphone on 20 February, ahead of MWC – on the CES’ penultimate day, when the show’s media coverage started winding down. GlobalData analyst Avi Greengart told CNET: “It was a major coup to time the Galaxy S10 launch such that they get coverage at two shows – CES for the date, and MWC for the device just after launch.”

At MWC, Samsung attracted attention with two dynamic booths allowing visitors to get a look at the company’s advancements in 5G connectivity. A number of articles compared Samsung’s and Huawei’s new products, which cemented the two companies’ dominance in the MWC media discussion. A number of journalists thought that Samsung was a step behind its rival because its phone was only visible behind a glass case, without providing hands-on experience. In contrast, some press got a behind-the-scenes hands-on with Huawei Mate X and the general public had the chance to see the device being used by staff.

Elsewhere, Nokia announced a range of products, including the Nokia 9 PureView, which features five cameras, a new frontier in smartphone photography. Telecommunications equipment company Qualcomm also unveiled several products, the most popular of which were the X50 5G modem, the world’s first commercial 5G PC platform, and the Wi-Fi 6 chip for the automotive industry.

The following map visualises the relationship between the brands driving the conversations around the event and the media outlets that referenced them most often.  In this regard,  the size of the red circles indicates the brand’s prominence  in the media discussion, and the the width of the connections between the brands and the publications is indicative of the coverage volume.

The size of each company’s circle denotes the prominence of their presence in the media discussion, and the strength of their connections to publications shows the volume of coverage.

Analysing the diffusion patterns and conversation flow, we can see that Huawei and Samsung had the greatest centrality and influence. Daily publications like Yahoo! and specialised outlets such as CNET concentrated on both firms, comparing their products and their performance at the event. However, the majority of publications, including Financial Times and Telecompaper, focused on Huawei, as the company revealed its flagship device at the show (as mentioned, Samsung hosts its own events).

Nokia came third in terms of centrality and influence, as many journalists reviewed not only its five-camera-toting Nokia 9 PureView but also a whole slew of more affordable phones announced at the show. The Nokia 210, which costs just $35, proved to be the most popular one with its old-school design and its signature Snake game.

It’s interesting to note that although Apple didn’t have a presence at the event, it had a relatively high influence on the media discussion because many publications analysed its position in the market. In their MWC reports, many commentators mentioned that Huawei overtook the iPhone maker last year to become the second largest smartphone manufacturer in the world, behind Samsung. Some remarked that Apple is passing on the 5G MWC festivities as it grapples with sourcing 5G modems and its work with Qualcomm and Intel.

In addition, Goldman Sachs told clients that a folding phone “may not be doable for Apple.” Analyst Rod Hall said: “We see this as challenging for Apple, who could find themselves with no access to the critical flexible OLED technology, for which we believe Samsung has at least a two-year lead over other display competitors.”

We can also see that telecommunications companies such as Verizon, AT&T, Turkcell, T-Mobile and China Mobile had a modest influence on the discussion. AT&T had a slight lead in terms of centrality, with its business CEO Thaddeus Arroyo giving an interview to ZDNet, in which he said that the firm’s arguably misleading “5G E” branding is distinct from what will eventually become its actual 5G service.

Verizon, which could be the first to launch a standards-based, nationwide 5G network, announced that it would be getting a number of 5G smartphones, including the Moto Z3 with its 5G Moto Mod, Galaxy S10 5G and LG V50 ThinQ. T-Mobile, on the other hand, said that it’ll be delaying the launch of its mobile 5G network to the second half of 2019.

Huawei again dominated the discussion, with many users posting pictures of Mate X and videos showing the smartphone’s folding function. Many asserted that the device is superior to Samsung’s, while others said that the gasps in the audience were palpable when Huawei finally revealed the price of its new device.

In contrast to the conversation on traditional media, Nokia and Sony came ahead of Samsung by having almost twice as many engagements. Samsung didn’t generate as much excitement on social media because its flagship product was already revealed, and some users mocked the company for having the Galaxy Fold in a glass case with a security guard like the Mona Lisa at the Louvre, saying that the ‘no touching’ strategy may cause a downfall.

Nokia and Sony gained greater prominence mainly due to the design features of their devices.  Users tweeted that there was a huge amount of interest in the Nokia 9 PureView, although some noted that the five-camera design seemed weird. Others were also excited about the $35 model with the iconic Snake game, wishing to have “the restraint to use a dumb phone”. Sony’s Xperia 1 received much positive feedback, with consumers saying that it seems to be “a very nice phone” and that it’s unusually tall but this doesn’t feel as weird as they thought.

Like CES, the Mobile World Congress is becoming more and more important for the telecommunications industry, as more and more reporters flock to the exhibition centres every year. Identifying the companies driving a particular discussion and establishing the influence they have on a specific topic enables communication professionals to design campaigns moving the media debate forward with great precision and efficiency.

For more tech insights, take a look at our analyses of CES 2019 and The Internet of Things.