Gender-Neutral Fashion: A Millennial Whim or a Trend to Stay? 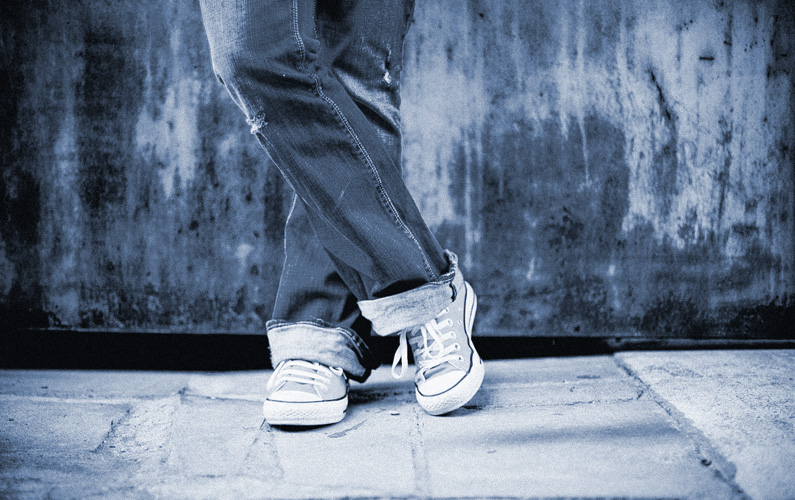 The expression “a seismic shift” is regularly employed in media reports and analyses into the accelerating gender-neutral trend in the fashion industry. A growing number of fashion brands are trying to reframe their narratives so as to attract fresh clientele from the ranks of Generation Z and millennials, which are perceived to be the most important retail consumers, accounting for $143 billion in spending in the next four years.

The latest seasons have seen luxury brands like Gucci, Saint Laurent and Haider Ackerman combining menswear and womenswear runway shows, Others, such as Proenza Schouler and Rodarte, have started showing women’s pre-collections or women’s ready-to-wear during the back-to-back menswear and couture calendar. Meanwhile, fast-fashion labels such as Zara started releasing ungendered collections with models of both sexes dressed in the same clothes.

There are also a growing number of new brands like the Phluid Project, Agender and Rebrand which are built around the concept of non-binary dressing. Beyond fashion houses, the trend has also been recently reinforced by the Council of Fashion Designers of America (CFDA), which added a unisex/non-binary option for New York Fashion Week. Spokespeople for the CFDA explained that this decision came as a response to “a growing number of designers whose collections are not delineated by gender”, which “reflects the cultural momentum.”

In addition to New York, Paris has been the other major fashion centre putting an accent on gender fluidity: the French fashion industry proudly considers itself to be gender fluid. The trend ran through the veins of the entire spring/summer 2019 season in Paris, which was a season more focused on gender-neutral fashion than ever and was set to revolutionise the way we see and wear clothes, according to Vogue.

But the media hasn’t been presenting gender-neutral clothing only as a stylish development – it has also highlighted its social function. This was the focus of reports on the largest department store in Finland – a country that prides itself on being remarkably progressive when it comes to gender equality and economic equality – which opened an entire floor dedicated to gender-neutral fashion called “One Way”, selling brands like Calvin Klein, Marimekko, Burberry and Kenzo.

Analysing the media conversation around gender-neutral fashion from October 2018 to August 2019, we found that Gucci was the most prominent brand in this context:

Gucci has been commonly perceived as a lynchpin brand in the gender-free movement, with its shows often having female models wearing clothes from the men’s collections and vice versa. The label positioned itself at the forefront of the trend by launching a campaign for gender equality called Chime for change and releasing reports on young people’s feelings on gender and fluidity.

Gucci‘s campaign was started with the help of Hearst Magazines, Facebook, the Kering Foundation and the Bill & Melinda Gates Foundation. The brand also presented a short film called The Future is Fluid at the Sundance Film Festival:

Gucci was often mentioned as a prominent example of a label ditching the traditional format of showing gender-split collections and combining men’s and women’s shows, following the examples of Burberry, Tommy Hilfiger and Tom Ford. The change was viewed as seismic given the importance of these shows – they build buzz and generate a tsunami of free publicity, so to make such a move is indicative of the seriousness of the brand’s narrative shift.

This was frequently discussed alongside Gucci’s decision not to sign up to the -fashion movement of brands like Tom Ford, Vetements, Tommy Hilfiger, Moschino and, most notably, Burberry, which sell their products soon after showcasing them. Gucci, in contrast, decided to keep the experiential dimension of ‘see now, buy later’,a key part of its positioning as a luxury brand for an elite clientele.

Much of the recent conversation around Gucci revolved around its first gender-neutral fragrance, Mémoire d’une Odeur, which “transcends gender by its individuality”. The brand presented an ad with a gender-fluid cast which was perceived to shake up the perfume advertising has been traditionally hyper-gendered. Many reports noted that Calvin Klein released its first unisex fragrance, CK One long before the term gender-fluid came into the zeitgeist.

Gucci‘s broad value-driven communication efforts have also put it in the centre of the discussion around sustainable fashion, mainly because of its latest initiative, Gucci Equilibrium, which aims to solidify the brand’s position as a sustainable and responsible luxury fashion house. “Gucci is committed to a culture of purpose putting environmental and social impact at the heart of the brand,” Marco Bizzarri, Gucci President and CEO, said in a statement.

One of Kering’s initiatives which grabbed the media’s attention was launching a WeChat programme named ‘My EP&L’ (Environmental Profit & Loss), an environmental impact measurement tool that informs consumers of the of what they buy. A similar initiative was the Higg Index — a set of self-assessments that allow a brand to measure the environmental impact of everything they do – which is used by H&M and Burberry.

Kenzo was mentioned for using the menswear media spotlight at Paris Fashion Week to showcase the women’s fall-winter ready-to-wear as part of the same runway show, with the styles borrowing from some of the menswear themes. Kenzo‘s collection was often cited as an example of designers blurring the definition of any boundaries between men’s and women’s clothes to produce genderless clothing.

Louis Vuitton was discussed mainly for closing Paris Fashion Week with a futuristic gender-neutral Spring 2019 collection featuring space and science fiction themes, implying that in the future, gender fluidity would be the new norm. The models wearing sharp suits were actually girls giving the impression that they want to look like tough men.

Louis Vuitton’s creative director Nicolas Ghesquière explained that it was a question of empowerment and ambiguity: “Sometimes people think when a woman dresses like a man it gives her power, but you can be very vulnerable when you’re wearing a suit as a woman”

Other brands were discussed for specific products – for instance, Chanel launched a unisex handbag designed by Karl Lagerfeld and perceived to signify gender fluidity. The campaign to promote the bag featured celebrities such as Pharrell Williams, Cara Delevingne, Kristen Stewart and Caroline de Maigret.

However, they weren’t among the most often mentioned individuals in the recent media discussion:

Actor and singer Billy Porter dominated the conversation for wearing a tuxedo dress at this year’s Oscars and a gender-fluid uterus suit to the Tony Awards, which was interpreted as a direct nod to women’s reproductive rights. His style was taken as a sign that genderless fashion has been on the rise among Hollywood A-listers.

Porter told Vogue: “[At the first fitting in the gown,] I felt alive. I felt free. And open, and radiant. And beautiful! Which has not always been the case for me.” He added that he intends to be a walking piece of political art every time he shows up and to challenge expectations about masculinity.

Model Gigi Hadid headlined the Berluti men’s show at Paris Fashion Week, decked out in womenswear. Her appearance was taken as the new norm in the French fashion world where female models showcase womenswear styles during the men’s events.

Gucci’s Alessandro Michele was seen as the most active designer to break gender boundaries by having female models wearing pieces from the men’s collections and vice versa. He explained that this “seems only natural… it’s the way I see the world.” The invitations to his Milan show was glued inside a paper-mache mask of Hermaphrodite, a homage to his exploration of genderless dressing: “The ancient world sang about the marvels of being between two sexes. Today it is one of the more difficult masks to wear, but being a hybrid is a blessing”.

Lady Gaga grabbed headlines for launching a gender-neutral cosmetics brand, Haus Laboratories, the first major cosmetics brand to premiere on Amazon. Likewise, Rihanna was under the spotlight for the gender messages of her own brand Fenty.

An industry about identities

The rationale behind gender-bending is not just about style. Men’s collections that feature women receive much more media attention and are a way for houses to work around statistics that show 38% of Gen Z-ers ‘strongly agreed’ that gender no longer defines a person.

Gender-neutral initiatives also come as an attempt to navigate the brands’ stories at a time of severe social media crises triggered by outrage cascades — outbursts of moral judgment which start to drive the brands, their products and their corporate messages. The moral judgements is facilitated by the fact that most of the content on social media feeds and timelines is sorted according to its likelihood to generate engagement.

The fact that fashion brands face a growing number of crises could be explained by the supposition that fashion items are often taken to be markers of cultural and social identity, and thus are susceptible to be perceived as controversial across social networks. For instance, designers often draw inspiration from other cultures’ traditions, which has recently given rise to accusations of “cultural appropriation”.

In addition, the fashion industry has an increasingly controversial presence in the media – apart from cultural appropriation, big fashion brands have faced allegations relating to sexism, racism, harassment,  environmental harm, exploitation of workers and so on.

For more on this topic, read our analysis “The Anatomy of a Social Media Crisis: Lessons from the Fashion and Food Industries”.

The most prominent brand in the conversation around gender-neutral fashion, Gucci, experienced a major crisis after its woollen “balaclava jumper” was criticised on social media for “resembling blackface”. Users said that this comes as part of the fashion industry’s “continuous cycle of disrespect” and that gigantic brands like Gucci create offensive “fashion”, quickly apologise, and then state “We did not know”. Others remarked that what made it worse was that the controversy was taking place during Black History Month.

Burberry, on the other hand, owed its centrality in the media discussion around London Fashion Week A/W 2019 due to the online backlash that followed after the brand showcased a hoodie featuring a noose around the neck.

For more on this topic, read our analysis “London Fashion Week A/W 2019: Brands at the Forefront of the Media Catwalk”.

Fashion has also been a central industry in the extensively covered #MeToo movement and has played a major role in ongoing media discussions around gender and identity. Since such issues naturally polarise social media users, brands which are dealing with products directly related to them are regularly caught up in fierce debates.

But the deepening levels of polarisation across social network groups could also be used to a brand’s advantage. For example, Procter & Gamble’s Gillette focused one of its latest ads on the #MeToo movement, bullying and “toxic” masculinity, sparking an intense discussion and securing more than 2 million views in just 48 hours. The campaign’s success demonstrated that brands should become more and more confident about value-based marketing and more willing to take the risk of addressing controversial issues.

To learn all about Gillette’s strategy, take a look at our analysis: “Gillette Ad Controversy: Social Media Insights”.