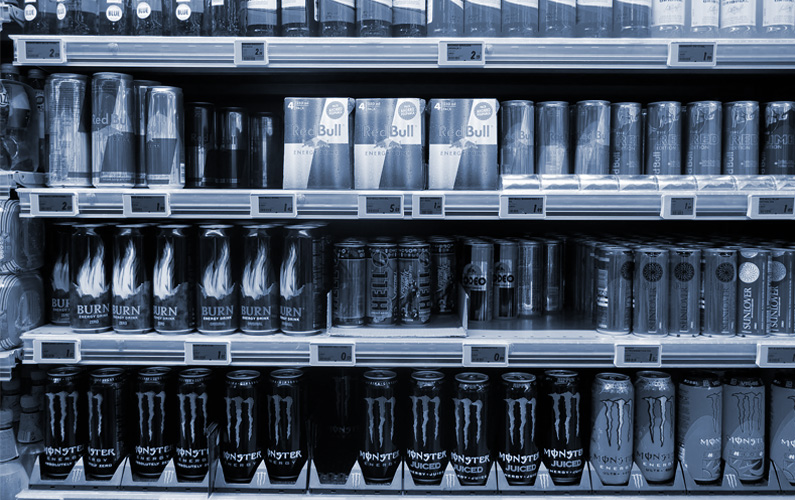 Widely promoted as fatigue killers that boost mental and physical performance, energy drinks have evolved from a niche product to one of the fastest-growing trends in the drinks market, eventually becoming the most popular dietary supplement consumed by teens and young adults alongside multivitamins.

These products continue to grow in popularity due to the accelerating pace of life in urban areas which has created a craving for more stimulants. Manufacturers market them in a way that suggests they have unique benefits, targeting young consumers by sponsoring or advertising at sports events and music concerts.

However, energy drinks are also some of the most controversial products in the food and drink market, with the media regularly publishing stories about their health effects.

In order to get hold of the ongoing debate, we analysed a sample of 320 articles published in top-tier English-language outlets from October 2018 to March 2020.

We discovered that the media discussion could be broken down into five main topics:

Naturally, the ‘Health and wellness‘ topic was central to the conversation, as most articles focused on the latest scientific findings or reported on people suffering from consuming large amounts of energy drinks. Journalists writing on this topic frequently cited the World Health Organization, according to which energy drinks “may pose danger to public health”, or the American Academy of Pediatrics, which cautions that children “should not consume” them.

The ‘Market developments‘ topic followed the dynamic business landscape which sees giants like Coca-Cola and Pepsi pushing into energy drinks as the consumption of their core products declines. In a similar manner, the ‘Product launches‘ topic discussed how companies push their new goods into the lucrative market.

The ‘Regulation and policy‘ topic focused on the latest efforts by governments around the world to address the dangers energy drinks may pose, following lobbying by advocacy groups and celebrities. Meanwhile, articles within the ‘Consumer trends‘ topic painted an intriguing picture: energy drinks are steadily growing in popularity despite the oft-repeated warnings of health experts.

Download our 14-page report to find out about the main messages conveyed within each topic, the most prominent companies in the discussion and the most influential spokespeople.