Pride 2021: How Can Brands Steer Clear of Pink-Washing? 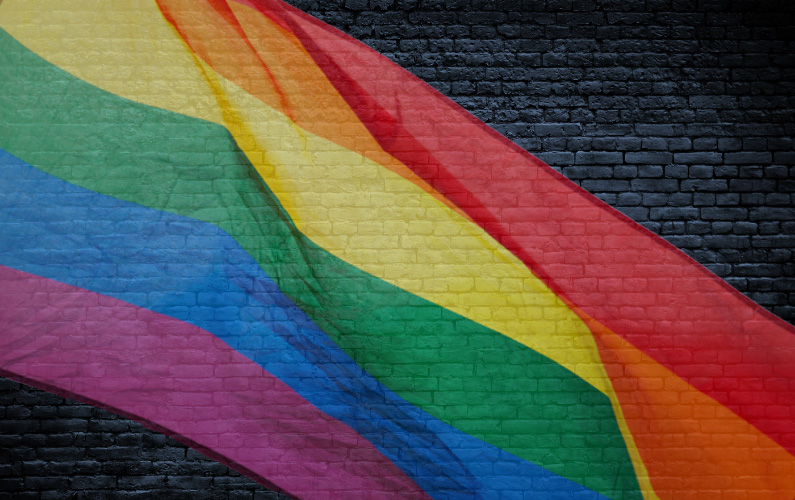 Every June, a growing number of brands launch rainbow-themed merchandise to celebrate Pride Month, and pink collections emerge like a horde of brightly-coloured locusts. For over 50 years, Pride Month has become a powerful economic engine, with big brands investing heavily in sponsorships, ads and merchandise to express their support for the LGBTQ+ community and to win over new consumers.

But while many comms experts argue that such corporate initiatives have played a positive role in “normalising” LGBTQ+ culture, more and more companies have started facing accusations of “pinkwashing”. In fact, criticism for “rainbow capitalism”, in which corporations are accused of boosting their image by selling LGBTQ+-themed products, has never been louder.

This criticism has been fuelled by many left-wing politicians and LGBTQ+ campaigners. For example, United States Representative Alexandria Ocasio-Cortez, a role model for many millennials and one of the most influential politicians on social media, tweeted that “just because a company slapped on a rainbow doesn’t mean they support the LGBTQ+ community”. Her tweet was followed by a surge of social media users passionately attacking brands for selling crass, rainbow-themed goods but doing little to give back to LGBTQ+ communities.

The allegations of “pinkwashing” could be compared to the allegations of “greenwashing” against brands hawking a sustainability ethos: the accusation here is that they are just engaged in to reap the market benefits of an eco-consciousness they can’t actually prove they’re practising.

We used Commetric’s proprietary ‘media conversation impact score‘ metric to identify the organisations with the biggest impact on the media discussion around Pride 2021.

We found that Disney had the highest media impact namely because of pink-washing controversies. The company released its Rainbow Disney 2021 collection, put a prominently positioned carousel of LGBTQ+ titles on its homepage, and donated to LGBTQ+ organizations around the world, but many media outlets reported that the company has found itself at the centre of a sexual orientation discrimination lawsuit brought by an executive employee.

The suit alleges that around the time that television executive Joel Hopkins, who identified as gay, “experienced an ongoing pattern of discrimination, including, but not limited to, being passed over for promotions and not being paid at a level commensurate with other department heads.”

Commentators noted that the accusations might be problematic for Dinsey‘s reputation, as its popular streaming service has made Pride Month a key focus of content curation on its homepage, featuring titles such as Out, Howard and Runaways.

Other companies facing allegations of pink-washing were Walmart, Amazon, and McDonald’s, which have all donated to members of Congress who voted against the Equality Act, a bill that would ban discrimination in the United States based on sexual orientation or gender identity.

According to many media stories, part of the disconnect is due to the fact that many companies donate to politicians of both parties, hoping to influence government policy no matter who wins power. From 2019 to 2020, Walmart, Amazon, and McDonald’s roughly split their donations between Democrats, who have heavily supported the bill, and Republicans, who have overwhelmingly opposed it.

Amazon tried to defend its donations, saying that it engages with policymakers and regulators on a wide range of issues: “That does not mean we agree with any individual or political organization 100 percent of the time on every issue,” the company explained, “and this includes legislation that discriminates or encourages discrimination against the LGBTQ+ community.”

But there were some companies that managed to take a better hold on the media conversation. For instance, Procter & Gamble, the world’s largest advertiser, whose record for supporting the LGBTQ+ community is near-immaculate in its consistency, once again joined forces with iHeartMedia for the return of “Can’t Cancel Pride,” a virtual relief benefit for the LGBTQ+ community featuring performances and appearances from the most influential voices in the community.

The second annual event aimed to demonstrate that nothing can cancel the heart of Pride and the spirit of the LGBTQ+ equality movement. A big part of P&G’s communications strategy is value-based marketing: it’s one of the companies that have promoted their stance on topics such as gender equality, immigration and gun control via their advertising efforts. Their best-known marketing exercise in this domain is the “Like a Girl” campaign for feminine-care brand Always and “Stress Test” for deodorant brand Secret.

Recently, the company made global headlines and triggered strong consumer reactions with its “We believe”, which focuses on the #MeToo movement, bullying and “toxic” masculinity.

Another company whose media profile wasn’t that tarnished by controversies was Apple, one of the few global companies whose CEO is openly gay and one of the most consistent corporate supporters of the LGBTQ community. The iPhone maker began annually releasing new Pride-themed bands and watch faces in 2017. Since then, these products have secured the company’s share of voice in the conversation around Pride, with its loyal fan base repeatedly publicising the watches on social channels.

For Pride Month 2021, Apple released two new Apple Watch Pride bands, in addition to a new Pride watch face. Many publications noted that Apple has been rated the best place to work for the LGBTQ+ community for 15 years straight and that the company supports a number of LGBTQ+ advocacy organizations, including the National Center for Transgender Studies and Encircle, which offers safe spaces for the community.

Meanwhile, T–Mobile was mentioned for announcing it is taking big steps to advance educational equity for LGBTQ+ youth with a donation of $1.25 million to initiatives developed by the Human Rights Campaign (HRC) Foundation and GLSEN. Lego, on the other hand, released its first-ever LGBTQ-themed set, named “Everyone Is Awesome”.

Apart from Apple, another tech giant with a positive image in the Pride discussion was Google, which announced that Google Maps and Google Search will now show if a business has gender-neutral restrooms. This update builds on top of another feature that Google had rolled out back in 2018. The feature enabled owners to mark their businesses listed on Google as “LGBTQ-friendly” or “Transgender Safe Space”.

But while some companies were covered positively on traditional media, this certainly wasn’t the case on Twitter, where almost every big brand was accused of pink-washing and rainbow capitalism.

Analysing the Twitter debate around Pride in May and June, we found that Disney was once again at the centre:

Disney joined in with Pride Month celebrations on June 1, posting a tweet of some of its iconic characters walking across a Pride flag and saying: “There’s room for everyone under the rainbow.”

But this was perceived as a hollow gesture, including by some of Disney’s own employees like Alex Hirsch, a voice actor, writer and producer, who created the Disney Channel animation Gravity Falls. The film confirmed a gay romance between two characters in its series finale in 2016, but Hirsch suggested he met resistance behind the scenes.

He accused the company of hypocrisy, tweeting that Disney privately wants to cut gay scenes because they might lose “precious pennies from Russia & China”, but publicly puts a rainbow bumper sticker on Lightning McQueen. So far, his tweet has received more than 44.2K retweets and 158.2K likes.

Hirsch urged other creatives: “Please mercilessly spam your execs with ‘there’s room for everyone under the rainbow’ next time they tell you to ‘please revise’ your LGBTQ+ character for ‘not being Disney appropriate’.”

As if this wasn’t enough for Disney, other Twitter users noticed that the official Twitter accounts for the company in countries where LGBTQ+ issues are not as freely discussed didn’t celebrate Pride. For example, many pointed out that the Russian Disney official Twitter account, Disney’s Singapore account and its India account didn’t mention Pride at all.

Some noted that Disney is trying to avoid backlash by not promoting Pride in certain locations – which in turn resulted in a backlash in the countries where it did promote it, as users felt this was hypocritical. Many commented that it’s frankly embarrassing that the company keeps trying to pretend it supports LGBTQ+ people while it’s unwilling to risk “even a single dollar” to actually represent them.

Google followed Disney as many noted that the tech giant fired 3 trans women and a queer man allegedly for engaging in employee activism. Users saw that as a contrast to the company’s public backing of Pride with the Google Maps and Search initiatives.

Some tweeted that while Google will throw coloured confetti and flags at you, they’ll prevent trans employees from accessing the crucial resources that have long helped make Google a safer-than-before place to work for many workers.

Target and Walmart were mentioned consistently on Twitter as stores that should be shunned if shoppers want to avoid rainbow capitalism. Users urged everyone to celebrate Pride by spending their money with LGBTQ+ business owners and support queer and trans folks directly. Lego was another brand which was perceived to support Pride solely for marketing purposes.

In a similar manner, McDonald’s, Walmart, and Amazon were perceived to actually exploit Pride Month as they donate to politicians who voted against the Equality Act. AT&T, Bud Light, General Motors, NBC Universal, and Coca-Cola were also mentioned for trying to make money from the LGBTQ+ community, as all of them have actively funded the lawmakers who promoted hate against trans people.

For example, AT&T was accused of putting on a Pride Twitter banner while donating $56,295 to American senator Mitch McConnell’s 2020 campaign while he was actively blocking the Equality Act. General Motors, on the other hand, was blamed for donating $458,000 to anti-LGBTQ members of Congress and $16,000 to state legislators who sponsored anti-trans bills this year.

Even Apple wasn’t immune to Twitter criticism, as users noted that the company is prepping to shut down queer dating apps and that’s the reason why corporations should be kept out of Pride. Some remarked that profit will always get in the way of queer liberation and that 0% of Apple Watch Pride Edition purchase profits are being assigned to an LGBTQ+ charity or any charity in general.

The critical mood of the Twitter conversation has become apparent when we compiled a wordcloud of the most commonly used terms around each brand:

It’s interesting to note that during last year’s pride, Skittles was a social media sensation. The brand, whose iconic rainbow is recognised globally and whose tagline is “Follow the Rainbow. Taste the Rainbow.”, ditched its colourful symbol and introduced grey limited-edition “Pride Pack” candy bags. The campaign’s message is “Only one rainbow matters during Pride”, promoted online via the #OneRainbow hashtag. This year, the brand reintroduced its Pride Packs and ran a similar campaign.

Bu while in 2020 a number of users welcomed the idea, calling it “one of my fav things” and “so freaking cute“, now Skittles didn’t manage to engage as many users and was mentioned as a big corporation which should be avoided for pink-washing.

How can brands avoid accusations of rainbow capitalism?

Apart from the obvious measures like actually implementing LGBTQ+-inclusive programmes, there are a few things comms professionals could do: