How Is Big Alcohol Trying to Stay Relevant? A Competitive Benchmarking Media Analysis 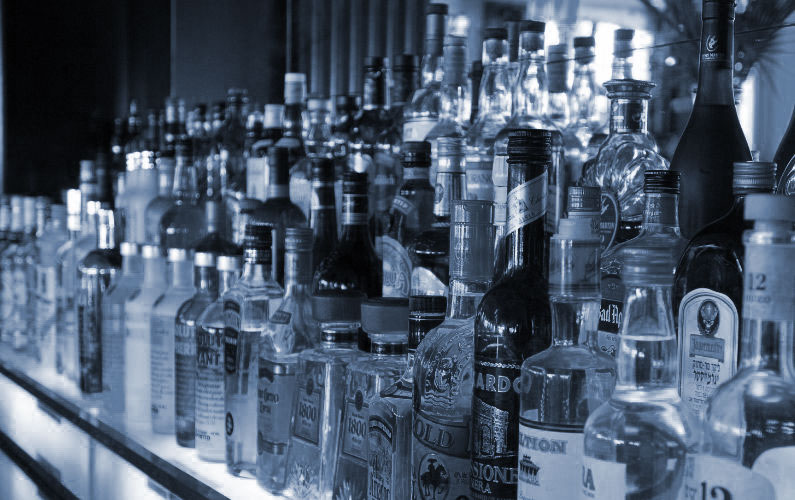 This trend has only accelerated during the pandemic when personal health became a top priority for consumers. In addition, the near-complete shutdown of bars and restaurants around the world decreased total beverage alcohol consumption.

However, Covid also accelerated the impact and growth of key industry drivers, such as the development of eCommerce, premiumisation, the rise of the ‘home premise,’ moderation, and the need for convenience in product formats. Companies have tried to stay relevant by capitalising on these drivers via new branding and positioning strategies.

To analyse how the latest developments on the alcohol front have been reflected in the media, Commetric compiled a report assessing the media profile and performance of five key alcohol players – Diageo, Bacardi, Suntory, Brown-Forman, and Pernod Ricard.

We sourced and qualitatively analysed 1474 English-language articles published between March-July 2021 in a set of pre-defined global publications. These comprised top mass media outlets like Reuters, the New York Times, Forbes and the Guardian, as well as leading industry publications such as The Spirits Business, Beverage Dynamics, Beverage Daily, BBC Good Food and Food & Beverage Magazine.

Because our analysis focused on corporate brands, Financial performance emerged as the most prominent topic in the media conversation, followed by Product launches and investments.

There were many positive Financial performance stories, as the summer months saw countries lifting Covid restrictions, which in turn resulted in increased socialising and drinking occasions.

For example, one of the most widely covered stories was about London’s FTSE 100 Index gaining due to investor optimism about economic re-opening, with Diageo being the top boost, alongside Unilever. In the meantime, Pernod Ricard raised its 2021 profit forecast due to ‘sales acceleration’ brought about by the gradual re-opening of the on-trade, while Suntory‘s shares jumped, as a pickup in Japan’s vaccination drive raised hopes of the economy recovering from the shackles of the pandemic.

Meanwhile, the Product launches and investments topic traced how another pre-Covid trend continued to accelerate: product premiumisation, the strategy of making a product appeal to consumers by emphasising its superior quality and exclusivity.

Many news pieces, especially in the trade press, reported on companies introducing offerings of spirits priced at $200-a-bottle and up. For instance, Pernod Ricard has been investing in a number of “super‐premium” and “ultra‐premium brands,” while Beam Suntory has committed to achieving more than half its revenue from premium drinks by 2030.

The topic also monitored how companies such as Bacardi and Pernod Ricard tapped into emerging trends like canned cocktails and hard seltzers, framing them as better-for-you products to lure younger consumers. The ready-to-drink category is increasingly viewed as the saviour of the global alcohol beverages industry. Predominantly focused on the younger market, RTD has undergone a resurgence, with diverse new product developments and carefully styled packaging. In fact, it has been the fastest-growing category in the beverage business.

For more on this topic, take a look at our analysis “The Ready-to-Drink Trend: Can Canned Cocktails and Hard Seltzers Save the Alcohol Industry?”

Positioning themselves as good corporate citizens has become a top PR priority for alcohol giants, which saw the emergence of topics such as Sustainability, Health and wellness, and Diversity and inclusion.

Within the Sustainability topic, a number of articles noted that the drinks sector’s sustainable strategies and practices were considerably behind other industries.

But after a temporary halt at the start of the pandemic when it all was about safety and hygiene, drinks companies have renewed their focus on environmental issues – a growing priority for consumers and investors alike. Our report found that the media’s attention was again grabbed by initiatives like Society 2030: Spirit of Progress, Diageo’s 10-year sustainability action plan, which incorporates a range of targets, including a 30% improvement in water use efficiency and aiming for net-zero carbon indirect operations.

Other companies that managed to promote their sustainability credentials were Bacardi, which aims to source 100% of its key ingredients from sustainably certified suppliers by 2025, and Suntory, which hopes to have 100% sustainable packaging by 2030.

It certainly seems that the pandemic-induced drop in news coverage of environmental issues will be temporary – public concern about climate change has not necessarily declined, with polls finding widespread global support for government actions to prioritise climate change in the economic recovery. This means that in the near future, drinks companies can capitalise on another Covid trend – the growing interest in science – to promote their sustainability efforts.

And as Health and wellness quite naturally moved into the spotlight for many consumers amid the Covid pandemic, many companies tried to capitalise on the trend either by product development or by launching new campaigns. For example, Suntory received media attention for reducing average added sugars in beverages, while Pernod Ricard started a new responsible drinking campaign, called Drink More…Water, designed to persuade young adults that excessive drinking is not fun.

But the topic provided a reputational boost to companies like Diageo, whose Distill Ventures fund invested in drinks entrepreneurs from underrepresented groups, and Brown-Forman, which invested in minority-owned spirits brands. However, companies might be well-advised to increase the visibility of female execs in the media: it’s not enough to say that you support diversity – it’s important who within your organisation says it. Female executives usually manage to gain a large share of voice and their exposure results in a high volume of earned media coverage.

Download our full report to find out about each companies’ share of voice, key topics and messages, and most influential spokespeople.