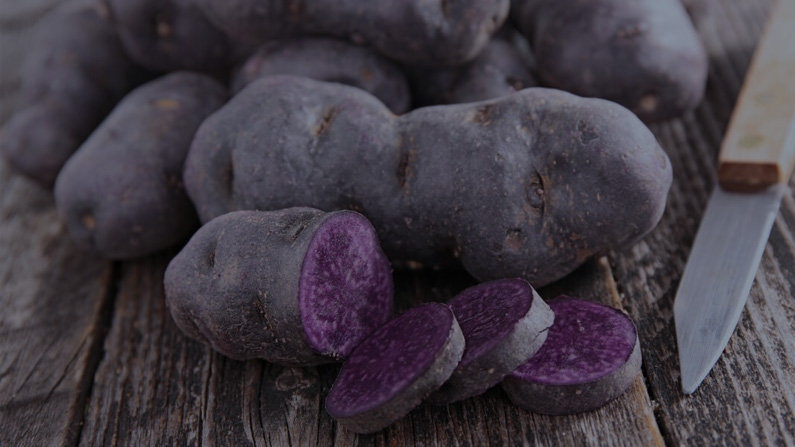 Vertical farming, algorithmic food design, mood factoring – concepts that may sound like excerpts from a science-fiction script, but according to the authors, are well on their way to entering mainstream consciousness. The report ends with a selection of three ‘hot’ ingredients – pandan leaves, purple sweet potatoes, and Sherry wine.

In a series of three blog posts we take a closer look at the factors behind the buzz these ingredients have been enjoying during the past year. We kicked things off with pandan leaves, a delicious ingredient that can trace its origins to South and Southeast Asia, but has been expanding way beyond its traditional range.

Where is the conversation happening, who are the people leading it, and what kind of information can this give us on the diffusion and circulation of trends via social media? These are some of the questions we hope to clear out by diving into the data for our next trendy snack – purple sweet potatoes!

Native to the tropical regions of the Americas, the sweet potato (or Ipomoea batatas) has nonetheless spread across the globe, featuring in national cuisines as diverse as Egypt, Japan, Uganda, Argentina, and New Zealand. In terms of production, China and India dominate the market, accounting for more than a third of all harvested potatoes as of 2013.

The former’s exports remain relatively negligible however, with most of the produce going to the cattle industry. This means that despite China’s huge market segment, the overall sweet potato export levels remain more balanced than their pandan counterparts, both in terms of pure numbers and geographical spread.

Potatoes have long been a mainstay due to their relative ease of growing and high overall yield. The purple sweet variety is exceptional not only on account of its unusual coloring, but also because of higher nutritional values. In fact, its raw Oxygen Radical Absorbance Capacity (ORAC) value is 2,720 – more than three times higher than a regular sweet potato (902), and the highest of any member of the genus.

Looking at the social media activity surrounding purple sweet potatoes, however, it is likely that the vegetable’s distinct color has had more to do with its newly found trendiness than antioxidant levels. Take Instagram for example; the image-sharing platform began the year at the back of the pack in our head-to-head comparison, but by Q4 it was responsible for more content than Twitter and Tumblr combined.

Tumblr also provided a large part of the overall coverage, though unlike Instagram where activity was fairly balanced, peaks were evident due to mass re-blogging of predominantly visual-based posts.

Unlike pandan leaves, whose center of discussion gravitated around their Southeast Asian point of origin, purple sweet potatoes have well and truly gone global. In terms of the largest social media ‘market’, the United States was far and away the leader, with a 67.1% share on Twitter and Tumblr at the halfway point of 2017. By the end of the year this had decreased to 61.2%, although in terms of pure numbers there was a slight uptick.

The reason behind the percentage drop is the increased spread of social media activity. All but two out of the top 10 countries at the end of the year had recorded significantly higher numbers than at the end of Q2. The largest gains were evident in Indonesia, Canada, Cameroon and Thailand. While the first three are all major producers, Thailand has only experienced growth in that segment during the last few decades. The large numbers of tourists who share content while on vacation likely enhance the uptick in social media activity. This image, shared as part of a Tumblr post by the ‘foodffs‘ account was behind the largest single day activity peak for purple sweet potatoes during 2017. The photos originally appeared on the Wallflower Kitchen food blog.