Earnings Releases and PR: The Perks of Media Analytics 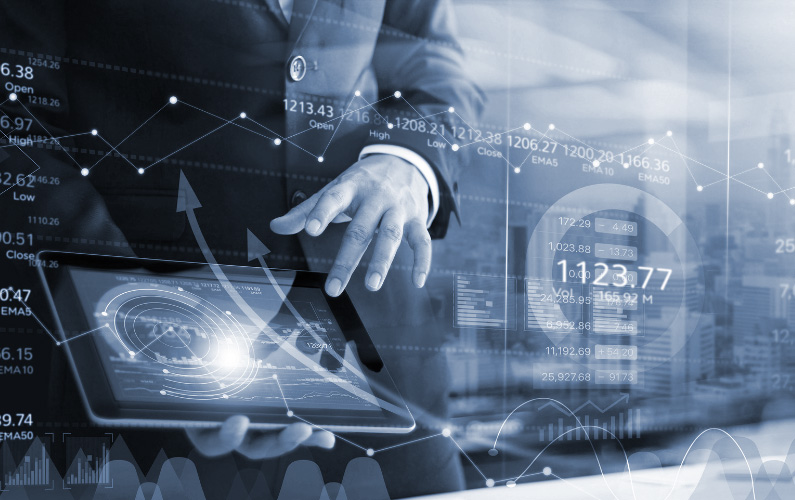 Many mainstream outlets like the New York Times or the BBC don’t cover earnings at all unless there’s some unusually interesting angle. Moreover, some publications like Reuters and Bloomberg automate all or some of their earnings coverage. Others only cover earnings announcements that involve large-cap companies.

In order to gain some insights into the media conversation around financial results, we decided to use our AI platform ComVix to help us understand which industries and companies gained the most traction in the media in relation to their earnings releases. Our tool uses rule-based natural language processing (NLP) and machine learning to track almost 500 news-reported business events that affect companies and industries.

We analysed media data from thousands of outlets for the period 4 February – 6 March 2021, covering most publicly-traded companies, and looked into the media resonance of their earnings announcements, i.e. the amount of media coverage that referenced the companies and their financial results.

Our analysis showed that as a whole, earnings announcements of big and well-known companies attract more media coverage.

The first peak in media resonance on 4 February 2021 was related to Deutsche Bank, whose earnings announcements made headlines for showing a return to profit, as the bank sold bonds for the first time since breaking a five-year run of annual losses.

The financial performance of Germany’s biggest lender has been closely watched ever since it made a statement announcing a radical transformation – a proclamation which made global headlines across a wide spectrum of media outlets, prompting a flood of analyses into the bank’s strategy and the state of the financial services industry as a whole.

The move also aimed at restoring the bank’s reputation after the bank’s name suffered some severe hits over the past few years, including money laundering allegations, failed merger talks, failed US bank stress tests, downgrades to its investment-grade ratings, police raids and lawsuits by Donald Trump. These mishaps led to many media outlets asserting that Germany’s biggest lender has a global reputation for scandal.

For more on this topic, read our analysis “From Media Data to Reputation Analytics: A Case Study of Deutsche Bank”.

The second peak in our analysis – on 11 February – involved AstraZeneca, a company that is very much under the spotlights for its role in vaccine development. It reported full-year revenue of $26.6bn, up 10% at constant exchange rates, reflecting very strong growth in the group’s new oncology treatments.

This didn’t include any gain on the sale of COVID-19 vaccines, or the effect of the planned Alexion deal. The company said it was the first time in “many years” that quarterly product sales were so strong, and CEO Pascal Soriot said last year’s performance “marked a significant step forward for AstraZeneca. Despite the significant impact from the pandemic, we delivered double-digit revenue growth.”

Another peak was on 18 February when Walmart reported fourth-quarter earnings that fell short of Wall Street’s expectations as the retailer aims to turn the strength of its e-commerce business during the pandemic into lasting momentum and higher profits by boosting investment.

While the retailer was one of the winners from the pandemic – Americans bought more groceries, cleaning products and other essentials, especially with their stimulus checks during the fourth quarter – its costs also increased, as in the fourth quarter alone Covid-related expenses tallied $1.1 billion.

Meanwhile, Nvidia was mentioned in many outlets on 25 February for reporting financial results for Q4 FY 2021 that surpassed analyst expectations. The tech company said that its acquisition of computer networking products supplier Mellanox is helping it to expand further into the data centre market.

Apart from Deutsche, another bank that attracted media attention was HSBC, which was mentioned in outlets like the BBC, Reuters and CNBC for reporting full-year earnings for 2020 that beat expectations and announced a dividend payout for the first time since the pandemic.

Europe’s largest bank by assets also used the earnings release to make a strategy update, signalling its “pivot to Asia”, outlining plans to invest about $6bn in the region. It’s planning “double-digit growth” from wealth management and commercial banking and has singled out Asian markets such as Singapore, China and Hong Kong.

Toyota also featured in the media for sharing a new strategy: years after prioritizing hybrid cars, the automaker says it will launch three new electrified cars for the US market this year: two battery-electric vehicles and one plug-in hybrid.

In addition to following big companies, our analysis found that media outlets consider it newsworthy when the stock prices react significantly. The top-trending messages in the media conversation were related to forecasting profits, dividends announcements and target price raises.

There were companies that otherwise rarely get media attention but were prominent in our sample because of their favourable financial results. For example, video game company Activision Blizzard saw revenue grow quickly as people spent more time at home. Such Covid-related boosts proved to be headline-grabbers.

Healthcare in the spotlight

Not surprisingly given the media’s focus on the pandemic, Health was the industry that attracted the bulk of media coverage.

Apart from AstraZeneca, another health company to feature in the media was Bristol Myers Squibb, which got quite a boost in fourth-quarter revenue from the drugs it received through its acquisition of Celgene. According to some commentators, Celgene’s drugs were the ones contributing much of the growth.

In the meantime, hospitals company Universal Health Services ended the last year with a $308.7 million profit in the fourth quarter of 2020 but also included a hit of $42.1 million, or 49 cents per diluted share, in the fourth quarter resulting from costs associated with a massive IT breach in September.

Interestingly, Pfizer – a company that is in the centre of the media debate around vaccination – didn’t generate that much media coverage as AstraZeneca and Bristol Myers Squibb. Its fourth-quarter results were mixed as it missed estimates for earnings while beating the same for sales. According to some analysts, the financial results didn’t account for the growth that the company is about to enjoy thanks to its vaccine.

According to some analysts, it looked like the market is not ready to buy into the vaccine story despite the continued problems on the coronavirus front and the potential for recurring revenue in case of annual vaccinations. The market optimism also decreased as competition emerged while Pfizer’s vaccine requires ultra-cold temperatures for storage. That’s why some commentators reckoned that Pfizer shares will need additional positive catalysts to get out of the current downside trend.

For more on this topic, download our “Pfizer: Corporate Reputation Analysis Case Study”.

There was an interesting development within Retail, as activist investors looking to replace Kohl’s board sounded off on the retailer’s fourth-quarter results in a letter to other shareholders. “We believe Kohl’s fourth-quarter earnings report and full-year 2021 guidance substantiate the immediate need for change on the board,” the activists, who control 9.5% of Kohl’s stock, said in the letter.

Innovation and strategy not that well represented in the earnings coverage

We also considered which other coverage drivers managed to resonate in the media debate around earnings. The chart below illustrates the most prominent drivers co-cited in the news about financial results:

The Capital and CEO drivers featured in most articles as journalists reported on share buybacks and quoted the CEO’s statement from the press release. Litigation was the third most influential coverage driver, most often involving a company getting sued over allegedly misleading financial information.

Against this backdrop, Products and Services, CSR/Governance, Innovation and Business Strategy didn’t manage to penetrate the coverage that well – these coverage drivers lagged behind the purely financial ones.

But our analysis showed that companies that used their earnings releases to announce some additional news relating to those drivers secured more stand-alone articles rather than just mentions in industry round-ups.

A good example was HSBC, which announced its major change in strategy alongside its earnings and had stan-alone stories in outlets like the BBC, CNBC and Reuters. Another example was department store company Macy’s, which launched a new media network during the quarter and announced that is planning for its online business to become even more profitable.

Apart from these instances, the low percentage of co-citations with drivers like Products and Services, CSR/Governance, Innovation and Business Strategy means that not many PR teams took the opportunity to use the earnings releases to present information beyond financial results, such as a new product or service launch, or a major shift in strategy.

How media analytics comes in handy during earnings season

In order to successfully communicate their corporate story, PR and communications professionals can use media analytics around earnings announcements, which would help them in several ways:

Take a look at how we used media analytics around GSK’s earnings announcements to provide strategic insights.