Which Companies Moved the Needle With Innovations? A Media Analysis 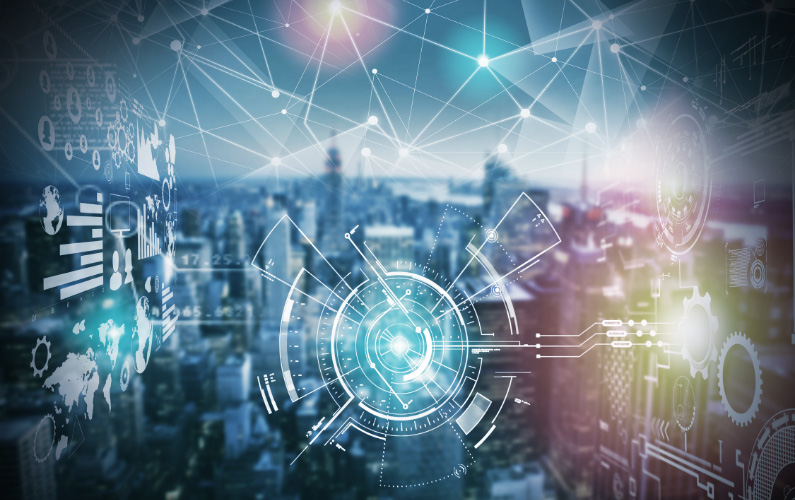 It’s one of those staggering statistics: brands launch more than 30,000 new products every year and 80% of them fail. Yet, 63% of people responding to a Nielsen study said they like brands to offer new products—which means they’ll continue to try despite the high risk of failure.

Naturally, PR plays a key role around every launch, since every new product or service has the potential to bring brand awareness for the company if journalists find it newsworthy. However, recent newsroom cutbacks and shrinking media budgets also mean that reporters are getting harder to impress and PR pros might requires a more entrepreneurial approach.

In order to gain some insights into the media conversation around innovation, we decided to use our AI platform ComVix to help us understand which industries and companies gained the most traction in the media in relation to their innovation activities and new product launches. Our tool uses rule-based natural language processing (NLP) and machine learning to track almost 500 news-reported business events that affect companies and industries.

We analysed media data from thousands of outlets for the period January-March 2021, covering more than 3,000 publicly-traded companies in the US and UK, and looked into the media resonance around new product launches.

We found that Technology was the industry dominating the innovation conversation. This is hardly surprising since tech has a strong reputation for being innovative, and the media is full of tech-related buzz words with fuzzy meanings, such as Artificial Intelligence, Big Data, the Internet of Things, which are thrown around by journalists and pundits in every context imaginable.

According to many analysts, Big Tech got even bigger during the coronavirus pandemic, as millions are confined at home, relying on services such as online retailing or video conferencing.

Tech companies were quick to position themselves as essential not only for coping with life under quarantine but also for battling the virus itself by utilising new software solutions.

The media debate around tech’s innovation in our research period was driven by Microsoft, which introduced the first Microsoft Teams Rooms portfolio on Windows and Android in a new collaboration with Logitech.

The company also announced Azure Percept, its new hardware and software platform for bringing more of its Azure AI services to the edge, combining its cloud tools for managing devices and creating AI models with hardware from its device partners. The new solution was framed as an idea is to make it far easier for all kinds of businesses to build and implement AI.

Another prominent tech company was Sony, which introduced a new slate of free (technically complementary) games for its PlayStation Plus subscription service, while also rolling out a system update to improve the PlayStation’s system performance.

In the meantime, Qualcomm launched its own Snapdragon Insider program to create a united community around its products, and Intel introduced a new facial recognition system for smart systems with a proprietary neural network designed to authenticate face to consumer-facing devices such as point-of-sale systems, ATMs, and smart locks.

Another tech company under the media spotlight was Netflix, which launched a short video platform “Fast Laughs” which some journalists considered as inspired by Tik-Tok. The feature lets users enjoy short video clips from popular comedy movies and shows.

The Industrial sector came second because of SpaceX, which launched more than ever and actually broke its previous record of 21 launches set in 2018. The media particularly went crazy about the company sending sent two Nasa astronauts into orbit, initiating a new business model for Nasa.

Although the pandemic slowed operations in many industries, Elon Musk’s company put nearly 420 of its own satellites into low-Earth orbit and proceeded with efforts to begin offering limited commercial Internet service by late this year or early 2021.

These developments, as well as the celebrity status of Elon Musk, made SpaceX one of the most influential companies in the innovation conversation:

To identify the most influential brands in the innovation debate, we applied Commetric’s patented Influencer Network Analysis methodology, which uses advanced NLP and graph theory to measure the media conversation impact of companies and individuals.

After the aforementioned tech giants Microsoft and Sony, Nissan was the third most influential company for unveiling its next-generation SUV. The company received media attention for revealing the pricing (£29,270) for the limited-run Premiere Edition which will be the first model available to buyers.

Within the Industrial sector, another automaker to hit the headlines was Toyota. which clinched an agreement with Chinese hydrogen fuel cell engine maker Beijing SinoHytec Co to set up a 50-50 joint venture to produce fuel cells for commercial vehicles in China.

In addition, recent reports suggested that Tesla and Toyota are poised to revisit an old partnership to develop an all-new electric vehicle, which would likely be a small electric SUV.

Their rival General Motors unveiled two new chevy bolt EV models to boost its plans to deliver as many as 30 EV brands to the market by the end of 2035.

GM also introduced a new, more-contemporary logo as well as campaign called “Everybody In”—with an emphasis on the “ev,” for electric vehicles, trying to leverage the power of its corporate brand. The goal is that corporate-level messaging would create a halo effect for its individual brands that will be powered by the same technology.

Walmart was mentioned in a similar context – it utilised the TikTok’s short video platform to host livestream shopping events. Other companies capitalising on that trend included Amazon, J.C. Penney and Fred Segal.

The Health sector was dominated by Johnson & Johnson‘s announcement that the U.S. Food and Drug Administration has issued Emergency Use Authorization (EUA) for its single-dose COVID-19 vaccine, developed by its Janssen subsidiary. In the meantime, Hyderabad-based Dr Reddy’s Laboratories said it expects to roll out Russia’s Sputnik V vaccine in India.

Our recent analysis around pharma innovation, based on 670 public companies in the Healthcare sector, discovered that the media coverage of pharma innovation more than doubled in 2020 compared to 2019. The emphasis on innovation and the eventual success of the vaccines could finally help the industry to deal with the criticism that it is too slow to bring novel medicines to market.

Interestingly, sectors that don’t normally have a reputation for innovation also produced some headline-grabbing business stories.

For instance, within Food, Beverages and Tobacco, Starbucks continued to add to the menu with no signs of cutting it back, unlike its competition. And within Financial Services, JPMorgan Chase announced it will offer U.K. consumers a completely new banking choice when it launches a digital retail bank in the coming months.

How can media analytics help with communicating innovation

Our analysis showed that the mainstream conversation around innovation regularly focuses on big well-known brands which introduce new products or services with the potential to make a change for their large customer bases. But even smaller brands could design a PR strategy informed by media intelligence to get themselves noticed.