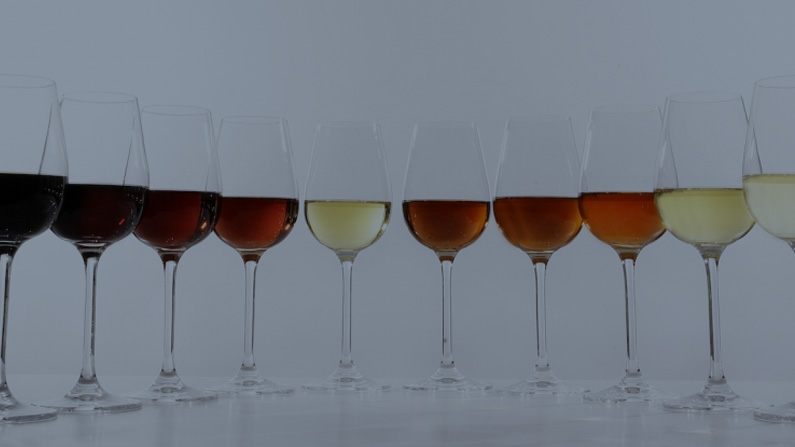 Vertical farming, algorithmic food design, mood factoring – concepts that may sound like excerpts from a science-fiction script, but according to the authors, are well on their way to entering mainstream consciousness. The report ends with a selection of three  ‘hot’ ingredients – pandan leaves, purple sweet potatoes, and Sherry wine.

In a series of three blog posts we take a closer look at the factors behind the buzz these ingredients have been enjoying during the past year. We already covered pandan leaves and purple sweet potatoes, and for the third and final feature in the series our spectrum will expand to drinks as well.

Where is the conversation happening, who are the people leading it, and what kind of information can that give us on the diffusion and circulation of trends via social media? These are some of the questions we hope to clear out by diving into the data for our next trendy item – Sherry wine!

Hailing from the province of Cádiz in Andalusia, southern Spain, Sherry is a type of fortified wine that has been a symbol of the region since the ancient Phoenicians introduced wine-making there more than 3,000 years ago.

On average, sherry wines range from 15 to 22 percent in terms of their alcoholic content, due to a fortifying process that takes place after fermentation is complete. Because of this, many strains tend to be sweeter than other Iberian specialty wines, such as port. Due to the high volume of alcohol they are also more resistant to spoilage, making them a preferred choice for cooking.

Despite its relatively limited initial geographic spread, sherry is nowadays found across the globe, and there are a lot of diverse types to be explored by wine aficionados. Lighter varieties include styles like Fino and Manzanilla, while those who prefer their drinks a tad stronger might want to go for an Oloroso or Amontillado.

Throughout 2017, sherry wine experienced constant gains when it came to social media discussions, in particular on Instagram and Twitter. Coverage was more stable when compared to pandan or purple sweet potatoes, likely due to the fact that sherry is better established and present in more markets.

Tumblr led the way in terms of overall volume during 2017, with almost 12,000 posts during Q1 alone – more than Instagram racked up during the entire year! The blogging platform allows for longer entries and tends to stimulate text-based exchanges; this can be seen as beneficial for a topic like sherry, which does not rely on visuality quite as much as our previous two entries.

Due to the presence of a strong cocktail culture in many of its traditional markets, sherry is also well-suited to take advantage of hashtags, where it is often grouped with other drinks, thereby increasing its potential reach. The top 5 beverages most often mentioned alongside sherry were whiskey, vermouth, gin, beer, and brandy.

The one-click reposts, similar to Twitter, allow for some truly impressive numbers, regardless of the actual content – several items reached over 100,000 interactions in total (retweets and likes together).

Naturally this means that Q1 numbers for Tumblr are somewhat skewed, and when taken in context, it was actually Instagram that recorded the highest percentage gain throughout the year, at more than 400 percent. Twitter activity also expanded, more than doubling from Q1 to Q4.

Together with pandan, sherry recorded a huge increase in the United Kingdom during 2017, propelling it to the top spot for the second half of the year. Sales had dropped from 22 million bottles in 2005 to just 10m by 2016, according to the UK’s Wine and Spirit Trade Association.

Boosted by an increasing demand for drier and more elegant beverages, however, 2017 numbers were running around a quarter above those for the previous year, even as overall wine consumption continued falling.

The United States remained the largest market when all 12 months were taken into account, with the drink’s traditional homeland Spain a strong third. France and Canada completed the top 5 after recording significant gains during Q3 and Q4.

Notably, six out of the top 10 countries by conversation share were English-speaking, with New Zealand and India falling just outside. This type of language-based clustering can actually be traced back to the end of the 16th century, when British sea captain and privateer Francis Drake sacked the port of Cádiz, at the time the largest in all of Spain. Part of the spoils brought back by Drake included nearly 3,000 bottles of sherry, which helped to popularize the drink on the isles.

In the following centuries exports to the UK were the main source of income for many in the wine-growing southern regions of Spain, and a number of contemporary wineries were actually founded by British families. The drink essentially became part of two distinct national cultures, and was exported to different parts of the (then) British Empire. As such, it remains popular in places like Ireland, South Africa and Australia to this day.

Lastly, although sherry is more geographically widespread than either of our two previous entries, it is also focused in a smaller number of main markets. The top 10 countries in the chart above occupied more than 92 percent of all social media mentions. This also produced a relatively flat coverage trend, with few peaks evident throughout the year. The most notable exception took place in mid-August, when a number of Spanish-language Twitter accounts mentioned sherry as part of a promotion for a local festival in Cádiz.